Some say the arcane practice of charting works. Others say it’s a bunch of hooey. 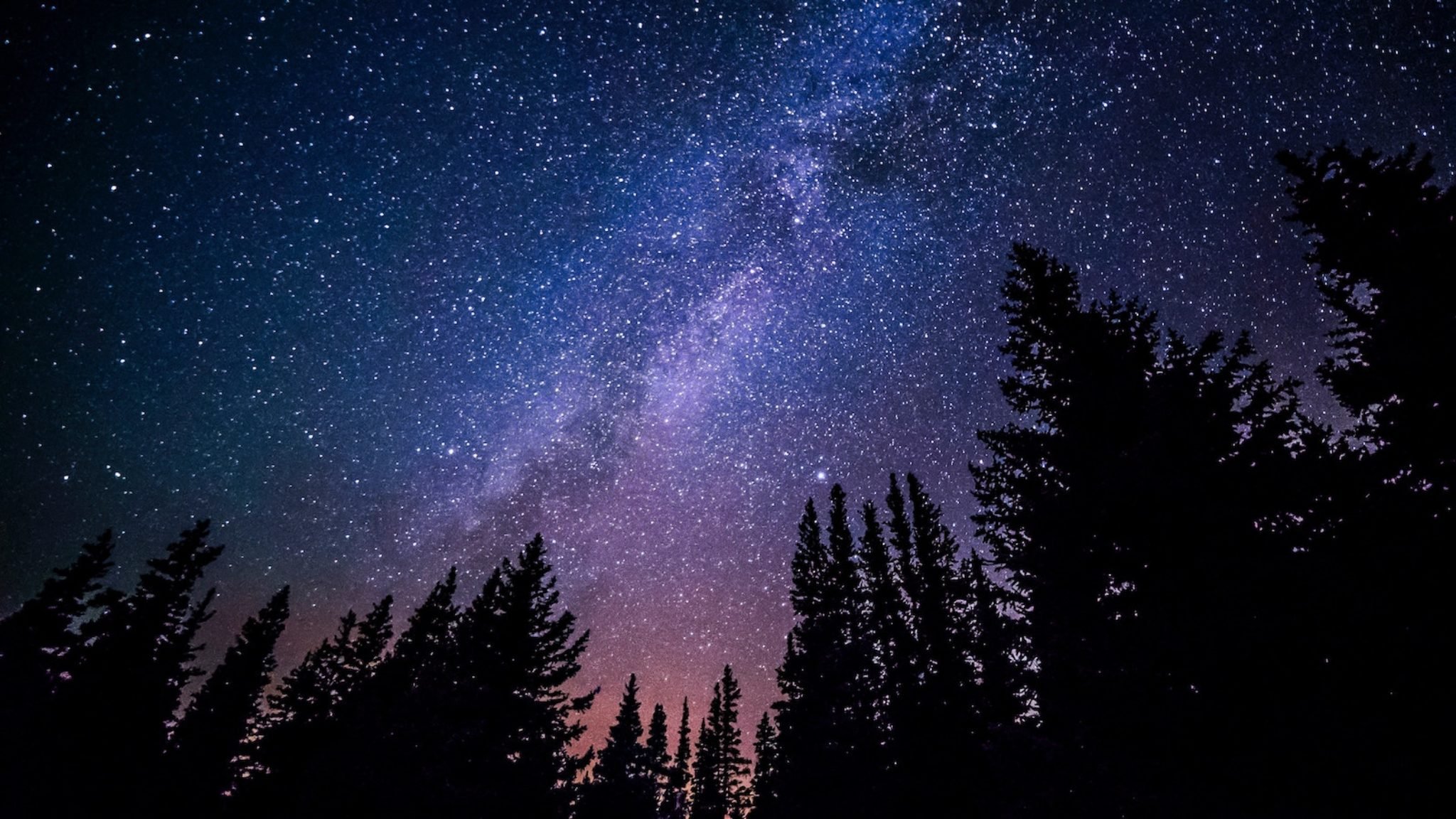 Like an ancient mystic searching for glimpses of the future among the tea leaves, the popular cryptocurrency trader “Satoshi Flipper” tried to guess how a popular crypto token’s price would pan out.

“Very bullish daily close for $LINK today,” he tweeted on August 15, above an annotated chart of LINK’s most recent price movements. “Not only because of the candle, but we closed above an important 23k sat level and now there is nothing between here and the next big resistance [at] 29k sats.”

Flipper was talking in the other-worldly tongue of “technical analysis,” an arcane discipline whose adherents are convinced they can predict the future prices of their investments by looking at past trends. You’ve seen them online: they talk about things like “moving wedge formations” and “fibonacci curves,” and they’re able to draw out trivial blips on graphs into 900-word articles on venerable sites with names like CryptoSponge.

“Technical” analysis is starkly different from “fundamental” analysis. Fundamental analysts try to gauge assets’ “intrinsic value” by looking at “fundamentals”—revenue of the issuing company, news developments, technological prowess. Technical analysts, on the other hand, believe these fundamentals are already reflected by price, and that future prices can only be determined by looking at charts and analyzing “statistical trends gathered from trading activity.”

In other words, technical analysts are predominantly looking at data and doing a form of pattern recognition. To them, an asset can’t be over- or undervalued; the market just kind of shuffles along at its own natural pace, which can be analysed and understood using charts.

In crypto markets, technical analysis is wildly popular, because nobody has a clue about why things are valued (why is “JesusCoin” still worth a whopping $0.000016?), and the heuristic that the markets are always right is comforting and clarifying. But in the hands of an amateur, technical analysis becomes a dubious pseudoscience—the astrology of price prediction.

Nevertheless, in the bizarre parallel universe of crypto markets, technical analysis can make a strange sort of sense.

Almost all big-time crypto fund managers—the people responsible for millions of dollars’ worth of clients’ funds—shun technical analysis. These people invest in the long term. Technical analysis, if it’s useful at all, favors split-second trades. Kyle Samani, of the large fund Multicoin Capital, says he eschews the practice entirely. As do Joey Krug, of Pantera Capital, and Nic Carter, of Castle Capital Ventures.

Carter dismisses technical analysis because, in his view, cryptocurrency markets are mostly “efficient.” Things that are already broadly known, like news developments, technical specs and investor behavior, are already “priced in,” he says, meaning if there were any “alpha”—trading advantage—to be gained from understanding the human psychology behind trades, that would already be priced in too. Only uncovering wholly new information, which the market does not yet know, can affect an asset’s price.

If technical analysis were truly a “proxy for a set of behavioral features about humans that can in theory be codified into some algorithm,” Carter says, “then I'd expect a quant fund to exploit all of those signals until they are gone.”

But alas, that hasn’t happened.

“How dare you insult TA!” we hear you screech. “A timely cup and handle formation just made me $3!”

But critics say that’s just a thing called “coincidence.” Of course, technical analysis sometimes seems to work, says Janny Kul, who crunched the numbers on hundreds of TA research papers. Likewise, a coin flipped several times might yield five heads in a row. But it's mistaken to believe that the results of those flips will influence future flips. That's the "gambler's fallacy."

Many of the research papers affirming technical analysis’s accuracy, Kul says, are indeed “p-hacked,” whereby a researcher takes these anomalies and dresses them up as conclusive evidence.  “It’s backwards-looking by design,” he says. “It just explains the past, it doesn’t tell you anything about the future.”

“BTC jumped 6 percent on Monday, confirming an upside break of a descending triangle pattern, a bullish development,” reads one recent vertiginous passage in Coindesk. “BTC is trapped in a falling channel on the hourly chart (above left) and is currently bouncing up from the rising trendline support,” reads another. Only if “prices find acceptance,” an analyst writes, will a bull run be on the cards.

But it’s often the case that this kind of stuff is pure nonsense, and that analysts are simply wishing price movements into existence. On the eve of Bitcoin’s plummet last November, for instance, CCN revealed that a “falling wedge” pattern indicated an “interim breakout scenario” in Bitcoin’s price—that is, number would go up. But the falling wedge indicated no such thing—Bitcoin dropped by nearly $1,000 in just over 24 hours.

Meanwhile, mainstream site CNBC makes such reliably wrong predictions that it's been hailed as a powerful "counter-indicator"—95 percent of the time, the site manages to predict the exact opposite of what eventually happens. (Lovely head and shoulders pattern, btw.)

Even the inestimable Satoshi Flipper’s analysis was wildly, embarrassingly off-base. Where Flipper foresaw LINK (a recently-but-not-anymore parabolic coin issued by Chainlink, a blockchain startup) hitting peaks of $3.09, the price instead sank by some 25 percent.

Flipper’s mess-up in particular seems to affirm Kul’s analysis. The trader tried to apply behavioral psychology—the “resistance” and “support” mechanisms, which explain when a price is likely to be dumped and dip versus when it will hold—to an asset that was being transparently sold off by its largest holder. To reach for an analogy, you can’t “analyze past weather trends” to determine whether or not it will rain if somebody’s pumping silver iodide into the night sky.

The fault in our charts

Reliable analysis depends on having access to deep reserves of past knowledge, and crypto markets feature heavily online, where such knowledge is abundant. When technical analysis was first developed, in the rice derivatives exchanges of 18th century feudal Japan, successful dabbling in the practice required having access to market data that most didn’t—only one man was able to benefit from technical analysis of past rice prices, and that was the businessman, Sokyu Homma, who was heir to the region’s largest rice farming estate. But in crypto, this vital data is available to everyone.

With all of this information at their fingertips, technical crypto traders approach price with an essentialist zeal, as though all truth is contained within it. There is no need to look at news developments and quarterly earnings reports—instead, they believe they can derive all relevant knowledge if they stare, hard enough, at the charts.

“Some go as far as to say that the price chart contains hints and evidence of unknown stuff,” said the popular crypto technical trader Cred, in a DM to Decrypt. Stuff, for instance, like market manipulation. “Proper TA is almost like a search for the truth,” said CryptoDude, another technical trader. “Markets are always right—if a price can be easily manipulated, then it surely should.”

(“CryptoDude,”  like a number of other well-known crypto-trader personalities on Twitter who were interviewed for this story, would not provide his real name. Possibly because he actually works in finance, is a pump-and-dump schemer, or is 9 years old.)

But what if there’s nothing to glean from price, because, as with many cryptocurrencies, nothing of substance underlies the investment? Here’s where it gets truly weird: to CryptoDude, what you are left with is raw speculation—the behavioural psychology of investors—in its purest form. The technical analysis, in this context,  itself becomes the sole indicator.

In this way, the technical trader isn’t so much the meteorologist trying to soberly gauge the weather using past data, but the silver-iodide pumper making it rain—the technical trader, in his own mind,  creates the future price. Or she's the astrologist telling you you'll have a nice day, and then, motivated thus...you do.

Amazingly, this does seem to work—many of these traders, including Cred and CryptoDude, swear by technical analysis, and use it to make quick and "risk-adjusted" judgements when the markets heat up.

And for those who point to the vast quantities of TA screw-ups? Really good traders have learned how to exploit that stuff, by watching traders betting on “really obvious and popular patterns, like your wedges, head and shoulders, and so on,” said Cred. “So if, say, price breaks out of the falling wedge but then immediately drops back below, a good analyst will know that lots of traders are trapped from buying that breakout and the market will probably squeeze them by trading lower. So you’re profiting off the mistakes of technical analysts, but using technical analysis."

So if technical traders score any points over fundamental analysts like Carter, it’s that most cryptocurrencies are so vague, so conceptually empty that the only meaningful, price-affecting discoveries out there must be sought within the charts themselves. And because every crypto trader and his grandmother reads these charts, even the most incompetent technical analysis, widely circulated enough, can indeed become self-fulfilling.