Craig Wright, Shmeg Wright: An argument why Bitcoin SV is the most undervalued asset

Pay no attention to the Craig Wright sideshow. A Bitcoin SV bull explains why he thinks the upcoming "halving" is just what the doctor ordered. 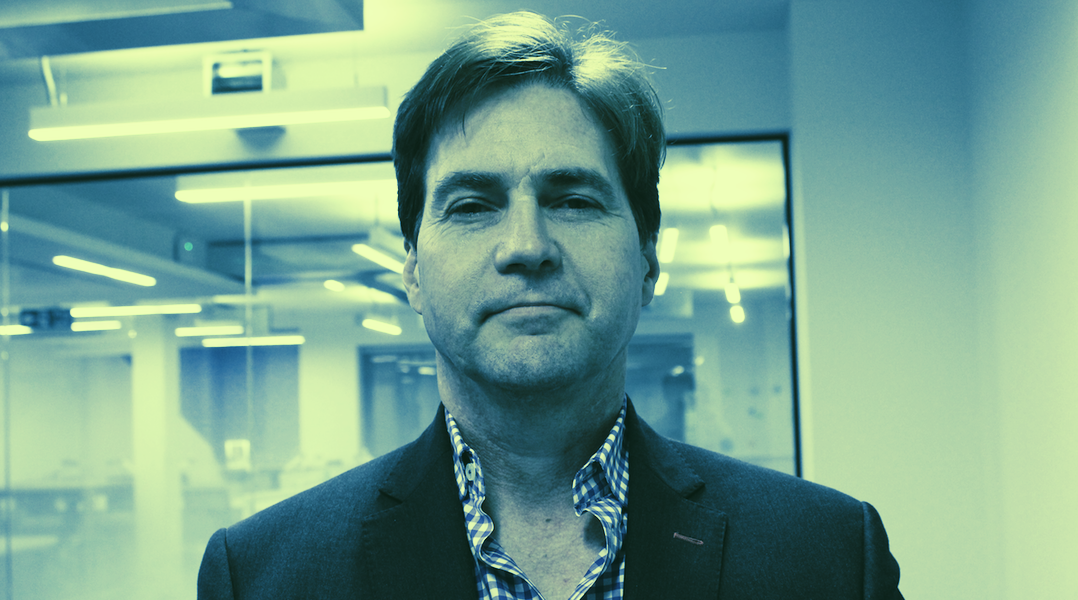 [Recently, we were hanging out in a crypto-friendly co-working space in San Francisco, Node,  and met a guy named Zach Resnick. A jazz musician and former professional poker player, Resnick is also founder and CEO of flight concierge service EasyPoint.me. When we heard that Resnick also happened to be managing director of New Economy Fund—which is a major investor in BSV—we couldn't help but ask him whether the recent legal travails involving BSV frontman Craig Wright had caused him to change his mind. Not at all! Resnick said, and proceeded to lay out a bullish argument for the bitcoin fork's future. It was interesting enough that we asked him to turn it into a piece, which, rendered below, is co-written by the Fund's head of research, Dave Mullen-Muhr. Note: We're publishing this piece because we think the argument is worth airing in light of recent events; it is in no way an endorsement of the views of the authors. ]

If someone were to pay you $10,000 in BTC or BSV at today’s prices to be transferred to your ownership ten years from today, in which asset would you request payment?

From our reading of these technologies and the current landscape, the wise answer here is obvious: BSV.

So why does the market disagree?

This may sound surprising, especially in light of the recent ruling against Craig Wright in his ongoing case against Ira Kleiman. But, this is precisely why the above heuristic is so important. Why would an intelligent investor care about Wright’s legal history and personal fortune?

What an investor should care about are the fundamentals of the technologies. If one is truly an investor, and not simply a speculator, they ought to broaden their time horizon beyond the purview of 2019 legal battles and Twitter drama. Allowing oneself to become easily distracted by these personalities can only muddle one’s sensemaking. An investor in Amazon equity ought not primarily concern himself with the details of the personal legal history of Jeff Bezos nor the precise terms of his divorce settlement.

So, leaving the Craig Wright saga aside, why would the savvy investor obviously choose BSV over BTC?

The "halving" is bitcoin's biggest bet

A paramount incentive to consider is that of the miners. Every four years the amount of BTC mined per block halves, ultimately asymptoting at zero; from 50 to 25 to today’s 12.5 and so on, with the next “halving” coming in May 2020 to bring the BTC block reward down to 6.25 BTC. As the block reward continues to approach zero, miners will depend on transaction fees to pay for energy costs. In BTC, the answer is to make end users pay more. Will ever-increasing fees in the range of (conservatively) $50 to $100 per transaction lead the bitcoin network towards global adoption? Ten years from now, the block reward will be a measly 1.5625 BTC/block, or 12.5% of the current payout. Yikes!

BTC proponent’s only hope is that the asset’s price will continue to double to counteract the halvings in block reward payout. But how long is this exponential growth realistically sustainable?

The looming threat of diminishing miner profitability isn’t some pie-in-the-sky theory thought up by BTC haters. Peter Todd, one of the most influential Bitcoin core developers, recognizes it too. In a perplexingly non-time-sensitive response to this inevitable problem, Todd has begun floating the idea that famously deflationary bitcoin may need some permanent inflation.

If bitcoin mining is failing because of low fees, sure.

Won't happen for 10+ years, but maybe at some point in the future.

Tough times ahead for BTC?

Oh well...ten years is far away! His suggestion to disregard bitcoin’s last remaining selling point with its absolute scarcity of 21 million coins might sound crazy today, but Todd correctly identifies that if BTC doesn’t ultimately remove this keystone it “will die.” BTC bulls predict tough times ahead!

In my @WhatBitcoinDid interview I mentioned how Bitcoin should have had a 0.1% or 1% monetary inflation tax to pay for security.

Something I didn't mention - and should have - is I think the 21 million BTC limit is so fundamental it's more likely Bitcoin will die than change it.

Rather than roll the dice and hope that a solution to this catastrophe is found later, BSV is proactively scaling-up the block size and keeping transaction fees low.

That allows developers to build novel ways for users to utilize the blockchain. The approach aims to rebalance miner revenue away from the block rewards and toward aggregated, but still minuscule, transaction fees. If successful, in ten years when the block reward is at 1.5625 BSV/block, the miners may hardly notice.

BSV also has superior incentives with its emphasis on legal compliance.

Remaining compliant is a lower cost customer-acquisition strategy than antagonizing governments. The near future of BTC’s roadmap, including its prophesied layer-two messiah, the Lightning Network, is actively shifting bitcoin from a pseudonymous system toward an anonymous system.

Anonymous payment networks do not make for a technology that large-scale enterprise and governments will incorporate. Instead, a future anonymous bitcoin would be openly antagonistic to virtually every large (non black/grey market) enterprise and government on Earth. The BTC developers aren’t naively stumbling into this scenario, they are actively provoking it with the assumption that node decentralization will produce a Hydra that governments cannot kill.

BSV, to the contrary, is proactively considering legal compliance at every step. Its proponents want a system that is not subject to political whims of developers and allows both enterprise and governments to make use of its public, immutable, payments and data ledger. Facilitating enterprise adoption is key, both for shifting the mining reward toward transaction revenue and also adding network stakeholders, thus diminishing the likelihood that governments will make network participation illegal.

Ten years from now will BTC be a high-fee payment network for wealthy criminals? Will BSV be a low-fee universal payment and data network with enterprise facilitated, simple UI for the common man?

Neither of these futures depend on Craig Wright’s current popularity or the outcome in a Florida courtroom. In ten years' time, this will likely be all but forgotten by the average investor.

What these outcomes do depend on is the aims of the respective technologies and their ability to scale and attract more adoption.

For BTC to become a government-resistant, store of value, it will need to attract sufficient capital to counteract its disappearing block reward, while simultaneously removing its primary selling point to early investors. All while defying effective government regulation.

For BSV to become successful it needs to continue to scale and professionalize so that entrepreneurs are attracted to build useful and attractive applications for end-users and governments. That will keep mining profitable in the long run.

While CSW’s legal odyssey distracts most, BSV’s promising fundamentals make it a strong candidate for a speculative buy in the near term. The long term potential of BSV as a future-oriented and robust version of the technology originally promised in BTC makes it a no-brainer for a fundamental buy for the long term, and a necessary hedge for any BTC holder.

If you are, or have been, excited about the promise of bitcoin, you may want to dig deeper into BSV, regardless of how CSW fares in this legal case or the next.

This piece was co-written by Zach Resnick, a Managing Partner at the New Economy Fund and Dave Mullen-Muhr, the fund's head of research. Caveat emptor: Please note that the Fund's largest position is in BSV. The authors of this piece are not financial advisors and this is not financial advice. Do not invest in speculative assets with money you cannot afford to lose.