Decrypt Guide, part 2: How to mine Bitcoin, Ethereum and other cryptocurrencies

Whether you’re curious about how it all works or looking to update, here’s our guide to the latest innovations in the cryptocurrency mining ecosystem. 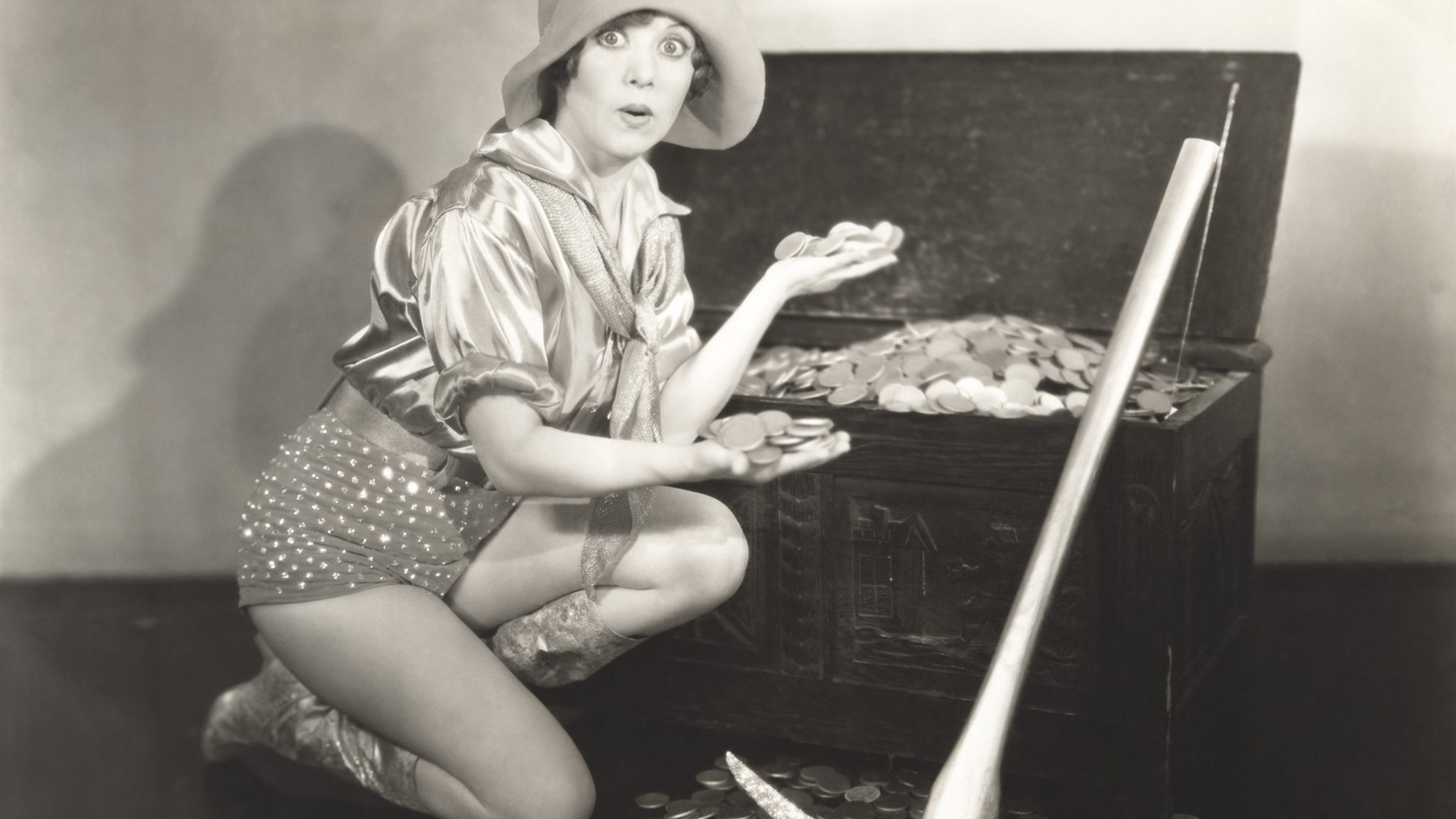 Today’s prospector needs more than a map, a pick and shovel. He or she needs to know how to make the best use of their money and equipment and keep up to date on the latest developments in cryptocurrency mining.

While the gold rush is over for now, mining experts told Decrypt that mining can still be profitable—if you know which bits of kit will net you the most bang for your buck, and how and where to stake your claim.

How to do it

Let’s dive right into the alphabet soup, shall we? There are four ways to mine cryptocurrency: on an ASIC, an FPGA, a graphics card, or GPU, or a CPU. (Each is defined below.) Experts advocate starting with the best equipment you can afford, to profit for the longest period of time.

No question, the big money is going into costly Bitcoin ASICs mining.

“There’s an argument to say mining has become more exclusive,” Pete Hill, partnerships director at Cudo Miner, which specializes in software for CPU and GPU rigs, told Decrypt. Large mining farms—comprised of warehouses full of servers—typically generate a daily electricity bill of around $39,000 and so require significant investment.

But it’s not just larger operators, such as China’s Bitmain, who can use ASICs. The cheapest ASICs are directly sourced from China, but the ability of the largest manufacturer, Bitmain to continue shipping is questionable—it recently saw profits plummet. “ASICs are not expensive,” Hill notes, “if you can source them, but there is a risk that they will become redundant.”

ASIC miners may be more profitable, but as their name indicates, application-specific integrated circuits are tuned to one currency alone, and impossible to reprogram, unlike highly-adaptable GPUs. So, if a blockchain chooses to disadvantage brick-like ASICs by changing its proof-of-work hashing algorithm, they become as useful as good-old mortar bricks.

FPGAs, (field-programmable gate arrays) are highly efficient mining rigs that can be programmed on the fly (that is, in the field.) If a network changes its algorithm, or a miner wants to switch to a more profitable coin, an FPGA can adapt.

FPGAs have been around since 2012, but initial versions weren’t cost effective. They’re still an order of magnitude more expensive than GPUs, and costly to reprogram. That prohibits most hobbyists from FPGA mining, only those with deep pockets have been make use of their adaptability. But improvements are in the offing, and the price is coming down.

Many miners using FPGAs do so in secret, fearful that revealing the power they have at their disposal would cause coin developers to more frequently change their algorithms, and add to their running-costs.

A GPU (Graphics Processing Unit) is the norm for mining altcoins.  While GPUs are not as powerful as ASICs they are highly-versatile, and they can be employed in mining  hundreds of coins, not just one.

“GPUs are cheaper, but to mine newer coins, or some of the more profitable algorithms, you might need a high-end graphics card,” says Hill. As an example, he cites Grin, a privacy-focused cryptocurrency, which uses the Mimblewimble protocol. Its algorithm, Cuckatoo-31, will only run on more expensive Nvidia GPUs, with at least 11GB of RAM on Windows boxes, he says.

Though CPU mining is an option for everyone who has a desktop computer, it’s really not worth it. CPU mining is unprofitable for mining most cryptocurrencies because the general-purpose chips simply can’t compete with the compute power of GPUs, let alone ASICs.

It is, however, a good way to try cryptocurrency mining out for size, before making any big-time buys or investments. And there are coins that can be mined with CPUs, including Monero, Dogecoin and Bytecoin. (Note, if you do give CPU mining a go, do not use a laptop since it will likely overheat.)

Where to do it

For that reason, most bitcoin is mined in China these days, particularly in the remote Sichuan mountains. The region enjoys cool, year-round temperatures and cheap electricity provided by small-scale hydro-electric facilities, but China is also considering a mining ban.

There are other countries with cool climates and cheap electricity, they include Russia, Canada, and Iceland.

But it turns out that Venezuela is also very cost-effective. According to some calculations, it costs less than $550 to mine a single Bitcoin there (in contrast to approximately $4,800 in the U.S.,) because of its extremely low electricity rates. But be prepared to go to jail: the government is not too welcoming to miners. In Iran, reportedly, mining still turns a tidy profit, with the country’s subsidized energy.

Whom to do it with

While there are plenty of independent miners out there, it makes sense to join a mining pool (helpfully explicated here), and combine resources with other miners. Pools earn a share of the coins mined by all the members, and have a greater chance of solving a block. A sole miner could toil for months without hitting paydirt, depending on how powerful one’s mining rig is and which coin you mine.

Mining pools usually charge a very small fee (most are one percent or less), but “pools can be set up by anyone, so it is important to do your research,” says Hill. He notes that “even experienced miners have rushed to mine the latest coin while the difficulty is low, only to find the new pool they found on Google has disappeared with their earnings.”

There are various methods in which a mining pool can share the reward once a block has successfully been added to a blockchain. They include instant payouts or each share of the cryptographic puzzle solved and “full-pay-per-share” which allows miners to benefit from transaction fees.

You can be reasonably certain of seeing similar earnings each month, without the huge variation that solo miners are subject to, but specifics are hard to come by. “It’s like asking a bank manager how much the bank will be paying you per day on a savings account,” explains Bitclub, just one of the many sites offering mining pool services.

Buying a share in its GPU Founder’s Pool (at $5,000, the most expensive but also the most profitable option,) allows you to mine “five leading cryptocurrencies, other than Bitcoin, all at the same time”), you could expect a growth in your investment of between 6% and 10% per month, or approximately $8-14 per day, according to its website.

“Even after a few days mining, I still didn't meet the high minimum withdrawal requirements,” anonymous YouTuber,  IMineBlocks says, describing his encounter with a pool in his early days of mining. He councils that the availability of good wallets is a further consideration to prevent funds getting stuck in a mining pool.

The landscape is ever evolving but a number of technological factors ought to be kept in mind:

The efficiency of ASICs has already led to a decline in the popularity of GPUs, previously the mining medium of choice. Some cryptocurrency projects have made efforts to level the playing field, with varying degrees of success. Grin, for instance, attracted GPU-mining refugees from Ethereum and Monero, because unlike the latter two, it can only be mined by GPUs. But the first Grin-mining ASIC is already on the horizon. Chip designer Innosilicon is planning to launch it this summer, although Hill believes the revenues available to ASIC miners on Grin will be “restricted”

The battle between the rival chip-makers continues. “Nvidia GPUs offer greater performance than AMD on many algorithms and have become first choice for many new miners,” says Hill. However, AMD still has a strong footprint in Ethereum mining, he adds, and can be optimised for very low power usage.

The prolonged downturn in mining profitability has spurred the development of ever more efficient GPUs.

“When people first get into mining, they just look at the computational power of a GPU—the number of cores, the gaming review benchmarks, etcetera,” says Hill, because these are linear and easy to get your head around. But there’s much more to mining, he adds. “New algorithms favor more, and faster, memory on the GPU, which is known as VRAM.”

“The memory, speed and bandwidth are important factors to consider when choosing a mining GPU, each new generation of GPU will improve upon the last by a significant margin, either in terms of performance or efficiency,” said IMineBlocks.

The energy needed for cryptocurrency mining has always been its major bugbear. And while advances in the efficiency of mining equipment provide more hashpower for less kilowatts, “that also raises the difficulty in mining,” says Mati Greenspan, a senior market analyst with eToro. Quid pro quo then.

COMING ON TUESDAY: THE LATEST TRENDS IN BITCOIN AND ALTCOIN MINING