Bitcoin and Crypto Pulls Back As Nasdaq Sinks to 2021 Lows

Bitcoin erases gains as the tech sell off creeps into the digital asset markets. Fears grow around costs of borrowing. 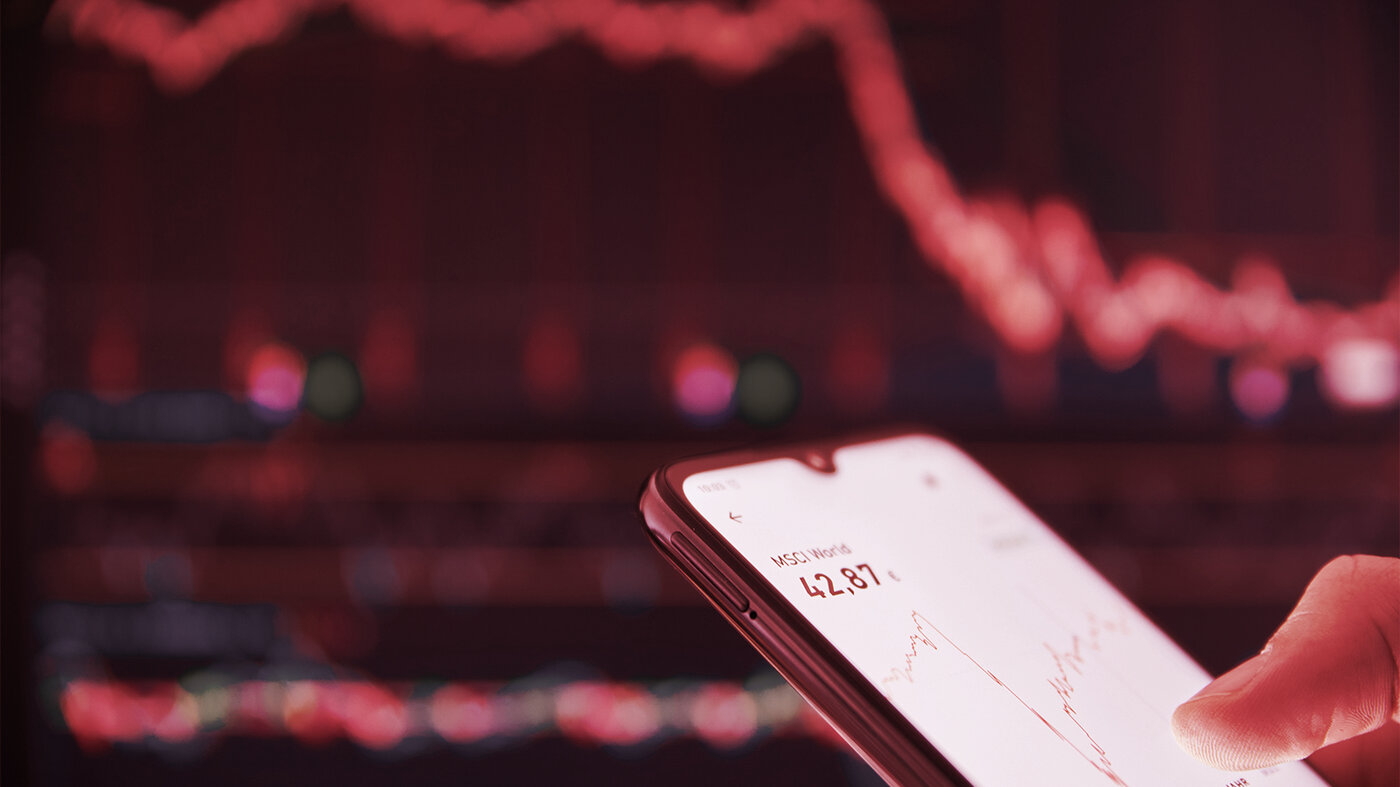 While yesterday’s story was all about crypto’s diversion from tech stock movements, today, the slump in growth assets has caught up with digital currencies.

After a day of steep gains, global market cap saw a reversal in its good fortune to finish the previous 24 hours 0.78% down at $1.58 trillion.

Losses were small for the big projects. Bitcoin dropped 0.9% at the time of writing, and appears to have met support at $50,000.

Ripple however has been on a storm in the last few hours, adding 2.6% and rising after the project announced it was testing a private version of XRP to help central banks build their own digital currencies.

The only other ray of green in a sea of red was Uniswap, which is up 3.7% in the last day. It appears the continued choppiness in the broader asset markets has creeped into crypto.

The problem? Those damn yield rates again. But this time they’re joined by creeping interest rates. This duo is putting pressure on the growth stocks who are now increasingly looking overvalued as they absorbed investor cash during the pandemic.

As borrowing costs for companies and consumers is looking more likely to rise in 2021, the cheap cash that helped fuel the performance of the stock market over the last 12 months is causing headaches for balance sheets.

As those interest rates rise, and the value of those growth stocks slide, it creates a crunch where the cost of borrowing erases gains, leading this week’s tech sell off.

“As rates rise, as yields rise, what we’re continuing to see is this push against owning growth companies and in particular big cap technology. And I think at the outset that makes sense: It starts to shake some complacency as yields go up, and portfolio managers – especially those that are more short-term oriented – start to rethink those positions," Jason Ware, chief investment officer of Albion Financial Group, told Yahoo Finance.

However, it’s not all bad. Banks, which were cowering for most of 2020 over fears the billions in loans they had given out to consumers and business would default didn’t. As a result, big finance is now primed to surge as borrowing cost increases are good for the banking industry.

On top of that, financial institutions were effectively banned from paying dividends and performing stock buybacks during the pandemic, meaning these companies are awash with cash and are likely to go spending at the first opportunity.

These two elements are likely to have a significant impact on crypto. The cost of borrowing going up means we’re less likely to read headlines about companies like MicroStrategy selling debt to buy Bitcoin in vast quantities as it has been.

Second, where is all this pent up cash going to go? Will companies continue to diversify their portfolios as has been the trend over the last 12 months - with crypto being one of the main beneficiaries - or will the uncertainty and risk factor associated with buying Bitcoin et al see cash pour back into traditional stocks stifling the crypto boom? Time will tell.