Synthetix, the third-largest DeFi platform by assets locked, is now under the control of community-owned organizations, or DAOs.

The Synthetix Foundation, which since the project’s 2018 launch has largely controlled the direction of the synthetic assets platform, is winding down and three DAOs are taking over; protocolDAO, grantsDAO and synthetixDAO, the team said in a blog post last night.

Synthetix is holding almost $460 million in assets in its smart contracts, up more than 20x from a year ago, according to DeFi Pulse, and its token SNX is up more than 10x in that time to $3.2. 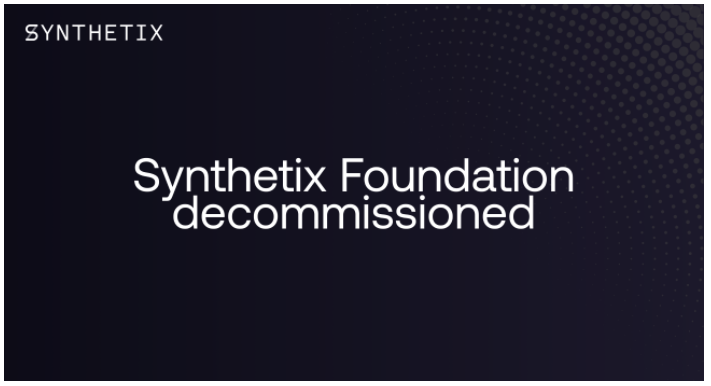 “The changes above mark a phase shift in Synthetix governance,” the post said. “While we have been governed through rough consensus for some time now, this shift puts significantly more power directly into the hands of token holders.”

Power to the Token Holder

The move highlights just how different startups building open-source protocols are to traditional ventures. While in the “old world” founders usually seek to hold as much power as possible (Mark Zuckerberg alone controls 60% of Facebook), in the new world of decentralized finance and Web3, the end goals for many of these projects is to give power away so that ultimately, the project’s community will have full control.

Two big reasons for this:

ProtocolDAO controls Synthetix’s smart contracts using a multisig which requires four of eight signers to agree on protocol upgrades (4/8 multisig). Signers have the ability to pause contracts at a systemwide level and at an individual synth (synthetic token) level, to make sure funds are kept safe in the case of an incident, with some backstops put in place like token holders vote to override signers’ decision.

SynthetixDAO, a structure that’s already in place, will provide funding for the network’s growth. While the Foundation itself was previously a major recipient of funding, now any entity contributing to Synthetix can apply for funding. The current synthetixDAO has three members representing key stakeholders in the network, managing a treasury of ~$150m USD or ~450,000 ETH, according to the post.

The Synthetix Foundation, which holds over 6% of SNX, is expected to transfer its tokens to synthetixDAO, according to SNX investor who goes by the online pseudonym of “SNX Professor.”

GrantsDAO is a 4/5 multisig, whose signers decide on public good funding. Grants proposals can be made by anyone in the community, and token holders can vote to replace signers, according to SNX Professor, who is one of grantsDAO’s signers.

“Everyone serves at the pleasure of the DAO. Do a bad job, no grants for you. Do a good job, more grants,” Synthetix founder Kain Warwick said in a Twitter thread last night, which was not specifically about this announcement.

While DAOs are meant to increase community participation in governance, it will ultimately be up to the small group of people controlling the DAOs’ multisigs whether they’ll take into account the broader token holders’ preferences —they stand to be replaced if they don’t.

Also, core team members will continue holding large stakes in SNX, and therefore, will continue to hold power over the protocol. The Synthetix team’s SNX holdings are expected to increase from just under 10% today to about 18% in 2023, according to a July 9 report by Binance Research.

Of course, it’s only fair that early team members and those who have helped shape and grow the protocol get a relatively high stake. The system simply wouldn’t work otherwise.

“We want to set up a new game and everyone needs to contribute something,” Warwick said in the previously mentioned thread. “Some contribute upfront effort to organise the game, some contribute capital, some contribute technical knowledge and all kinds of other stuff. So we slice up the initial allocation (…) most founders get low single digits tokens.”