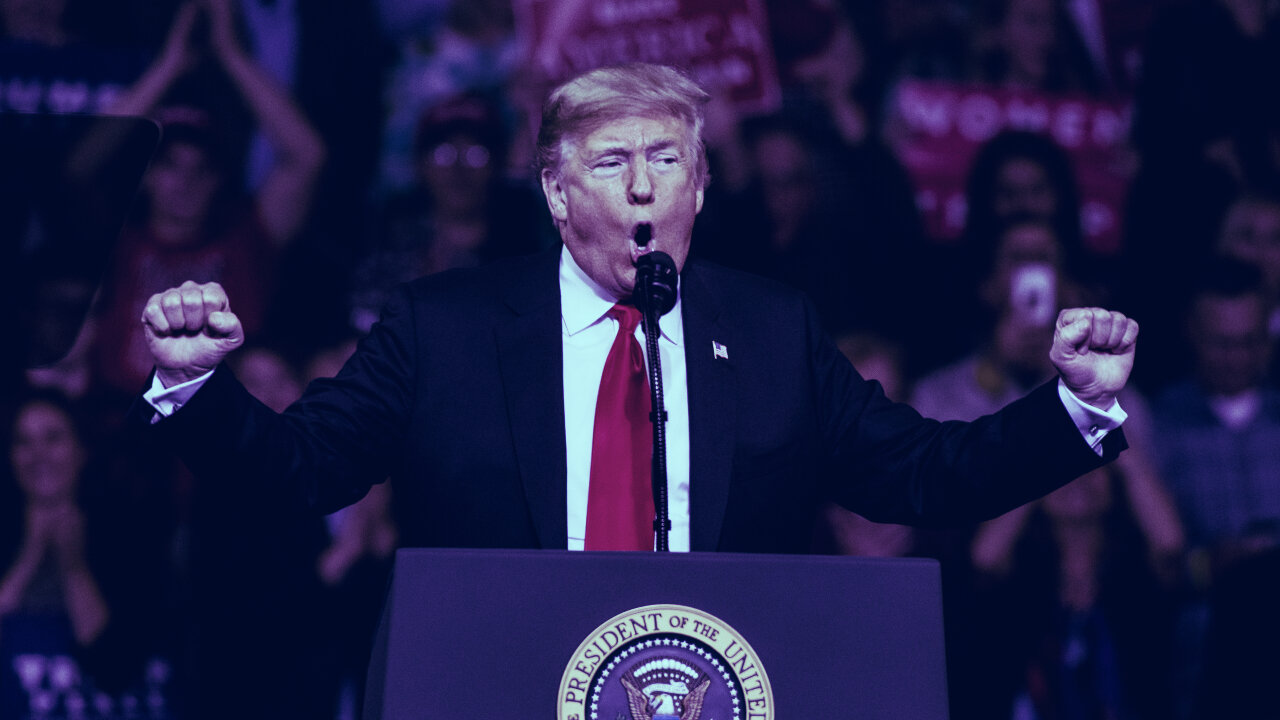 Will President Trumps WeChat ban hasten the arrivsl of Web3?

When Twitter chose to hold President Trump to account for the platform's rules last week, many argued the platform was enforcing those rules unevenly. As it turns out, the platform is unevenly applying its rules against the glorification of violence—to Trump's benefit.

There is NO WAY (ZERO!) that Mail-In Ballots will be anything less than substantially fraudulent. Mail boxes will be robbed, ballots will be forged & even illegally printed out & fraudulently signed. The Governor of California is sending Ballots to millions of people, anyone.....

Later last week, referring to civil unrest in the wake of George Floyd's death while in police custody, President Trump tweeted "when the looting starts, the shooting starts."

The social media platform this time didn't fact-check the tweet, but hid it, similar to how it hides adult content behind a curtain. Users received a warning that the "Tweet violated the Twitter Rules about glorifying violence" but that "it may be in the public's interest for the Tweet to remain accessible." Users could see the tweet by clicking a button.

Within two days of @SuspendThePres posting President Trump's looting warning, the platform limited the account—prohibiting it from tweeting, retweeting, following new users, or liking other tweets—citing the post's glorification of violence. To get back in Twitter's good graces, the user had to remove the tweet and then wait 12 hours.

Experiment Update - Well it finally happened. Took longer than expected. 12 hour suspension and had to delete the offending tweet. Here’s the screenshots @suspendthepres. Will post to the account when suspension is lifted. pic.twitter.com/wvKV9HDKBn

Of course, Twitter's decision to contain political speech—even if baseless or violent—set off a debate, though one that is temporarily subsumed within a larger political firestorm.

It temporarily made Section 230—a part of the Communications Decency Act that provides internet companies with protections for restricting access to objectionable or violent content—a household term.

Anderson Kill partner Preston Byrne, writing on his personal blog in 2019, partially summarized Section 230: "If a web app moderates any of your content off of their platform, and you sue them for it, you're going to lose."

Nonetheless, the president complained that his free speech was being violated and his surrogates claimed 230 has been misinterpreted. Given legal precedent, it's a dubious argument that nonetheless has high-profile supporters, among them Texas Senator Ted Cruz.

The debate has been catnip for cryptocurrency and blockchain advocates, some of whom looked upon the company's rights to moderate and wished to shift more power to users. Ethereum co-creator Vitalik Buterin tweeted his skepticism that centralized platforms could stand above politics.

In the long run I'm pessimistic about the ability of centralized social media platforms to stay highly independent of the political environment of the country they're centered in.

This only further shows why we need an alternative. https://t.co/w3HZbj3S7s

As it turns out, politics is a constraining factor. The public needs to remain informed about the president's tweets because he's a public figure. His words impact how people would vote. Moderating splits the difference between a ban and unfettered speech.

In other words, when a rando on the Internet tweets it, it's violent. But when the president does it, it's news.