You can now watch Bitcoin being mined around the world

A new interactive map shows the Bitcoin hash rate “hotspots” across the globe. Spoiler alert: Most of them are still in China. 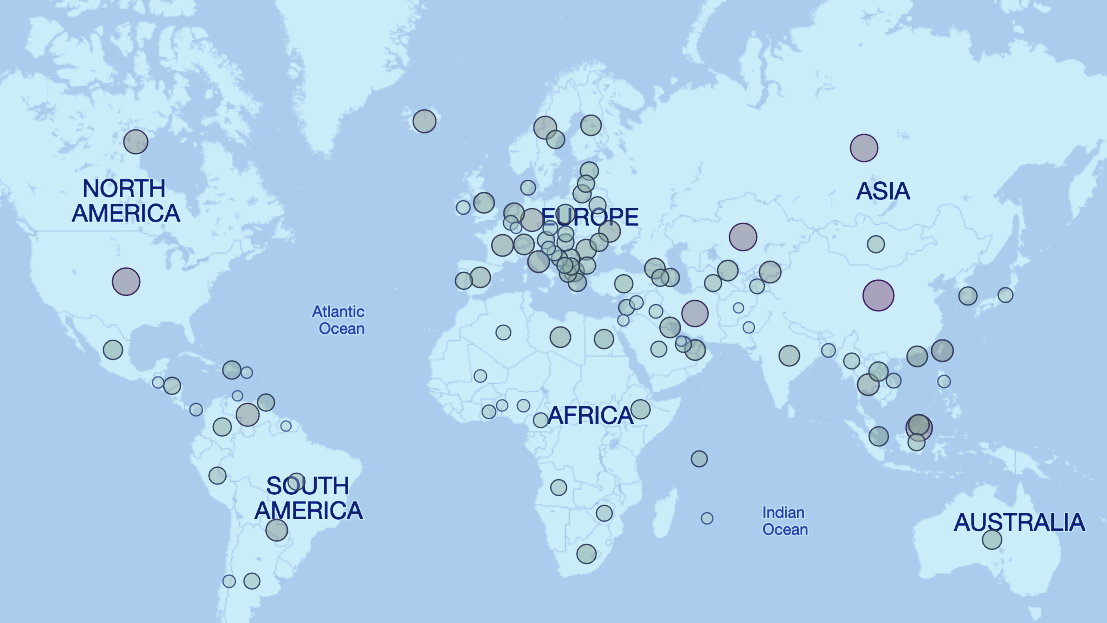 A map of the Bitcoin hash rate around the world. Image: CCAF.

The Cambridge Centre for Alternative Finance (CCAF), a research institute at the University of Cambridge business school in the UK, has launched an interactive map that shows the average monthly Bitcoin hash rate breakdown by different countries.

“This is the first time this data has been made available and shown graphically. Provides increased transparency and reliable picture of #cryptocurrency industry for investors, policymakers, decision-makers, academic researchers and general public,” the agency said.

According to the map, the lion’s share of Bitcoin mining activity is concentrated in China, which comprises over 65% of the global BTC hash rate. The US is ranked second with 7.24%, followed closely by Russia and Kazakhstan with 6.90% and 6.17% respectively.

Malaysia (4.33%) and Iran (3.82%) are ranked 5th and 6th, while all other countries’ contributions to Bitcoin mining are less than one percent.

Researchers noted that their map is based on geolocation data (i.e. IP addresses) of hashers connecting to Bitcoin mining pools BTC.com, Poolin and ViaBTC, who agreed to share aggregate-level data.

These three pools combined represent approximately 37% of Bitcoin’s total hash rate over the examined period, which started in September 2019. The researchers plan to adjust past periods when additional data becomes available.

The Bitcoin mining map is part of the CBECI—an index that attempts to provide a real-time estimate of the total annual electricity usage of the Bitcoin network, which the CCAF launched last summer.

Bitnodes already has a Bitcoin mining map, but it shows the number of Bitcoin nodes across the world, rather than how much hash rate they represent.

As Decrypt reported previously, the upcoming Bitcoin halving, scheduled for May 12, could bring way more mining back to North America as over-leveraged Chinese miners risk being washed out.

Have a news tip or inside information on a crypto, blockchain, or Web3 project? Email us at: tips@decrypt.co.