A $3.6 trillion stimulus package could be a perfect test of China's upcoming digital yuan. And more, in this week's da bing Sino-crypto round up.

China's digital yuan has entered trials ahead of a planned launch around the 2022 Winter Olympics (Image: Shutterstock)

Last week, for perhaps the zillionth time, China’s central bank voiced its support for issuing a national digital currency. On April 4th, at the 2020 National Currency Gold Silver and Security Work Video and Telephone Conference, the bank said it was further “prioritizing” the digital yuan.

First among the many objectives listed was to “strengthen the top-level design, unswervingly advance the research and development of legal digital currency (坚定不移推进法定数字货币研发工作), systematically promote the reform of cash issuance and return systems, and accelerate the promotion of banknote processing business, issuance of bank guards and issuance funds.”

This was not like the many notes from the government about the upcoming digital currency. It was far more assertive than usual and indicated, perhaps, that plans for the digital yuan have shifted into high gear.

The coronavirus as a digital catalyst

With the unexpected coronavirus crisis, the digital yuan might well have a chance to launch earlier than expected. One potential use case: China’s pandemic relief stimulus plan—a $3.6 trillion stimulus package that targets, yet again, infrastructure.

This is not the first time that China has rolled out a massive stimulus plan. When it happened last time, in 2008, many praised China for bootstrapping itself, and the world’s economy, out of recession. However, spending trillions of dollars across a vast country with corrupt provincial governments turned out to be challenging. Misallocation was rampant.

With the digital yuan, the hope is that the new stimulus package could be spent and closely monitored on the database. Should there be misuse, the central government could immediately spot the transgression, and punish the bad actor.

Of course that’s an ideal situation only if the corrupt official isn’t powerful enough to manipulate the “blockchain” and get rid of evidence. Historically, we’ve seen corruption cases that appear to have been buried thanks to political “relationships 关系.” Even the recent wave of anti-corruption campaigns seem to be aimed at getting rid of political rivalry rather than restoring justice.

Is the Great Blockchain of China ready for primetime?

So is the Great Blockchain with Chinese Characteristics ready for its debut?  Very little information has been disclosed about its design during the past five years. We know that the system will be a closed, permissioned database, integrated with commercial banks and even, potentially, fintech giants. Yet the design remains high-level.

Much has been written about the two kinds of blockchains that governments and businesses around the world will be adopting in the coming years. On one side are the wild and free, permissionless blockchains—uncensorable, open to all, free from regulatory oversight, the anarchists dream. On the other side are permissioned, proprietary blockchains, centrally controlled and policed, able to ruthlessly track all transactions and transparently record them for all time.

In the case of the coronavirus relief package, injecting $3.6 trillion is a huge M2 supply shock. Compared to the US approach where money will be distributed directly to households, China’s approach requires the central government to decide who gets what. Corruption often happens when the provincial government receives a certain amount of funding but never utilizes it for the right projects. Money is stolen transiting between layers of government officials.

This is where a permissioned blockchain would drastically enhance the process transparency. First of all, the blockchain will only onboard eligible vendors so no outside party will have access to the relief fund. Secondly, the central government can mandate both provincial and city governments to launch respective nodes and report their budget and spending in real-time. This might be difficult using a western permissionless blockchain because of network congestion. Yet a centralized blockchain will have no such issue. Therefore, the digital yuan will become a monitoring system that  prevents local governments from abusing their power.

Of course there’s no perfect blockchain solution. But in moments like the current pandemic, it gives society some comfort to lean on a technology that provides structure for a real use case. China could easily this crisis and turn it into an opportunity (危机).

Top 3 other things that happened:

Canaan Inc., the only Bitcoin-miner rig manufacturer that’s IPO’d the U.S., on Thursday released its first earnings report since going public in November—and it was not pretty. Unsurprisingly, the company has been pummeled in the bear market. However, the extent to which Canaan was hit says a lot more about Canaan than it does the bear market.

Canaan attributes its net loss to a list of factors. From a cost perspective, a big cost item on its book is called “general and administrative expense.”  The company spent RMB247.4 million (US$35.5million) on “share-based compensation,” that is, paying employees with equity ownership of the company. 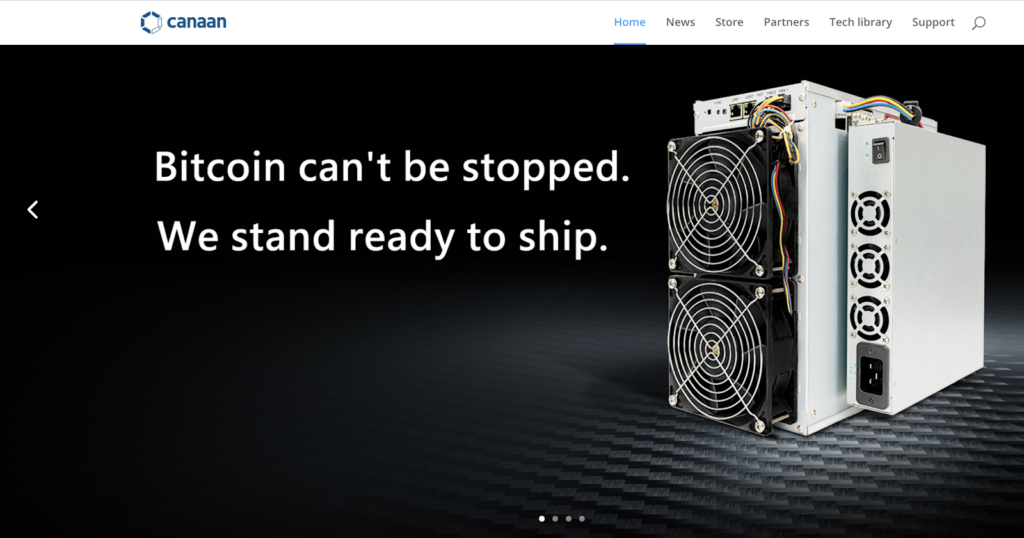 The sharp price drop of Bitcoin in Q4 2019 also contributed to the loss. Mining rigs’ value is inherently tied to the price of Bitcoin. The higher the Bitcoin price, the more valuable a miner rig is. When the price dropped, Canaan incurred an unexpected inventory and prepayment write-down of RMB729.0 million (US$104.7 million).

Topping off Canaan’s bad news quarter, the company was targeted in a class-action lawsuit. The lawsuit alleges that Canaan’s “Registration Statement for the IPO was materially false and misleading.” Among other things, the plaintiff’s claim that Canaan removed several  suspicious business distributors just prior to its IPO, and otherwise manipulated its financial health. As hindsight reveals in the latest report, those allegations were not made of thin air.

What does it mean?

All miner manufactures are struggling under the current crypto downturn. Yet Canaan’s troubles have their own flavor, and cannot be explained solely by the sluggish Bitcoin price.

What’s hidden in Canaan’s quarterly report is that its products simply aren’t competitive. Canaan’s flagship products are way less powerful in terms of hashrate and profitability than those of its competitors, especially Bitmain and MicroBT. And miners aren’t buying them.

Mining is a commoditized business; miners only purchase rigs that allow them to compete effectively against other rigs. That pressures miner manufacturers to constantly roll out increasingly powerful rigs.

Competition between miner manufacturers will only grow fiercer as we hit the Bitcoin halving. Since miners have to upgrade their rigs to stay competitive post halving, all major miner manufacturers have released their best rigs to take a piece of the pie.

As mining becomes more difficult and Bitcoin price stays sluggish, miner manufactures that produce less powerful rigs will have a sharp drop in their price negotiation power. (As Coindesk has alluded, that might have resulted in Canaan selling its rigs at a loss.)

Meanwhile, Canaan’s strategy appears to be using its earnings from selling mining rigs to fund its own AI chips business. That, according to CEO Nangeng Zhang, is a long-term play. Yet now that the cash cow is not milking cash anymore, it’s uncertain whether it will be able to fund investment in a field with massive international and domestic competition.

The imminent Bitcoin halving will reshuffle the mining industry and only reward miners equipped with the best rigs. If “CAN” cannot up its product game, I’m not sure how long it can survive in the battle.

In China, OTC refers to over-the-counter trading happening outside of crypto exchanges. Many OTCs offer three payment channels: Wechat Pay, Alipay and bank transfer. Or they did until recently.

According to Caijing Onchain, the crypto media arm of Caijing,  there’s been a significant drop of OTC transactions via WeChat Pay in 2020. The site found that among the major  OTC desks, only 7.3% support Wechat Pay these days. By comparison,  50% still support AliPay, and 60% support bank transfer.

The increasingly  limited number of on-ramp channels is going to create more friction for unsophisticated retail investors, making it harder for them to own crypto.

Many observers speculate that the slow disappearance of WeChat Pay results from WeChat’s opposition to crypto trading. Earlier this year, both Wechat Pay and Alipay issued statements against crypto trading.

However, those restrictions are hard to enforce on OTCs because they are so opaque.  Fiat can be exchanged via many accounts and crypto is deposited via wallet addresses. It sounds like a golden opportunity for money laundering.

Indeed, OTC is a preferred method for people who are reluctant to go through know-your-customer rules. As China continues to issue waves of anti-crypto trading policy, WeChat could be closing its OTC payment channel entirely until the regulatory picture become clear. And WeChat might have company: If AliPay follows suit, OTCs will see a significant drop in transaction volume.

That’s why, many exchanges are seeking a more compliant way to onboard customers. Many are either aggressively acquiring local exchanges, or applying for exchange licenses in new territories.

Yet given that borderless transactions without KYC is a key use case of crypto, it’s unlikely that OTCs are going away completely. The difference could be that more retail customers will be trading on exchanges for price discovery rather than the more opaque intermediary.

The latest participants in China’s blockchain race are multinational companies such as  Mastercard, Microsoft, Walmart and Intel. According to Global Times, among all 35 multinationals, 37% are from the US followed by 23% from Japan.

Why would multinationals file blockchain patents in China? Some suspect that companies such as Mastercard are preparing potential opportunities in the area of payments in China. For them, getting the patents is aligned with their global blockchain strategy.

The alignment might be present, but one has to zoom out and take a harder look at the patent landscape in China.

Blockchain patent registration has long been controversial in China. It works a bit differently from the US. One token expert  told me that it only costs a few hundred dollars to register a blockchain patent—which is tantamount to being awarded a patent. During the heyday of ICO, many projects would buy a patent and then use it as fundraising leverage. “It’s funny how crypto should take pride in being open-sourced, but many don’t walk the talk,” he told me.

This is not to say that multinationals are actually buying patents. But it casts doubt on the power and legitimacy of blockchain patents in China. Chinese tech giants such as  Alibaba, also like to file for lots of patents. Not only does it file domestically but also in the US.

It’s not known what value these patents will bring because we have yet to see blockchain use cases from these multinationals, except maybe Alibaba’s Field Day. For now, piling up patents seems to be the name of the game.

Apart from housing the world famous Panda and inventing delicious Mapo Tofu, the southwestern province of Sichuan is also the holy city where half of the worlds’ mining hashrate is located. Its hydropower energy, abundant between May and September, coupled with naturally cool mountain climate makes it the perfect place for mining farms to thrive.