A look at China’s most prolific crypto venture firm

The crypto VC firm NGC Ventures, of NEO fame, made a fortune in China during the ICO days. So what’s it investing in there now? And more, in this week's da bing, a Sino crypto round up.

Who’s the most active crypto investor in China? Neo Global Capital Ventures, according to CB Insight’s latest 2020 blockchain report. The new report said that the Cayman Islands-registered NGC Ventures did even more crypto deals in China last year than Coinbase Ventures, which was ranked second.

So who is NGC Ventures? And why, among all the crypto funds, did it top the chart? This week’s Da Bing takes a closer look at the firm, its investment thesis and how it’s faring in the post-ICO world.

The story behind NGC

The venture firm is best known for its deep ties with NEO, a would-be Ethereum killer popular in the Chinese market.

The story goes like this: Da Hong Fei and Erik Zhang, co-founder of NEO, pooled their tokens after the ICO and established NGC as the venture arm of NEO. NGC Ventures subsequently invested in projects such as the “high-performance public blockchain” Ontology, which—not coincidentally—was co-founded by Da Hongfei himself. Critics have questioned the legitimacy of both projects because, contradictory to the spirit of decentralization, the two projects are centralized under one founder with a single team of developers.

Born with a golden, and somewhat controversial spoon in its mouth, NGC Venture’s mandate was to invest in projects that nurture the NEO ecosystem. However, as NEO receded from the blockchain frontline, NGC began to vastly diversify its investments. Indeed, its 2019 investments have little to do with NEO.

Though registered in the Cayman Islands, NGC is composed of a team of Chinese investors, half of whom are based in China and the other half in Singapore and San Francisco’s Bay Area. The fund invests globally with “close to half of its investment in China,” Wayne Zhu, a founding partner of NGC, told me. 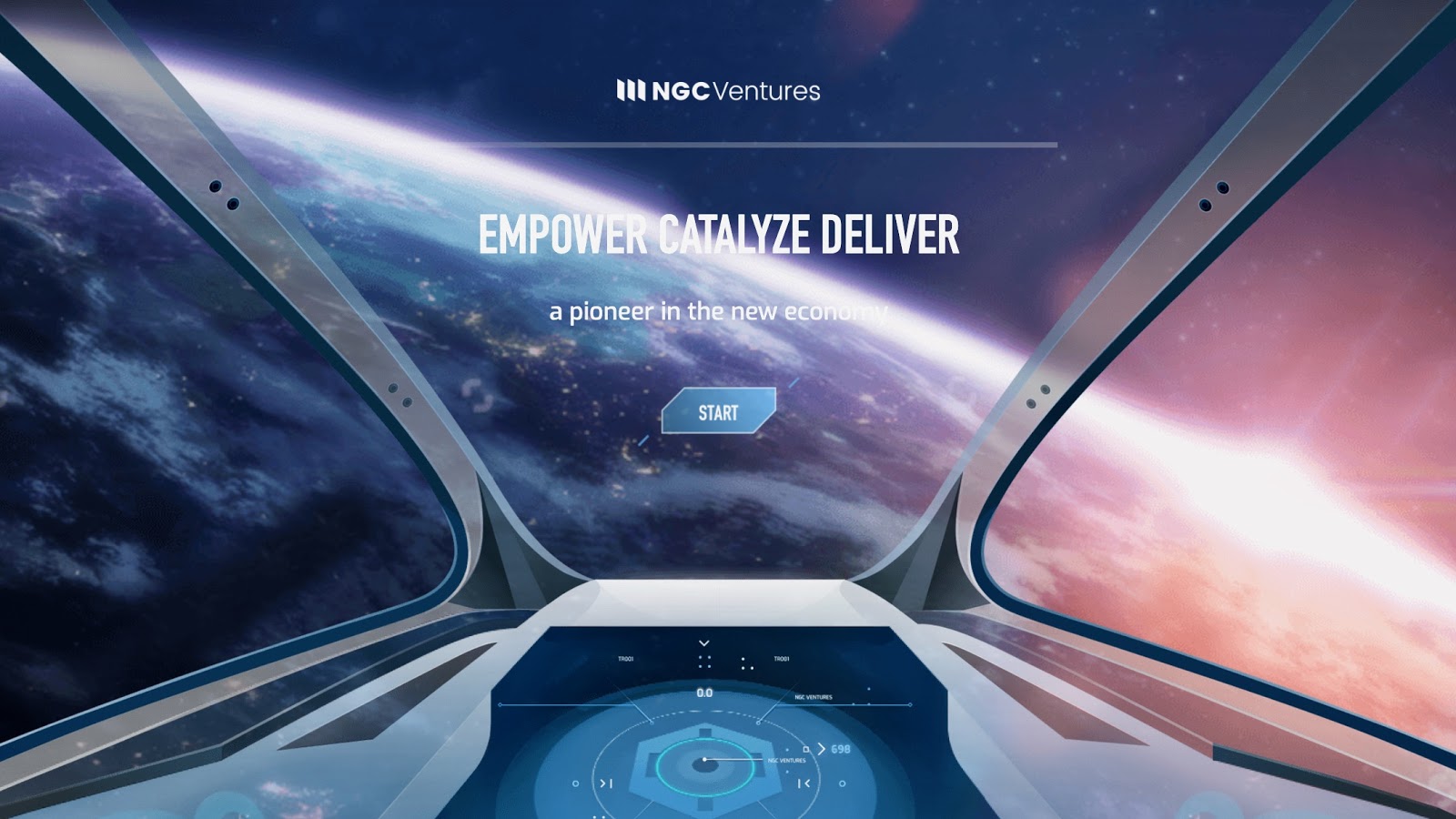 “We don’t care about centralization or decentralization,” Zhu said. “For us, the key isn’t even about the use of  blockchain technology. We only care about whether it solves a pain point in the industry.”

NGC’s star project, Babel Finance, doesn't use blockchain at all. It’s a lending firm that uses a proven yet centralized financial model to fulfill a huge unmet need in the crypto world: loaning money to miners and traders. Historically, lending in China has been dominated by exchanges and mining equipment producers. NGC Ventures was able to spot room for a new entrant and selected a team that executed well: Babel has been profitable since day one.

(“We were fundraising during the bear market, and many investors promised to invest, but never really showed the dollar. Only NGC did,” one Babel Finance employee told me.)

Quantity doesn’t necessarily equate with quality. Despite having done the most deals in China in 2019, NGC has not invested in any of the big crypto projects of its better-known peers.

Instead, it has adopted a “spray-and-pray” model, writing small checks for a bigger variety of deals. But there’s a reason behind the small checks.

As everyone knows, 2019 was pretty much the death of the ICO, an important revenue source for NGC. With limited funding and no immediate exits, NGC could only afford to write small checks to startups that have relatively more “realistic” valuation. Naturally, with limited capital, the firm can’t write the kinds of investment checks that the “big mac projects (巨无霸)” require.

Among all its sprays and prays, Zhu said that Phemex, a derivatives exchange that targets Russia, Japan and South Korea, is NGC’s current favorite. Clearly, NGC saw the success of derivatives trading in China and wanted to export the model to countries that have populations similar to the Chinese—people who love leveraged trading.

Zhu told me that NGC Venture's biggest exit and return was the Zilliqa ICO, a public blockchain firm that’s still struggling to gain adoption. But he said it made a $14 million profit—28 times its investment—during its offering, which ended in the spring of 2018.

As everyone knows, ICO's pretty much died in 2019—and that was an critical revenue source for NGC Ventures. So it pivoted to Initial Exchange Offerings.

Like many Chinese investors, it paid particular attention to Binance's success with IEOs. “If you look closely enough, you’d find NGC’s portfolio overlaps highly with Binance’s IEO projects,” one Chinese fund manager, who has lots of overlapping projects with NGC, told me.

In fact, many Chinese funds share similar portfolios, regardless of fund size. This is not uncommon among non-China based investors because a good project tends to attract more investors. But the fact that so many Chinese funds chase after projects listed on Binance’s IEO is revealing.

For NGC, IEOs are simply a continuation of ICOs.

Can NGC Ventures top the chart next year?

So what is NGC’s strategy going forward? It plans to continue the spray-and-pray model, and be the small check writer. But, given that blockchain investment in China dramatically fell in 2019, with LPs shying away from crypto investment, it could be hard for NGC to carve out a competitive advantage.

Though some have reported that NGC has raised $20 million of the $25 million it’s seeking for its second fund, it turns out that that it's complicated. Zhu told me that though the firm is targeting traditional VCs and blockchain entrepreneurs so far, NGC has only received “letters of intent, but no real dollars. Most of the fund we raised is from GPs.”

All venture funding is intensely speculative but crypto venture is especially so. As we say it in Chinese, the journey is akin to “crossing the river by feeling the stones 摸着石头过河 ,” meaning there’s no clear path to success.

I think crypto investing might also require a bit more imagination than traditional venture. When talking about his firm’s investment thesis, Zhu told me that “we aren't crypto idealists who want to change the world.” But I can’t help wondering how a VC can be successful without having a little imagination about creating an idealistic future. It’s not just feeling your way among the river stones, it’s imaging that doing so will lead to a better place across the river. 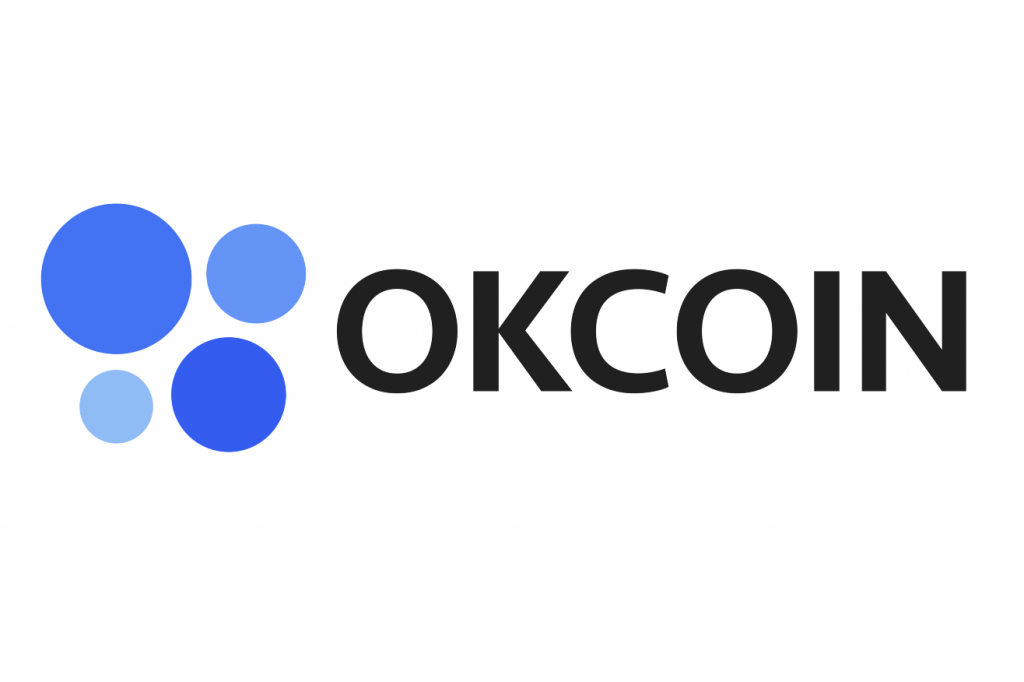 OKCoin, an exchange that's officially headquartered in San Francisco, but operated from Beijing, has just obtained a crypto exchange license in Japan. That makes it the second Chinese exchange, after Huobi, to enter the market.

Japan is a logical market for many exchanges. It’s one of the largest economies in the world and has a demographic of wealthy retail investors. And, the yen is one of the world’s most widely circulated fiat currencies. Most importantly, Japanese regulators were the rare breed who actually provided clearer rules and regulations around operating exchanges. In fact, its self-regulation model serves as an example for regulators around the world.

Despite clearer regulation, it took OKCoin three years to obtain a license. John Feng, CEO of OKCoin Japan, told me that it “started the process in Japan exactly three years ago, but we have kept a low profile.” Indeed, neither Binance nor Coinbase has gotten approved yet.

OKCoin’s business model is different from some local Japanese exchanges. Unlike local exchanges that sell cryptocurrencies directly to their own customers, a practice called “hanbaijo,” OKCoin Japan is “torihikijo,” meaning the exchange simply facilitates P2P trading. In addition, OKCoin will focus on professional traders and institutional investors instead of retail investors, who are less familiar with advanced derivative trading.

From OKCoin entering into Japanese market, and Binance’s recent entry in South Korea, we can see that the battle among China-based exchanges has extended to territories beyond the motherland.

#2. Binance in China, for real this time

Binance has always been the abandoned crypto child of communist China.  Thanks to its emergency exit in 2017, Binance grew exponentially and gained global domination. Yet after 2 years of anti-blockchain/crypto narrative, the mother country suddenly changed its tone and welcomed all ousted crypto children such as Huobi and OKEx to come back home.

Yet Binance didn’t return as others. It did not open an office in China and did not establish a Communist party arm.  Instead, it had been waging a guerrilla war that avoided face-to-face conflict with regulators.

That is, until March 27th, when CZ tweeted about a signing ceremony between Binance Academy and the local government of Shanghai. So what happened?

The collaboration looks like an academic one but has potentially far-ranging ramifications. Binance will establish a research center there, where it will teach and preach blockchain (and definitely not crypto) technology to the public. According to its press release, Binance will “help nurture a blockchain ecosystem and advance the local economy.”

Sound familiar? We’ve heard the same rhetoric from Huobi and OKEx. And now it’s Binance’s turn, and this turn will not simply end at providing “academic” public services.

Binance’s move is inevitable. To serve its vast China-base customers, it cannot be dancing at the regulatory danger zone. The impact of being ousted, again, is too severe. The only way out is to lean in and make friends with the enemy.

Binance Academy is a small step. We will likely see more blockchain-not-crypto narrative from Binance China. As CZ tweeted: “most people may not understand the underlying shift that just happened. But that's fine.”

Binance’s CZ also said in a tweet last week that Binance will be releasing its own mining pool.

Exchanged-launched mining pools isn’t a new phenomenon. Both OKEx and Huobi launched pools in 2019. The value proposition is straightforward enough: when you have customers trading on your exchange, why not give them a chance to mine, too?

The move also reflects an industry trend. As BTC halves, it will require more hash power to mine. The difficulty will crowd out most small miners, let alone the retail miners. Therefore, the only way for retail investors to participate in mining is through these large mining pools, such as poolin and f2pool.

That said, Binance might have a hard time competing with existing mining pools and the other exchange-backed mining pools. But given its huge amount of traffic, Binance has a fighting chance.

出海, which literally means “go to sea,” is a Chinese expression that refers to the practice of exporting a certain business model. For example, in the early 2010s, Chinese tech firms such as Alibaba exported its digital payment and e-commerce model to adjacent South East Asian countries. In the crypto world, we use the same expression to describe cases such as OKEx entering Japan’s crypto market.