That’s half as much as in 2018. Also: The PlusToken scam is alive and well—and more, in Da Bing: A weekly round up of crypto China.

Here’s an insider's look at who’s getting funding among China’s crypto-related startups. Rhino Data, a data-driven investment platform, just released a 2019 blockchain investment and financing report, in collaboration with Xinhua Finance. The latter is the official financial news outlet of Xinhua, the government mouthpiece.

Among the top 10 companies that got the most funding, we see traditional industries such as exchanges (including Bitfinex), mining (Canaan’s series B was listed) and blockchain-based financing platforms. And some old-school, “put-everything-on-the-blockchain” companies made an appearance as well. Examples include a gaming startup and an e-commerce startup. Oddly, DeFi startups, a sector that attracted many crypto enthusiasts and is hot in the west, has yet to produce a top10 winner in 2019

It’s interesting that, apart from exchanges and mining, most of these startups are still trying to find an actual value proposition.

For example, Changyou, which received $50 million in Series A funding, is the first “cross-industry, reliable, points-oriented, digital-assets-financing and settlement platform.” According to its website, the company wants to be everything: a fintech platform, a personal finance expert, and an entertainment go-to place.

How did such a company receive funding? Let’s take a closer look at its business partners: Bank of China, China Mobile, China Eastern, and CCB international. These state-owned companies seem to be on board with whatever cockamamie blockchain solution Changyou throws at them.

Indeed, the sudden approval of Chinese regulators is having a huge impact on China’s blockchain funding scene. Before Xi’s endorsement, many Chinese entrepreneurs preferred to launch their startups abroad. Still serving primarily Chinese customers, those startups preferred to either settle in adjacent countries, such as Singapore, where regulation is famously friendly, or faraway lands, such as Silicon Valley, where technical talent is abundant.

But now that Xi has sanctified blockchain technology, we’re seeing companies such as Huobi set up shop in mainland China. In addition, the national blockchain movement will also push tech giants, such as Tencent and Alibaba, to make moves in the space, either through internal innovation or external investments.

Fundamentally, tech investment is about product-market fit. China might see a burgeoning blockchain market given the Government’s boost. However, it’s not certain whether talent will return—or even remain—in China. Real blockchain is borderless. Like any other network technology, its power is a function of how many nodes are connected, all over the world. If China continues the blockchain-not-crypto approach, we will only see Government-backed investments on the Rhino report in the future.

#1: Bitcoin-SV debate in China: Who are the true fans?

Bitcoin-SV’s sharp rise in price  was definitely the talk of the town in China last week. And the skeptical sentiment there mirrors the global tone.

However, the price surge and corresponding media frenzy revealed many hidden, die-hard BSV fans. One such group is the mysterious BSV Skull Club.

According to Blockbeats, a Beijing-based crypto media company that ventures into some of the exclusive Skull Club’s WeChat groups, most BSV supporters aren’t aren’t so much supporters of Craig Wright as they are of the currency he championed. Wright, as you probably know, helped create the BSV fork, and claims to be Satoshi Nakamoto, Bitcoin’s inventor.

So why are these fans following Wright’s antics?

It turns out that most loyalists describe themselves as“ idealists” who insist on Nakamoto’s original vision: bitcoin as the ultimate P2P payment layer. But to facilitate such a vision, bigger blocks were required from a protocol level. When Wright proposed a BCH hard fork, these loyalists were following the bitcoin-as-payment vision, rather than Wright himself.

However, not all die-hard fans in the groups are really that ideological. Many are simply your usual crypto speculators. For example, one member claimed that they made enough money from last week’s BSV bull run to purchase three apartments. That claim was derided by the group owner as “speculative” because, rather than sell high, a true believer should hodl until BSV becomes the dominant crypto.

#2. Beijing to launch new fintech sandbox - only one blockchain application made it to the trial

Creating a “fintech sandbox” is a common technique used by governments all over the world to test innovative solutions within a safe environment. Beijing jumped on the train as the first city in China to launch such a program.

According to the Peo­ple’s Bank of China (PBOC), Beijing has approved a set of six trial applications to be included in its sandbox. Applications include IoT, SME financing, mobile phone Point-of-Sales, and interbank settlement solution.

Blockchain, the newly anointed tech for the country, only made it to one of the use cases: Industrial and Commercial Bank of China (ICBC)’s Prod­uct trac­ing-cer­ti­fi­ca­tion man­age­ment and sup­ply-chain fi­nanc­ing, based on the In­ter­net of Things (基于物联网的物品溯源认证管理与供应链金融). The idea is a combination of two classic blockchain use cases: tracking and tracing products from manufacture IoT devices, and invoice financing.

It’s hard to know how ICBC tackles the “Garbage In, Garbage Out” issue, a challenge that troubles most blockchain-based supply-chain solutions. However, with its vast network of customers,  ICBCc ould potentially innovate on the supply-chain financing aspect.

#3: PlusToken in China: hard to die 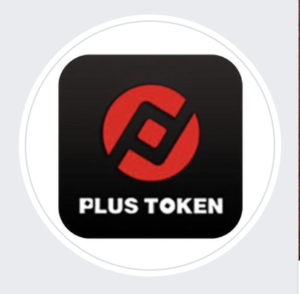 Your correspondent spent her winter break in China, and ventured into one of the poorest cities in China—and encountered a group of PlusToken fans. Given that the Chinese has already cracked down on and the platform administrators closed down operation in June, how can it still be running?

While operation has been halted, plus continues to sell the prospect of re-opening its operation. Guess hope makes anything hard to die.

Craig Wright, the Australian computer scientist who claims to be Satoshi Nakamoto, has a well-known twitter name, Faketoshi. The Chinese crypto community also gives him a nickname: 澳本聪, which means Australia Nakamoto. When typed fast, 澳本聪 turns into 奥本聪; the typo carries an additional hint of ridicule.

[ Da Bing is a weekly round-up of the most important crypto-related news that happened in China last week.]