What will blockchain look like in 2030? The experts speak

In the next decade, finance will be transformed; we’ll get our privacy back; and blockchain will become the norm, say our panel of experts. 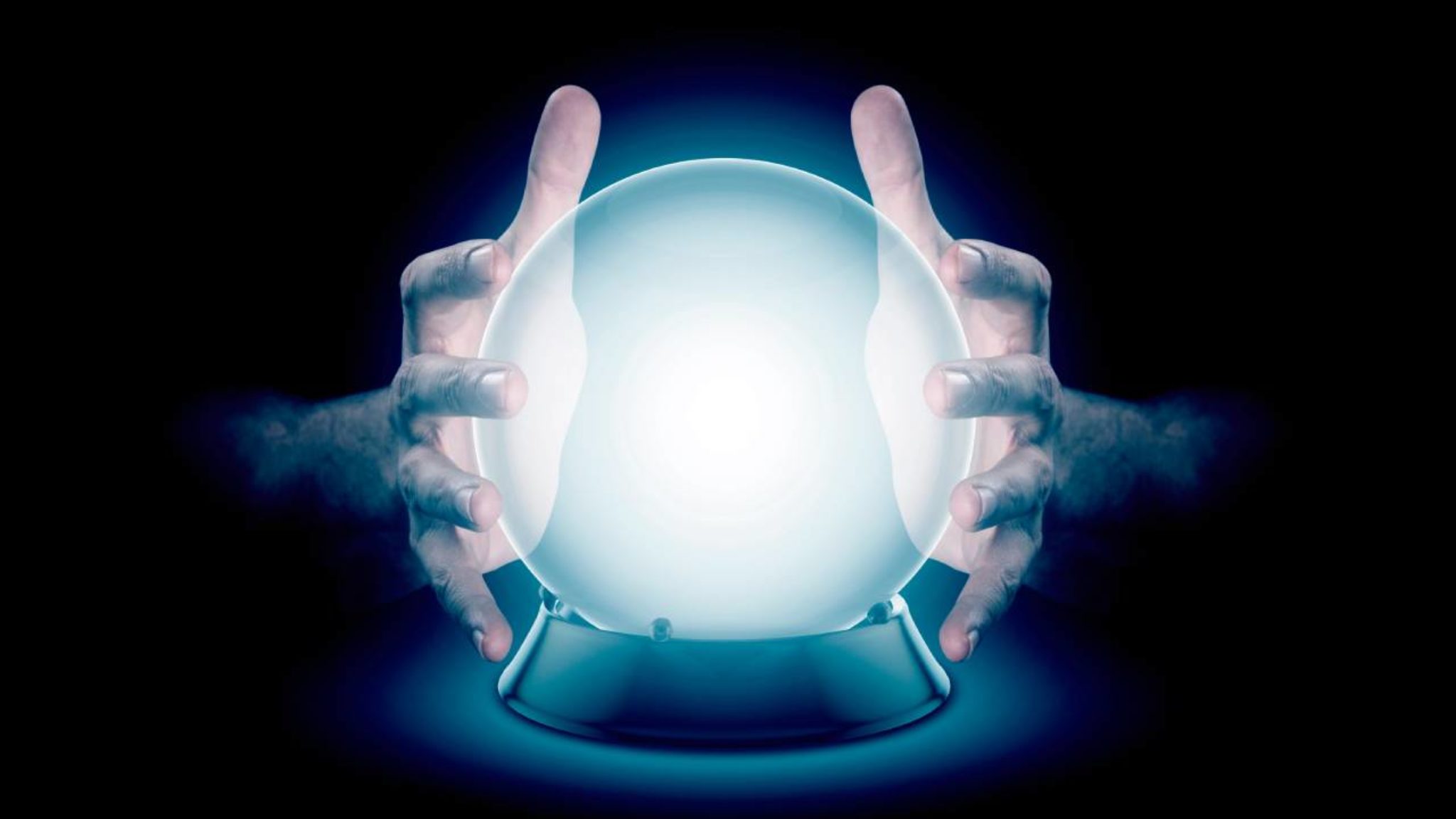 What does 2030 hold for blockchain? (Image: Inked Pixels)

2020 marks the beginning of a new decade. Indeed, it’s Bitcoin’s third decade, just—Satoshi Nakamoto’s Bitcoin whitepaper was first published in 2008. But out with the old and back to the future; specifically, blockchain’s.

What paths will the industry take in the next decade, and where will blockchain be in 2030? We asked 25 blockchain experts, from CEOs, to CTOs, to thought-leaders, what they thought.

We’ve listened with intent, coded the responses for themes, and present you with the most insightful responses, below.

“The future of blockchain innovation remains largely in the transformation of capital markets,” said Nick Cowan, CEO of the Gibraltar Stock Exchange (GSX) Group. “Traditional finance is inundated with inoperability and legacy infrastructure that can be overhauled utilising distributed ledger technology (DLT) and centralized ledger technology (CLT).” he said.

For Cowan, “blockchain will become a more recognised and mainstream tech solution in the trading, clearing and settlement of securities, while decreasing costs and increasing efficiency.”

Aaron Kaplan, a securities industry lawyer and the founder and co-CEO of Prometheum, said, “There will be a global, liquid market in blockchain securities by 2030.” Kaplan’s mostly talking about the US, where he believes future SEC regulation will further the expansion of public markets for digital assets, and encourage technological development.

“Once the general public begins to fully participate in this regulated, secondary market, blockchain securities will have an opportunity to go mainstream,” he said. “New markets tend to grow gradually but the pace of market innovation is also speeding up.” By way of example, Kaplan points to BATS, a stock exchange for securities. It received US regulatory approval as an alternative trading system (ATS) in 2005, and, three years later, it reached an average of $23 billion in trades per day. Blockchain securities, he suggests, could follow a similarly rapid path to mass adoption.

"The utility token market is not coming back"

Others, such as Eliott Teissonniere, Nodle's Blockchain Architect, a company that provides blockchain infrastructure for IoT devices, see the future in DeFi, or decentralized finance. “We already saw the creation of decentralized lending, exchange, insurance and betting platforms, and we can expect to see similar products in the next decade and maybe even the creation of fully decentralized banks,” he said.

Greg Forst, director of marketing at open source data integrity protocol Factom Protocol, says much the same. By 2030, he said, decentralized finance and digital currencies will be deeply rooted in the global society. “Questions around enterprise adoption levels, a big focus in 2019, will no longer be of major relevance to the industry,” Forst said. “We will have reached a stage of mainstream adoption that solidifies the status of DLT among citizens and enterprises alike.”

“Most governments around the world will create or adopt some form of virtual currency by 2030,” said Nidhi Joshi, a Business Consultant at iFour Technolab, a blockchain software development company, adding that developing nations will become hotbeds of experimentation for government cryptocurrencies “because of their unstable economy and weakness in institutions.”

"We will see cash bills and coins disappear in many places."

Nodle’s Teissonniere agreed: “Major nations will tokenize their local currency and we will see cash bills and coins disappear in many places,” he said.

Indeed, per Roy Shang, technical business lead of Conflux, a fast blockchain system, “Every Internet user worldwide will have a private key and 10% of online asset transfers will be recorded on the blockchain.”

For Vlad Miller, CEO of decentralized ecosystem Ethereum Express, government adoption will change the nature of global finance. He said that we will “witness new government cryptocurrencies which will compete with each other for domination in the world market,” rivaling conventional forex markets.

Teissonniere said that by 2030, more governments will move their services to distributed databases and blockchains. He pointed to Estonia, which already uses distributed databases to manage a company, your own identity, and access healthcare. “We can expect more governments to follow their example,” he said. Through blockchain, states “could organize more efficient elections or even build a decentralized and interoperable cross-country identity solution.”

By 2030, the internet will be private once again.

Jonathan Rouach, CEO and co-founder of zero-knowledge blockchain company QEDIT, thought that the route to privacy will be spurred on by current discussions about how to store sensitive business data. “In ten years’ time, when the full ramifications of GDPR and CCPA are laid bare, I expect that privacy enhancing tools will be widely adopted by enterprises,” he said. “By 2030, the notion of enterprise collaboration without an added privacy layer, powered by privacy enhancing technology such as zero-knowledge proof (ZKP) cryptography, will likely be passé.”

“Bitcoin will be a mostly-abandoned and unused novelty coin”

For “Alex”, co-founder at P2P trading platform LocalMonero, Bitcoin and Ethereum will have to go if we want our privacy back. “Bitcoin will be a mostly-abandoned and unused novelty coin,” he said, citing its lack of fungibility and privacy. (Others disagree, saying the price of Bitcoin will skyrocket—Benz, CEO of non-custodial crypto exchange Changelly, predicts it’ll reach $500,000).

As for Ethereum, it’s “too generalized” and “will be abandoned in favor of more efficient chains,” said “Alex”, who noted that it is inefficient at being purely an ICO platform.

“Alex” said that  Monero, or a superior privacy coin, will replace both Ethereum and Bitcoin.

Blockchain will fade into the background

If there’s one comment that sums up the voices, it’s a comment from Teissonniere, Nodle's Blockchain Architect: “Blockchain will become usable.”

Blockchain, by 2030, will finally have made good on its promises to remove the world’s middlemen, add integrity to our data, and ward off snooping governments.

By then, “Blockchain won’t be a buzzword,” said Alastair Johnson, the Founder and CEO of Nuggets, a blockchain-based secure payments and identity management platform. “It will be omnipresent and interconnected seamlessly with our everyday lives, and we will reap the benefits as if it always existed. Transaction speed, scalability and resilience will no longer be questioned and industries will have been changed irrevocably.”

For Viktor Viktorov, CEO and co-founder of REINNO, a commercial real estate tokenization and lending company, this means that “People will finally calm down about blockchain! Don't get me wrong, it is still going to be used in a variety of strong projects—but I think it will finally become less of a buzzword and more of a technology.”

Changelly’s Benz said that, by 2030, blockchain will be a household name, if not an afterthought. “It [will be] so commonly used we [won’t] really discuss it in as much detail as we do today.”

Today, we’ve stopped talking about the cloud and have shifted to focus on blockchain, Benz said. In 2030, “we will have our discussions surrounding a different transformative technology. Blockchain in 2030 is just as relevant as the word ‘database’ is in 2020.”

Teissonniere concurs: “The holy grail of usability and adoption will be when people use blockchain-backed products without realizing they are actually doing it.”