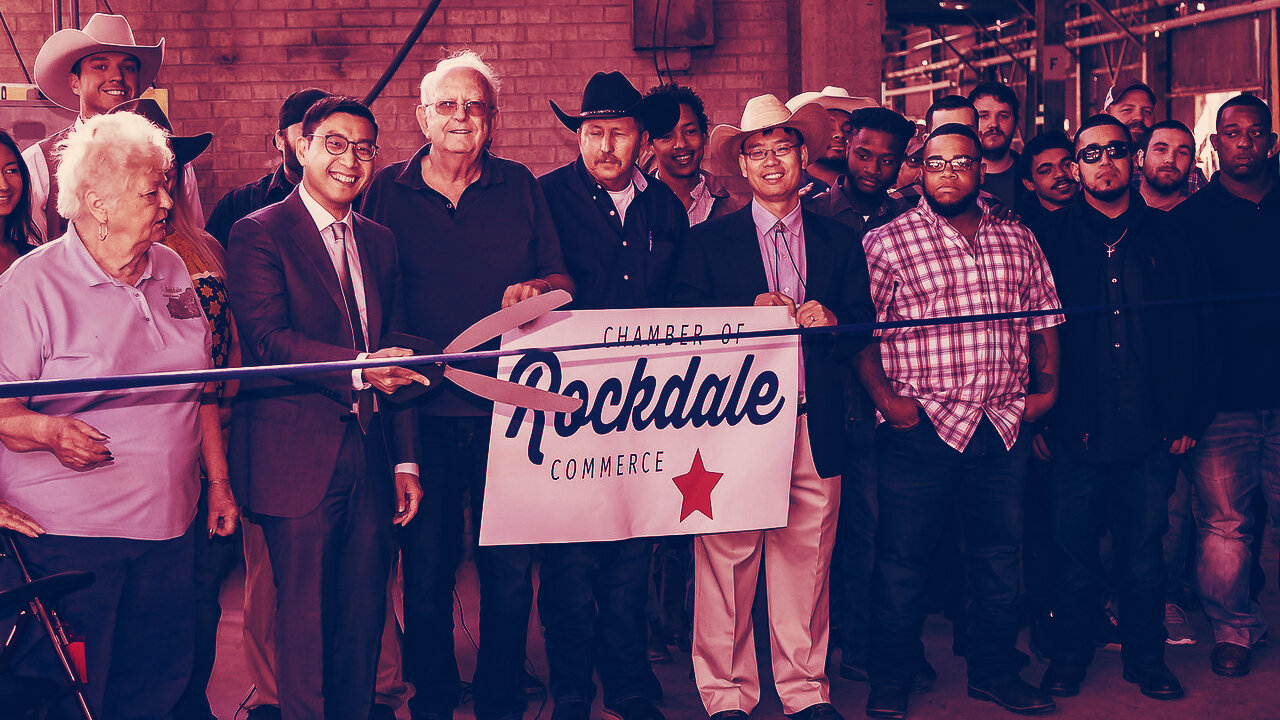 Bitmain—one of the largest cryptocurrency mining firms in the world—has ended its agreement with digital currency company DMG Blockchain Solution.

In a press release issued Monday, crypto company DMG explained that both it and Bitmain had “mutually terminated” the present management agreement that existed between both ventures, citing a lack of “cost and operational efficiencies.” DMG had been in league with Bitmain since last October to manage its new Rockdale, Texas mining facility, which Bitmain had previously stated would be the largest cryptocurrency mining operation across the globe with approximately 300 megawatts of power.

At present, it’s unclear what this means for the Texas bitcoin mining farm, and neither DMG or Bitmain have responded to Decrypt’s request for comment. But if Texas is now out of the question, it does appear that DMG and Bitmain are exploring other opportunities together, including the use of DMG’s Christina Lake facility in British Columbia, Canada, as well as additional sites that may serve Bitmain’s interests.

DMG has agreed to host roughly 1,000 mining machines at the Christina Lake facility, which were sent by executives of Bitmain in late December. The company said all miners have been installed, are completely functional, and will consume approximately 1.5 megawatts of power.

#Bitmain completes construction of 50MW mining facility in #Rockdale #Texas. (https://t.co/Sztme8Fokf) The project is set to create jobs in the area and plans to work with the local district to provide education and training on blockchain technology and data center operations. pic.twitter.com/z5W7b7eNei

“We are excited to begin working with this new client and are confident they will be one of many we add during 2020,” said DMG COO Sheldon Bennett in a statement. “DMG made a decision to focus on attracting large scale hosting clients, as profitable crypto-mining is a function of creating cost efficiencies, and our mining facility is well suited for industrial miners.”

Bitmain’s Texas project has been saddled with problems from the start. Though plans for the facility were first announced in 2018, the crypto winter that followed caused the company to hold back on all its construction goals, as mining was quickly losing its profitability. Prior, the company had stated that the facility would pump $500 million into the local economy and introduce 400 new jobs.

Texas has become something of a mining hotspot over the past year. A month after the opening of Bitmain’s facility, Whinstone Inc.—a builder of high-speed data centers—announced that it was joining forces with Germany-based Northern Bitcoin AG to open a new cryptocurrency mining facility in the Lone Star state. Development is now underway and is slated to be complete by the end of 2020.

Whinstone has already established several data centers throughout regions of Europe, including in the Netherlands and in Sweden.