How blockchain could solve Facebook and Twitter’s political ads problem 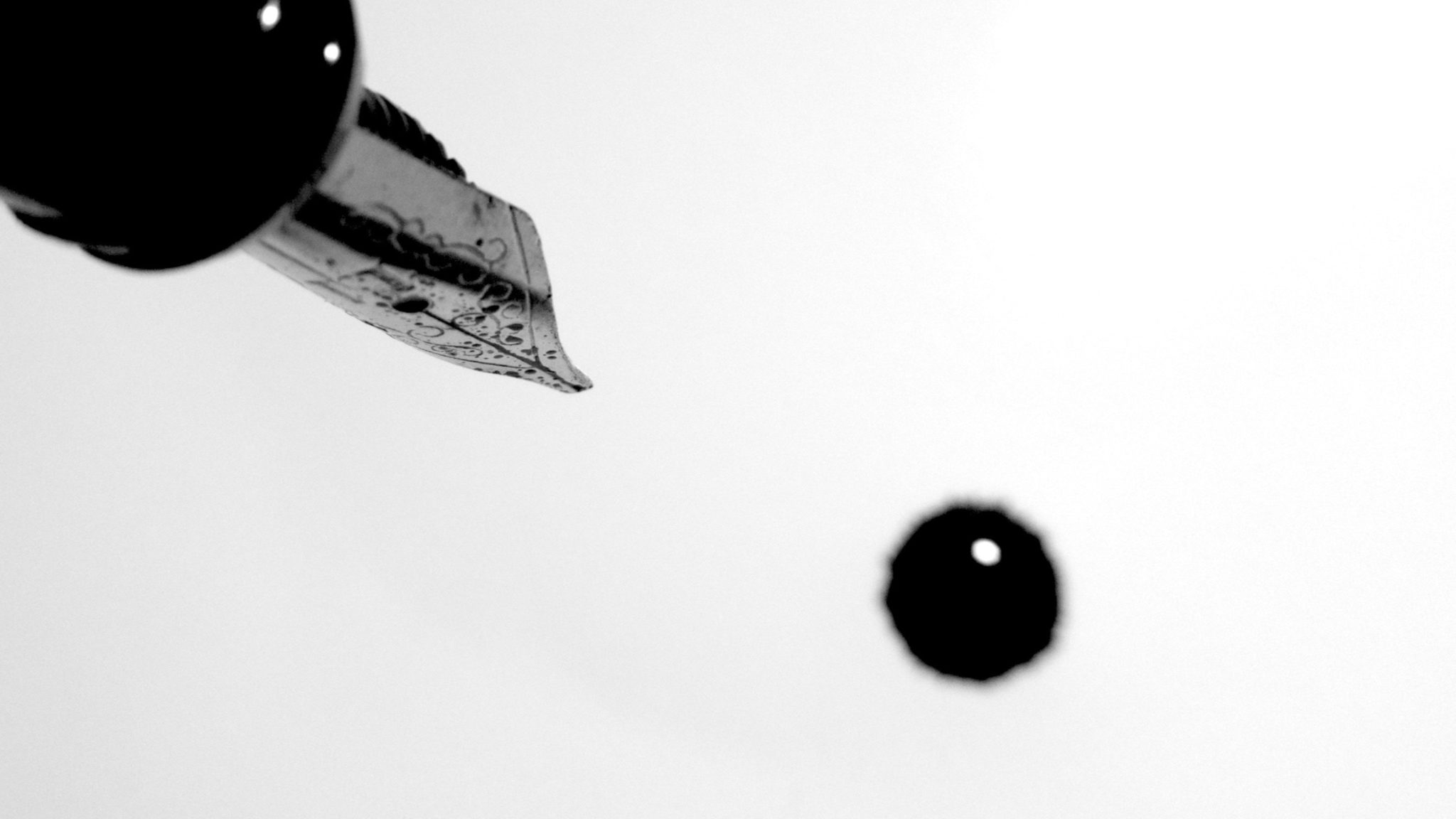 Blockchain is the perfect remedy for the broken political advertising landscape—and a fix could even be in place before the next US election.

Political advertising is running riot in our democracies. In Brexit-beleaguered Britain, campaigns are running unverified claims on buses, while their sources of funding remain unclear. In the US, things are no better. During Mark Zuckerberg’s recent testimony to Congress, Democrat Rep. Alexandria Ocasio-Cortez challenged the Facebook founder, pointing out that under the social network’s fact-checking policy, she could run ads falsely claiming that Republicans supported her policies with impunity.

Ads on social media platforms are microtargeted to likely voters; a staggering 5.9 million individual political ad variations were posted by the Trump campaign in the last US election alone. “The kind of adtech that’s used completely benignly to target ads for products and services is weaponized for the purposes of political ad messaging,” Nigel Gwilliam, director of media affairs at the UK’s Institute of Practitioners in Advertising (IPA), told Decrypt.

A solution to the ad industry’s problems might just be in the offing. “If there’s no regulation, the next best thing is transparency,” said Gwilliam. Adding transparency and accountability to processes is one of blockchain’s USPs; it’s been used everywhere from NGOs to supermarket supply chains. A workable solution for political advertising built on the technology could even be ready in time for the US election in 2020. But much depends on whether the ad industry can come together to make it happen.

Earlier this year, the IPA called for social media platforms, such as Google and Facebook, to fund a "platform-neutral, industry-owned register" for political ads, to track political ad spending and targeting, and ensure that election promises are being met.

In the absence of regulation, said Gwilliam, “the next best thing is to gather all of the messages in one place that’s searchable. You can see who said what, who’s paid what, and where the ads have run. You’re not passing a judgement on any of those messages, you’re just allowing journalists and data scientists and members of opposition parties to see what you’re saying and make counter claims about it.”

This image was used by Leave UK to suggest that the EU is complicit in polar bears' demise. The untruth went unexposed for two years thanks to the ephemeral fashion in which voters were targeted. IMAGE: Facebook

Gwilliam said that the complexity of the advertising supply chain, coupled with the rise of microtargeting, means the volume of messages becomes “impossible for humans to manage on their own.” The IPA’s requirements are thus for a register that is machine readable, in real time, to reflect the fast moving nature of today’s political messaging.

The IPA also proposed that a register should have a fee for each ad created, to put a drag on microtargeting. “We think that connecting the funding mechanism to the problem is a smart way of doing it,” said Gwilliam.

While the platforms would contribute data and the funding for it, the IPA says they shouldn’t be responsible for administering the register. “Our view is that [it] shouldn’t be a case of individual platforms doing this, there needs to be an overarching register that gathers everything together. Platforms are the beneficiaries so they should take prime responsibility for providing the data, and the funding for the register,” he said.

UK-based fact-checking non-profit Full Fact would be tasked with verifying the claims made in the ads as well as their targets and the amount spent, the IPA suggested. The register should be overseen by the Joint Industry Committee for Web Standards (JICWEBS)—a UK cross industry body that includes the IPA.

In fact, JICWEBS is already working on a distributed ledger pilot in partnership with Fiducia, a DLT startup building extensions to existing protocols to meet the specific requirements of the digital advertising space. But it hasn’t explored the idea of applying blockchain to registering and tracking political ad spend—yet.

The case for a blockchain

“It’s a brilliant use case for what we’re doing,” Tim Brown, Fiducia CEO, told Decrypt. He believes a registry solution, along the lines of what the IPA is calling for, could easily be built on top of the infrastructure they’ve created.

The technology Fiducia is building can serve as a single source of truth about ad impressions, including data related to advertising for both demand and supply partners, with information automatically recorded on the distributed ledger.

For political ads, it would need to determine what data would be tracked. Monitoring the financing chain could establish whether a payment is in a conventional form, from a known player, and if not, it could throw up a red flag. Questionable activities would thus be more transparent, enabling fraudulent participants to be deleted.

"It's, in many ways, a poster child for a decentralized solution, with zero knowledge proofs, and all the fun stuff we talk about in our industry."

Alanna Gombert, co-lead on media and advertising at ConsenSys

Early next year, a decision will be made about whether to implement the technology. If it gets the green light, the infrastructure would be ready by mid 2020, and a solution along the lines proposed by the IPA could be in place before the end of the year.

Brown said that it could easily be adapted for industry bodies in other jurisdictions. Getting it in place well before the height of campaigning for the next US election is a stretch, but possible, he added.

The JICWEBS and Fiducia solution consists of a permission-based network, operated by the half dozen associations that are members of the committee. They would comprise the validator nodes, enabling transactions to be verified. The data would be supplied by each vendor node in the supply chain, and shared with all the other nodes in the network.

This data would have to be measurable, or quantifiable, said Brown—such as number of ads purchased, who they’re targeted at, and how much was spent.

But he believes that providing the industry with access to this data would enable it to measure the accuracy of the standards it’s created, and enable it to enforce them, by highlighting bad actors.

The will to act

The technology, then, is not the issue. One of the big challenges Brown highlights is persuading enough companies, in a siloed industry, to adopt it.

The main problem is a lack of industry collaboration, Alanna Gombert, co-lead on media and advertising at ConsenSys, told us (ConsenSys funds an editorially independent Decrypt.) The first steps are for an industry body to come together as a third party standards maker, and more oversight from the platforms.

"There needs to be a consensus mechanism for advertising where the industry comes together and has a way of verifying advertisements created,” Gombert said. “That is—in many ways—a poster child for a decentralized solution, with zero knowledge proofs, and all the fun stuff we talk about in our industry. This is a good use case for it,” she said.

Indeed, there are already over 200 different entities working on blockchain solutions for the advertising supply chain—it’s just that none of them are working on political ads specifically. Unilever, Kellogg’s and Kimberly-Clark are working together to eliminate middle men from ad-buying, which would enable buyers to better audit advertising spending. And the IAB Tech Lab,a non-profit developing technology and standards for the digital media ecosystem, is also studying the space.

In the meantime, accountability in political advertising is high on the agenda of governments around the world. Vera Jourova, the EU commissioner for justice, consumers and gender equality, told CNBC this month that lawmakers in Brussels will introduce rules for more transparency in political campaigning “so that people know who is behind the campaigning, who pays for it, and what are the interests”.

Blockchain provides one possible solution to the problem; what remains to be found is the political will to find a way for industry stakeholders to use it. And that could be the hardest thing of all.

As Gwilliam says, “The ability to deliver a solution to political advertising is—surprise, surprise—incredibly political.”