In a wide-ranging talk at San Francisco Blockchain Week, XRP Capital's Michael Arrington ripped into the U.S. regulatory system, and the "bastards" that run it. 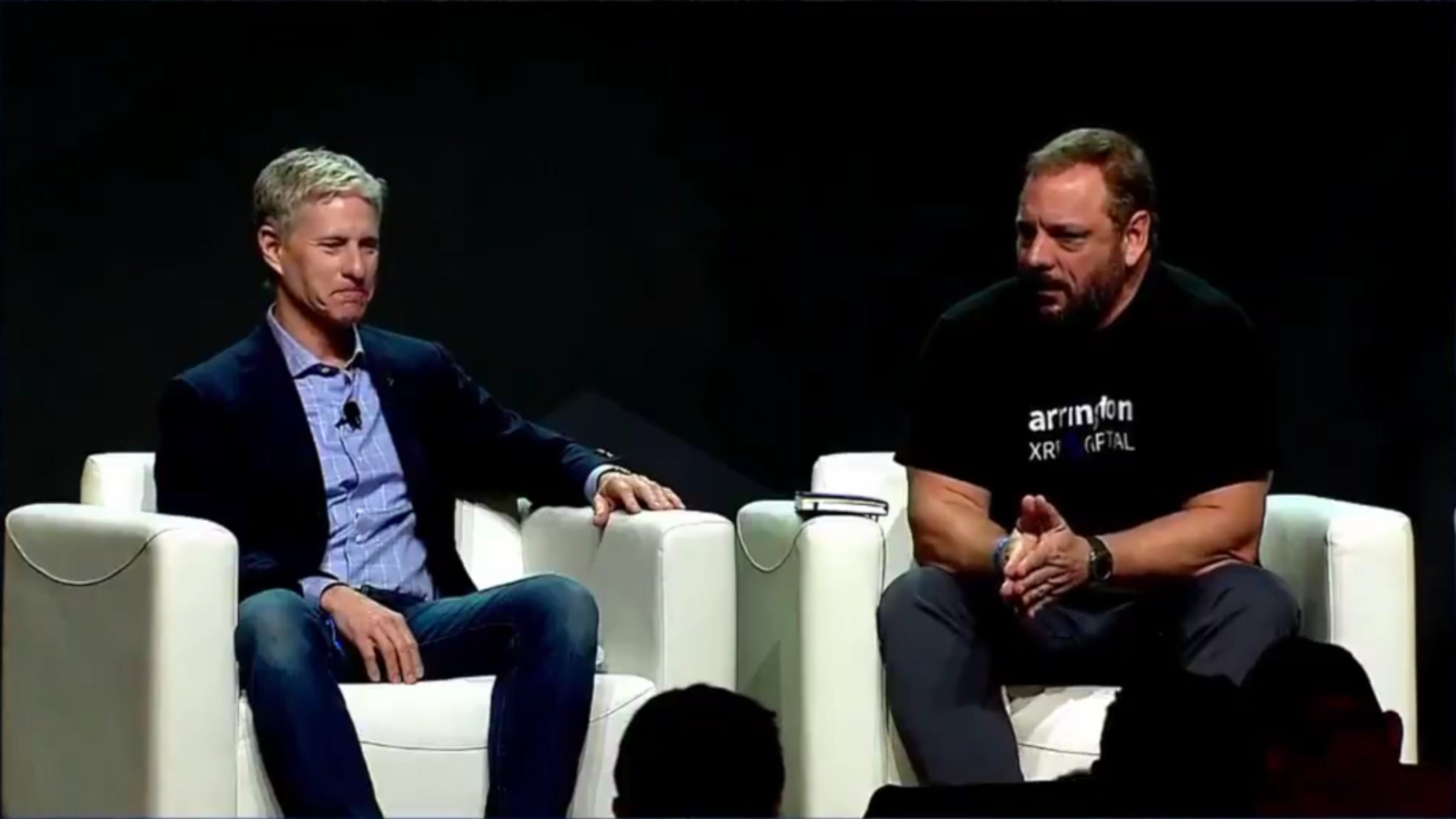 SAN FRANCISCO—The conference circuit must get repetitive for folks like Michael Arrington, the founder of TechCrunch and Arrington XRP Capital. But he’s seemingly trying to keep things interesting, both for the audience and for himself.

During a discussion on the main stage at San Francisco Blockchain Week, Arrington, clad in socks with the Ripple logo and sporting an XRP Capital shirt, cheekily asked Ripple co-founder Chris Larsen whether he was a Bitcoin maximalist. Larsen took the joke and ran with it, staying on message throughout to talk about the need for multiple blockchains.

Larsen expressed excitement about Ripple extending into China before saying, “I think what it means, though, is obviously the U.S. regulators have got to step up. I think they’re doing a pretty good job, but we haven’t...”

“Because they’re bastards,” Arrington said. “I mean, they really—I think we have a difference of opinion on the U.S. regulatory ability or willingness to do a good job.”

Larsen argued that the U.S. had been a leader in the internet revolution, having laid out a framework, referring to the Framework for Global Electronic Commerce. Arrington agreed with that. Cutting U.S. regulators some slack, Larsen said, “The difference, though, is that finance is just way more complicated than where we’re just dealing with data.”

Though he steered the conversation back to China, Larsen was quickly back to being challenged by Arrington. “With China’s announcement now, I think we’re really in danger of falling behind-—sending more companies abroad, cutting out the U.S. from even dealing with the U.S.,” Larsen said. “That would be absolutely tragic. The good news is that I think the administration gets that.”

Arrington wasn’t having it.

“You think the administration gets that?” Arrington stated. “[Donald] Trump gets the crypto? You think he understands it?” He put another pin in that before asking Larsen about Ripple’s involvement in China.

Larsen finished his answer, but Arrington wasn’t done with regulators, forcing Larsen to defend his diplomatic stance that they were “doing good work.” Larsen pointed to minimal regulations as a feature, not a bug, in an appeal to Arrington’s libertarianism: “You have to admit, though: This is the best FinTech environment we’ve ever had.”

After a few more bon mots, Arrington finally let him off the hook, before ending the session with a half-joke: “I think what we agreed on is that the SEC is evil.”