Hedera’s beta launched with fast transactions, a robust network and dozens of Dapps. So why has its token price crashed? 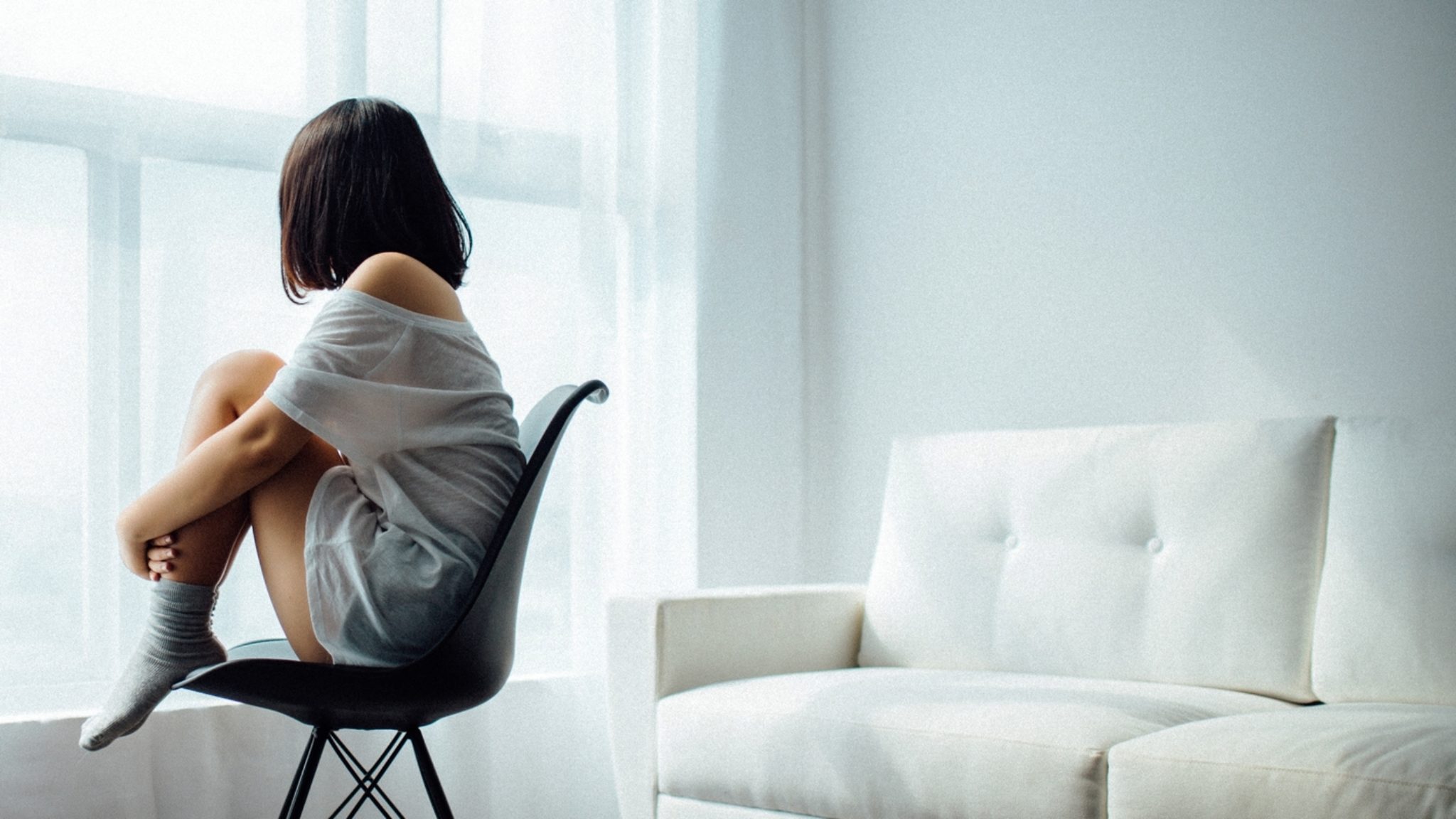 Hedera Hashgraph aimed high. Invented in 2016 by Dr. Leemon Baird, Hedera promised fast transaction speeds, low costs, and security through its token, HBAR. It uses something called a Directed Acyclic Graph, an alternative to blockchain that’s supposed to make the network faster at verifying transactions as the network grows.

And Hedera Hashgraph attracted prestigious investors with deep pockets; among members of its “Governing Council”, which controls the codebase and decides the fate of the network, are IBM, Boeing, and Tata Communications. Developers also invested heavily in the network; Hedera’s mainnet beta launched with 25 dapps. One, AdsDax, already completed 2 million transactions while the network was in private beta.

On paper, everything seemed to point towards success. But when the mainnet public beta (or Open Access, as Hedera calls it) launched a couple of weeks ago, the price of HBAR, Hedera’s native token, tanked. HBAR launched with a price of $0.36, but quickly slumped to $0.03, less than a tenth of its original value. And volume on the network, which peaked on September 17 with $27 million, has since slumped to just $7.4 million. Eric Wall, ex-blockchain lead at Cinnober, a Nasdaq-owned fintech company, noted that overall Altcoin indices have dropped around 60 percent since Hedera’s launch. Hedera, which fell by 90 percent, is even underperforming in an already weakened market.

But it would be foolish to pronounce Hedera dead just because the price of HBAR has tanked. The network is, after all, still in beta, and it is fast. Soon, the restrictions on the network, notably its transaction speeds, will be lifted.

And Wall pointed out the necessity of distinguishing between the Hedera network and its native token, HBAR. “Networks are inherently useful; they build bridges between participants and applications,” he told Decrypt. For Hedera, doubly so: because it uses a DAG, its network is supposed to become more secure following each transaction. HBAR is used by developers to settle network fees and to secure Hedera’s proof-of-stake network. Because Hedera’s a proof-of-stake network, ne’er-do-wells hoping to manipulate consensus have to own and then stake more than a third of the total supply. Hedera owned 54.1 percent of the tokens at the time of launch, and has paused plans to give them up. (Investors hold around 17 percent, and Hedera’s own employees own another 15 percent).

Hedera even incorporated the Ethereum Virtual Machine into the network, so it’s possible to run ERC-20 smart contracts on it—which has the side effect of minimizing the need for the HBAR token. “There's very little reason to adopt a new currency with high volatility when you can just use a stablecoin on the platform instead,” said Wall. Andrew Antar, CEO of Tune.fm, a music platform that runs on Hedera, said that while he believed in blockhain’s libertarian, stateless ambitions, “when you're trying to operate in the business environment, that doesn't really fly well with C level executives.”

The price itself, Wall said, is just a “speculation tool” that has little to do with the network. But such market sentiment is worth paying attention to; though throttled, Hedera’s still supposed to be leaps and bounds better than competitors, if sales pitches, adverts and press releases are anything to go by. So why doesn’t the market like it?

“HBAR suffers from terribly poor economics,” said Wall, for a number of reasons. First, the market hasn’t yet found its feet, “so high volatility is normal”; second, the “starting valuation was probably too high, which they pulled by overmarketing the project's unique capabilities”. Wall also said the problems are distribution related. “Hedera now has the problem that it needs to unload [more than] 98% of its supply on the market at a high valuation. Many who invest in early stage ICOs are looking for profitable exits. The terrible economics is that it has set itself up nicely for sustained selling pressure for quite a while”.

Hedera Hashgraph has acknowledged there is a problem, and is now working with Prysm Group, a blockchain economic consulting firm staffed by Harvard and MIT affiliated employees. “Any and all aspects of the token economics model are on the table,” wrote Hedera’s CEO, Mance Harmon.

Hedera hasn’t said what needs “re-evaluating”, but Antar, the developer, has already borne the brunt of Hedera’s early missteps. Antar agreed with Wall, telling Decrypt that the falling price is the result of a huge amount of supply dumped on the market upon launch. Early investors sold their tokens, causing the price to sink. That’s caused problems for Antar’s platform: the JAM token is an ERC20, but Hedera’s fees to call the smart contract are denominated in fiat USD and payable in HBAR, meaning that the nominal prices in HBAR for using the network have skyrocketed. Since Hedera’s OA launched, tune.fm has upgraded its dynamic fee estimation functions to accommodate for price swings. But Antar’s bumpy ride confirms his post-hoc hypothesis: “It's a direct result of the token economics...how you distribute those tokens directly affects the price.”

Jim Gao, an engaged community member, investor, developer, and "believer in the Hashgraph algorithm”, suggests another reason for the falling price: “The HBAR price revealed a fundamental flaw in the team's strategy, which was focusing too much on enterprises and not paying enough attention to the community,” he told Decrypt. Recent marketing efforts by Hashgraph have pushed the prestige of companies like IBM and Deutsche Telekom, or pointed to the various Dapps on the network. But they provided little information about how the community might get involved in the project. Yet “the community, made up of thousands of common folks, is the backbone that determines the long-term success of a project,” said Gao.

Over the past year, Gao claims to have made repeated efforts to contact Hedera but has yet to receive a reply. He said others in the community have felt sidelined: “I am in several Hedera related WeChat groups, in which some members voiced the concern that Hedera might be neglecting the Hashgraph communities in China, which has been a powerhouse in the crypto space.” And Gao points to a recent podcast by Hedera, released since the price crashed, that “failed to address the most urgent concern on every community member's mind—how can the HBAR price crash so far and so quickly, and where we are going from here?”

Yet both Gao and Antar remain fiercely loyal to Hedera. Gao has never doubted the brilliance or integrity of the creators. In his videos, he gushes over Dr. Leemon Baird—as do many in Hedera’s community Telegram groups—and he told Decrypt that he has complete confidence in the team to do the right thing. He’s held local meetups and promoted Hashgraph to China’s online communities—and he’s still buying HBAR, even at the current price. Of course, as developers of Dapps that run exclusively on Hedera, both Antar and Gao are in far too deep to back out now.

The fate of Hedera will likely be determined by Hedera and the Governing Council. If they can distribute the remaining tokens successfully and build the Hedera network, the price of HBAR might recover. But if they fail, critics of Hedera’s centralized governance structure wait patiently to be proven right.