Open blockchains—and Libra—get a boost in Shanghai at the country’s biggest Web3 event this week. 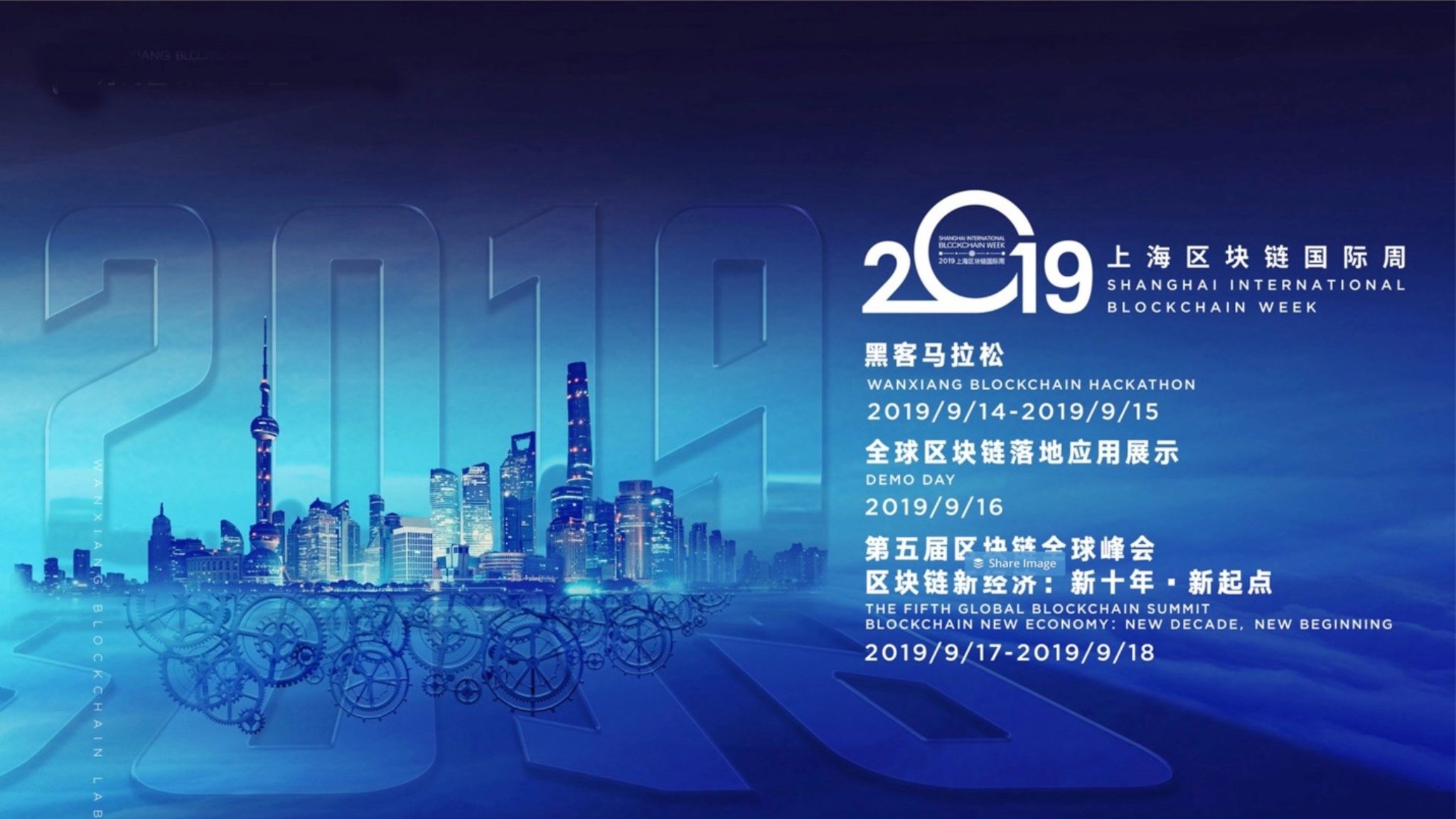 SHANGHAI—Representatives from the Chinese Government were noticeably more open to crypto in general—and Facebook's Libra in particular— at the 2019 Shanghai Wanxiang Blockchain Conference, the country's only state-sanctified blockchain event this week.

The gathering of 2,000 people, which ended Wednesday, brought together high-flying government officials, who are in charge of China’s blockchain strategy, and entrepreneurs from some of the country's leading blockchain startups. Ethereum co-founder Vitalik Buterin was there as well.

The panels discussions and speeches, which touched on a massive range of topics,  might come as a surprise to readers in the West, who might think that all things related to Web3 technologies are off limits in China. But that's simply not true. The speeches by Government officials are certainly nuanced, but if you know Chinese—and know what to listen for—the overall conversation about unfettered blockchain technologies is moving along, pretty much in parallel to the west.

Blessed by the Government

The Shanghai Wanxiang Blockchain Conference, which began in 2015 and is sponsored by the auto giant, Wanxiang, has been the only flagship blockchain event blessed by the Chinese government and respected by the blockchain ecosystem worldwide.

This year, the conference was headlined by prominent Government speakers, including Li Lihui, head of the Blockchain Research Working Group at the National Internet Finance Association of China. Li is also a former Member of the Financial Economic Committee of the 12th National People’s Congress, and the former President of the Bank of China.

Other speakers included Dr. Yao Qian is the Chief Executive Officer of China Securities Depository and Clearing Corporation Limited (CSDC), and Feng Xiao, the man behind the conference, and perhaps the most important person in China when it comes to accelerating of blockchain here.

Deciphering insights from a Chinese government official’s speech is more of an art than a science. Jargon gets thrown everywhere without having any real meaning, like in the rest of the world. However, this year, we saw more crystallized rhetoric from government officials in talking about Libra, open finance, asset digitization—and more importantly, central bank digital currency.

It’s interesting how the word “tokenization” was replaced by “digitalization” in most speeches. Though no one explicitly pointed out the use of tokens, it’s understood among audiences that asset digitalization is equivalent with asset tokenization. In China right now, the word  “digital (数字）” is harmless. But “token（代币）” has unpleasant connotations since it's associated with ICOs and illegal fundraising.

“Digital assets are the core of digital finance,” Li said at one point.  “Through digitalization, assets become more versatile.” This may sound banal in English but in Chinese, it was actually somewhat florid—and moving.

“Only by having digital asset can digital finance thrive,” Li said. “Therefore asset digitalization is the foundation of digital finance.” In other words, he was claiming that China aspires to open up its economic infrastructure, and embrace a fully “digitalized” society.

Those statements are in line with the recent policy trend, in which China plans to open up its capital markets and loosen regulations to encourage healthier investment, trading and exchanges. And blockchain technology, as Li Lihui pointed out, will be instrumental in the next wave of economic reform.

Here is what Li, the former president of the Bank of China, said: 如果能够获得监管许可，Libra似乎具备了成为可信任机构数字货币的全部特性。Libra这类可信任机构数字货币体系，一旦形成可以覆盖全球各个角落的金融基础设施，就可能从支付清算入手，逐步进入储蓄、融资、投资、保险、资产交易等领域，渗透平民大众的经济生活，全面争夺金融业的市场。”

In English, this roughly translates to: “If Libra obtains regulatory approval, it will become a trusted organization that issues digital currency. Once it covers all corners of financial infrastructure, it will immerse itself into people’s everyday life and become a major fintech competitor.”

Emphasis added, above. What the quote implies is that the idea, and infrastructure, of Libra is immensely powerful and if regulators approve it, it will profoundly transform the global economy. The use of the words " trusted organization" is what gives that statement its weight. Most regulators around the world do not consider Libra trustworthy, but Li was holding open the possibility that the jury is still out, it’s possible Libra will be approved and gradually take hold.

What he didn’t say was that China must oppose its adoption at all costs. That’s a big deal.

Another keynote was given by Henry Ma, Chief Information Officer of WeBank. He created a new system called “Shan Du.” (Shan means “goodness” in Chinese, and Du means “measurement.”)

Ma’s idea is to use blockchain to store a record of a citizen’s good behavior— and reward them accordingly.

The new system will have seven roles: originator, distributer, sponsor, exchange platform, settlement provider, supervisor, and user. What’s interesting here is that most behavioral economics design has focused on punishing bad behavior, Ma’s proposed schema instead focuses on good behavior. The idea is to get people to aspire to do good.

Though it’s not clear how this switch of perspective is different from the much-debated, and controversial  “social credit” system, it’s evident that Chinese companies are thinking about ways to use blockchain for collectivistic and societal value. Smart cities, which reward citizens for good behavior and punish them for bad behavior, has been a huge topic for blockchain thinkers in China lately—a big shift from distributed-ledger technology’s application to, say, data storage.