Peter Schiff, known for correctly predicting that one thing that one time, forecasts gloomy days ahead for Bitcoin. Also, buy gold, obviously. 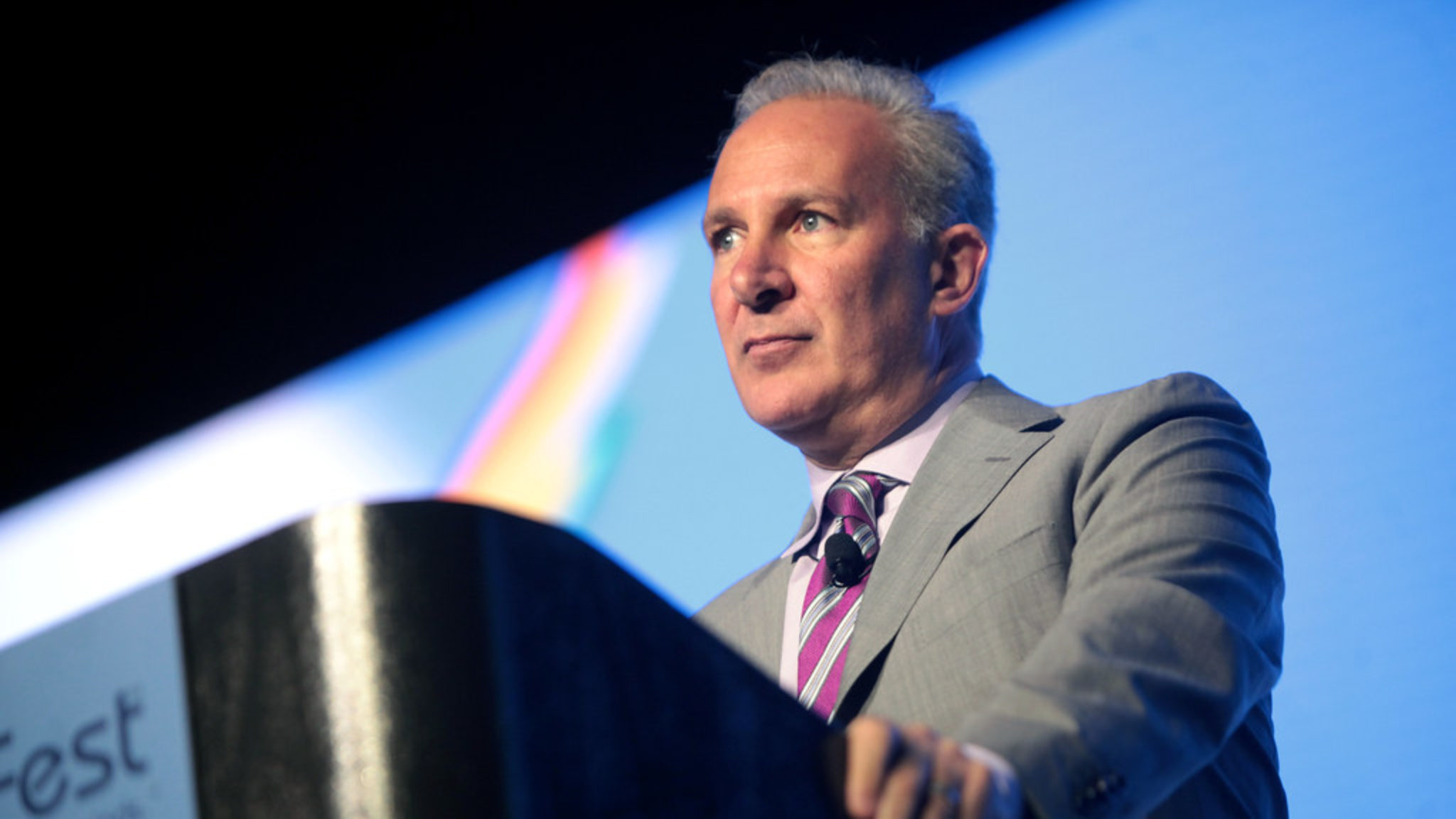 For a man who wants nothing to do with Bitcoin, economist and Euro Pacific Capital CEO Peter Schiff never misses an opportunity to share his opinions about the cryptocurrency.

Schiff is well-known in the world of finance for a catalog of profitable investments, shilling gold—and, yes, correctly predicting the 2008 U.S. housing bubble and ensuing financial crisis.

More recently, though, Schiff has taken to duking it out with crypto-celebs like Morgan Creek Digital cofounder and eternal Bitcoin bull Anthony Pompliano.

Today’s Twitter squabble, in fact, began with a reference to his nemesis Pomp: “Just watched [Squawk Box host] Joe Kernen's love fest with Anthony Pompliano as he touted Bitcoin,” Schiff wrote. “Prior to the 2008 financial crisis, when I was still invited on CNBC, Joe was critical of my advice to buy gold. Joe was wrong to be bearish on gold then, and he's wrong to be bullish on Bitcoin now!”

Without saying a word, Kernen fired back with a link—a CNBC story in which Schiff wrongly predicted gold would hit $5,000 by 2014. Gold, in fact, has never even come close to reaching that price in 100 years.

Fundstrat cofounder Tom Lee, who likewise enjoys making wild predictions of his own, then got into the mix, mocking Schiff’s gold outlook, which is what really got the economist’s dander up.

Lee, unsurprisingly, doubled down, challenging Schiff to put his gold where his mouth is: "I would take $50k BTC first over $5k gold" Lee said.

Schiff has in the past been unwilling to engage in such wagers, but that hasn’t stopped Bitcoin loyalists from trying to convert the gold diehard into a Bitcoin believer. Pompliano has even gone so far as to donate Bitcoin to Schiff, prompting other hodlers to do the same in an effort to, er—who knows?

In Schiff’s defense, however, Bitcoin has shown difficulty breaking through the $12,000 mark as of late. Despite developments in the industry and bullish outlooks, there’s still plenty out there for doom-and-gloomers like Schiff to use to sow doubt.