Thanks to CryptoKaju’s collaboration with CryptoKitties’ developer Dapper, now you can have one! 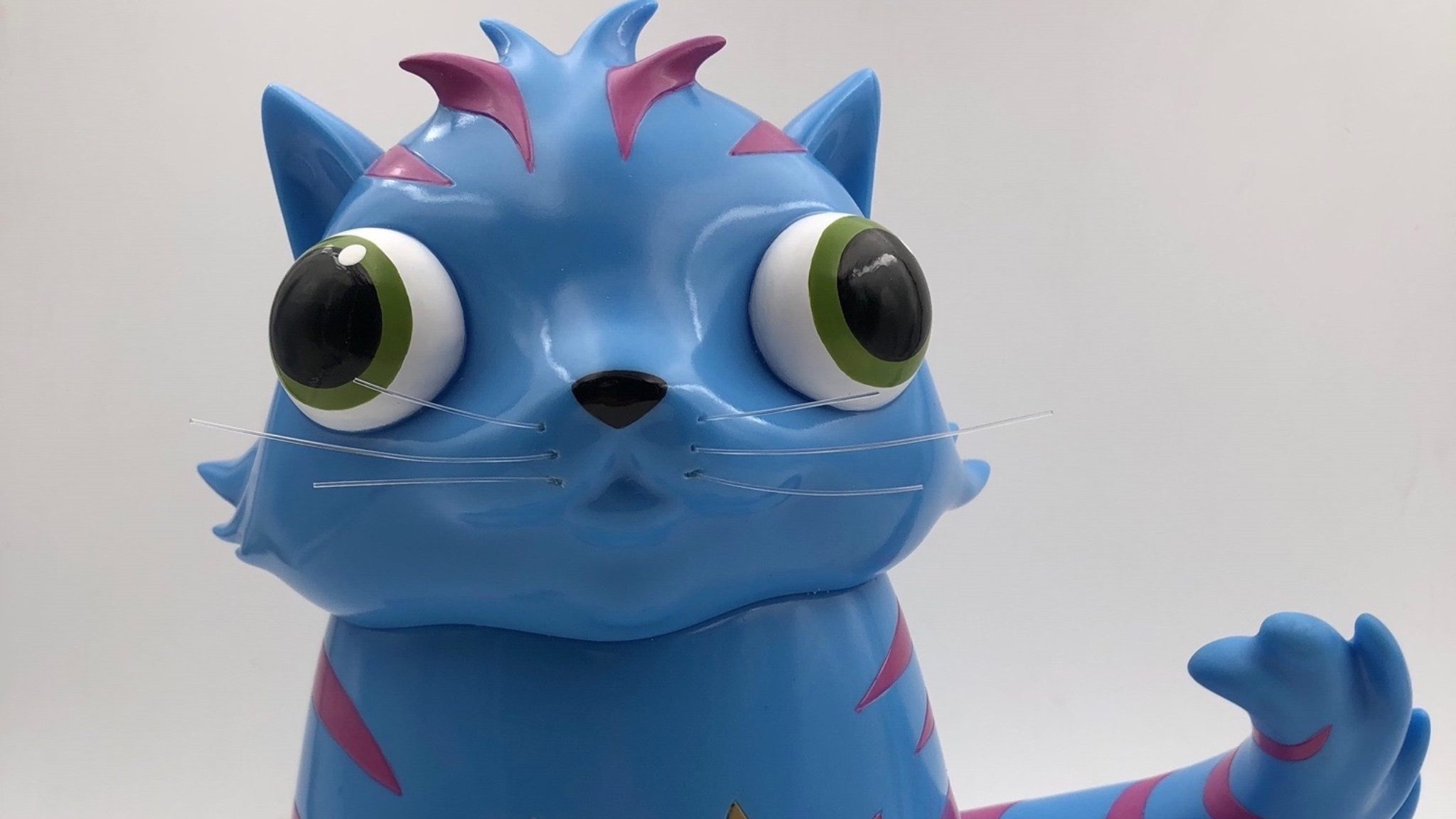 Making the digital physical is a speciality of the firm. The new release—produced under license from CryptoKitties’ developer Drapper Labs—marks the third generation of CryptoKaiju crypto-themed toys.

The first-generation model, which shipped in November 2018, featured a monster, “Genesis,” named after the first block in a blockchain. The second paid homage to crypto notables such as Ethereum cofounder Vitalik Buterin, and Hodlonaut, the Twitter user who stood up to self-proclaimed Bitcoin inventor Craig Wright.

Like their predecessors, the 7.5 inch CryptoKitties each have a unique identity and are traceable on the blockchain.

Look underneath the toy’s foot, and you’ll see a tamper-proof, near-field communication (NFC) tag, with a unique serial number. Doting owners can interact with the chip, using a smartphone or other device, to access details about their toy’s unique characteristics.

But to ensure scarcity and therefore value, CryptoKaiju is releasing a limited quantity of CryptoKitties, according to the firm’s website. And some characteristics will be scarcer than others. To spice things up, the team will only divulge these details once the first batch of their CryptoKitties is released and the features will be visible on their Kaiju Explorer.

Each Kitty’s birth date, gender, color, physical and personality traits, such as "intelligence" or "creativity" are recorded as metadata within a smart contract, represented by a non-fungible token, which means it’s unique.

CryptoKaiju founder, Oliver Carding, said that Dapper Labs had been instrumental in bringing the project to life.

“This latest Kaiju is our best yet and the whole process truly is a testament to the amazing creativity and collaboration happening in this space at the moment,” he said in a statement.

CryptoKaiju CryptoKitties come in two colourways: “Cinderella” (blue) and “Cottoncandy” (pink.) They start at $62, and ship in early September—the purrfect collectible for any crypto trading desk.

Or even any desk.