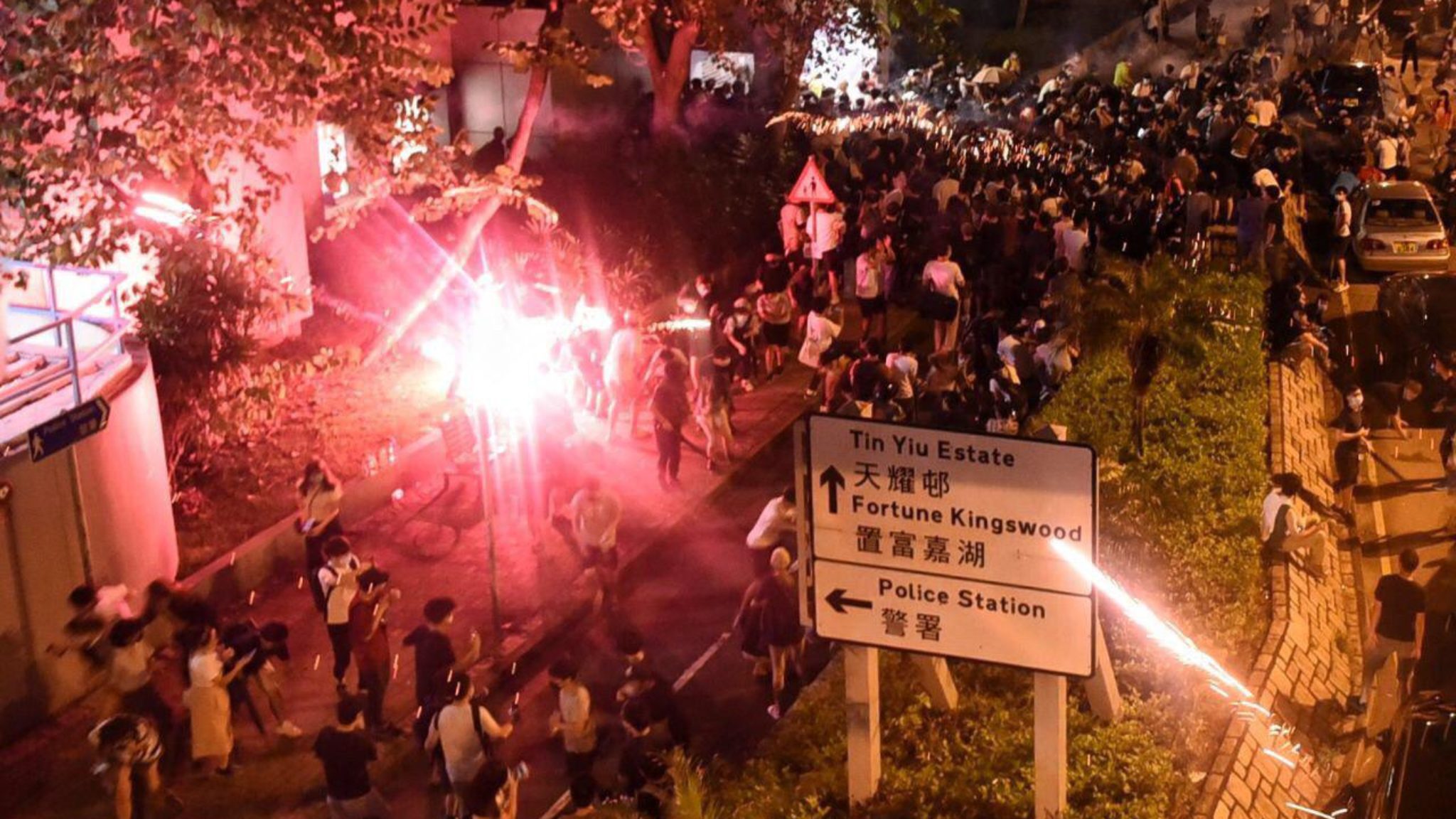 Telegram was the most downloaded app in Hong Kong last month, according to analytics platform AppAnnie. Along with surgical masks and laser pointers to evade surveillance cameras, the secure messaging app has become an indispensable weapon in the modern day protestor’s arsenal.

Telegram groups—autonomous, leaderless and made up of hundreds of thousands of protestors—are enabling the world’s most decentralized revolution to date. Today, Hong Kong’s groups once again published a slew of news and video footage—unavailable on “approved” media—about the city’s protests, which are now entering their eighth consecutive week.

Details of 45 more arrests, assaults on journalists and civilians, over 100 open letters of support from Hong Kong industry leaders, as well as plans for a general strike next Monday were publicized.

Hong Kong’s protests began in June over a law, later shelved, that would allow extradition from semi-autonomous Hong Kong to mainland China. But they've now spread to reflect wider demands for democratic reform and freedom for those arrested.

And the battles have been fought, not only on the streets of the city, but digitally—on the messaging apps installed on the laptops and mobiles of hundreds of thousands of protestors.

Decrypt spoke with a number of group members and organizers and, for reasons involving their personal safety, agreed to use pseudonyms.

“We owe the existence of the protests to it—mainly Telegram, live media and a whole lot of other social media,” said “Josh,” a Telegram group coordinator.

Protest organisers use the encrypted messaging available within Telegram to share sensitive information and evade the increasingly sophisticated surveillance of Beijing backed authorities.

The app allows them to form groups and—along with other social media, such as Signal, Facebook and WhatsApp—to disseminate video footage and updates, details on how and where to rally, and requests for additional supplies.

“Ruth," another of the groups’ organizers, told Decrypt that secrecy was one of the main reasons why secure, encrypted messaging apps, such as Telegram, have been so effective in protecting personal information while enabling effective communication.

“We know that our biggest ‘enemy’ is IT security. As long as Big China doesn’t understand how it works, its safe for now,” she said.

She also revealed how dissenters are shunning Chinese-made apps and devices in the interests of anonymity.

“It’s worse if you are using a mobile phone made in China, especially Huawei,” she claimed.  “Everything in the phone is being mirrored to the server.”

To maximise security, groups such as theirs have no official leaders and members are unaware of each others’ identity. “We don’t know each other and what we are doing in each team,” said  “Christie,” another member of the group.

Every day, activists as young as 16, are going analog; they’re buying single-ride subway tickets, forgoing credit cards and giving up on posting selfies to limit their digital footprint.

“Telegram is an improvement because its policies forbid information to be submitted to the police directly,” said Josh.

The app is also popular in both Hong Kong AND in Russia, where similar protects are occurring, because it offers a ‘Secret Chat’ function, allowing messages to be encrypted, deleted at any time, and set to “self-destruct” after a set period.

The measure comes into its own against a backdrop of police intrusiveness. Group members described armed officers grabbing protestors phones, and forcing them to unlock the devices using their faces and fingers.

Reports also claim that police are unmasking protestors to photograph them for China’s much publicized facial recognition programme.

Telegram was developed by Russian entrepreneur Pavel Durov, and his brother Nikolai. The company is now registered in both the US and the UK, after Durov fled from Russia when authorities demanded he hand over information about dissident group using the app.

The startup plans to release its GRAM cryptocurrency in the Fall, and to launch the Telegram Open Network (TON), a blockchain platform for the development and deployment of  dapps, to rival Ethereum and EOS.

Telegram’s messaging app has been banned in China since 2015, and in Russia and Iran since last year. But protestors have managed to find ways around the ban, and Durov's team has proved adept at moving its servers to stay one step ahead of the authorities.

But “the Great Firewall of China” wasn’t named in jest. Chinese authorities have perfected the art of Internet surveillance. They’ve been accused of launching a massive cyberattack against Telegram’s servers just hours prior to a demonstration last month, putting the network temporarily out of action.

Hong Kong authorities have also attempted to clamp down on Telegram group members, which protestors say is taking cues from the ways China polices the Internet.

Earlier this month, police swooped in and arrested Telegram coordinator Ivan Ip at his home, several miles from the protests in Hong Kong, accusing him of conspiracy to commit a public nuisance. He faces up to 10 years in jail.

The police officers implied that they had traced him from his phone number, which was linked to his identification.

Following his arrest, groups redoubled their security measures, warning their members that, while Telegram conversations can be encrypted, the service does not have end-to-end encryption for its group chats. They also advised the use of pay-as-you-go SIM cards and using a foreign number to register online and join groups.

Hand signals used by protestors to communicate in a crowd. IMAGE SOURCE: Medium

In fact, the measures being adopted by the Hong Kong authorities have become more extreme.

“The government is stopping people by all means—like police brutality, violence to everyone on the street and white terror on social media,” said Ruth.

People, she added, are afraid. They know what’s at risk but see no future in a Hong Kong that is coming increasingly under China’s influence.

Meanwhile China has condemned the protests as "horrendous incidents" that have caused "serious damage to the rule of law.” And, according to reports, Chinese forces are now gathering at the border.