The creator of the world wide web called an auction of an NFT representing its source code "totally aligned with the values of the web." 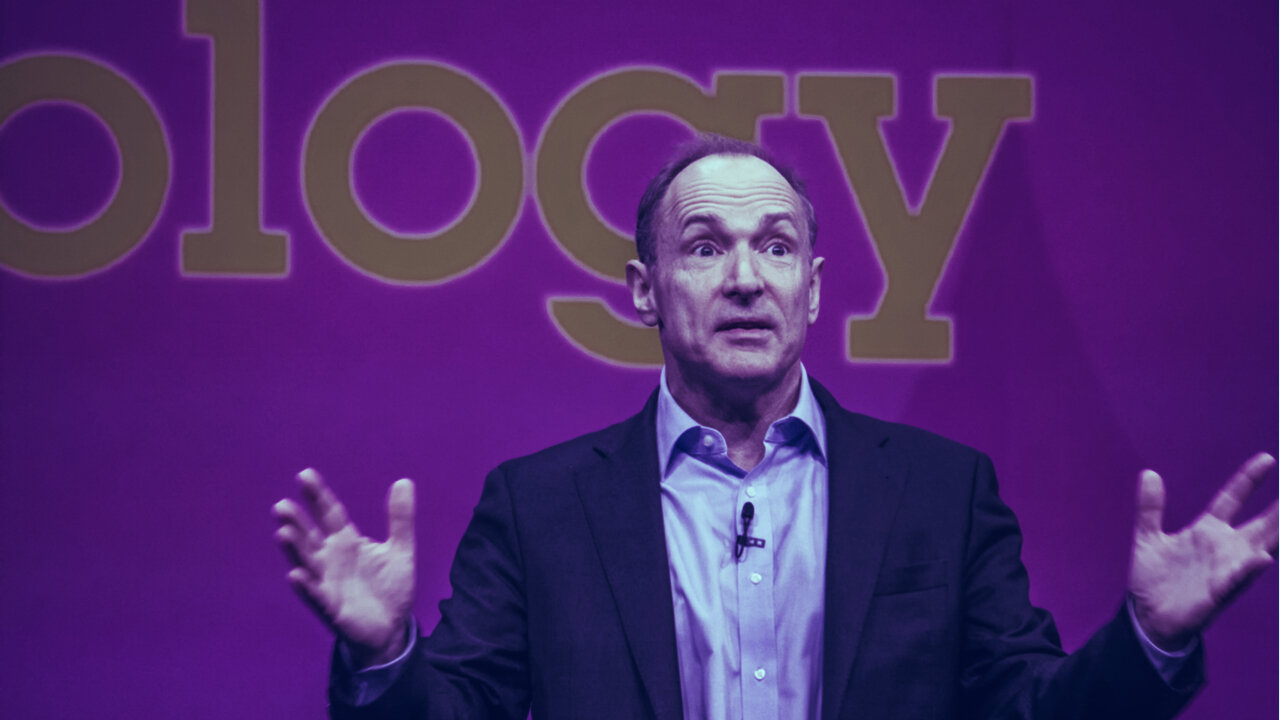 Tim Berners-Lee, the creator of the world wide web, has responded to criticism of his decision to sell a non-fungible token (NFT) representing the web's source code.

Speaking to the Guardian, Berners-Lee called the NFT, the auction for which starts today at Sotheby's, as "totally aligned with the values of the web." Critics have argued that the sale of the web's source code to a single individual goes against the open, decentralized nature of the web.

“The questions I’ve got, they said: ‘Oh, that doesn’t sound like the free and open web,'" Berners-Lee told the Guardian, arguing that the web is "just as free and just as open as it always was. The core codes and protocols on the web are royalty free, just as they always have been. I’m not selling the web – you won’t have to start paying money to follow links."

The NFT that Berners-Lee is auctioning at Sotheby's, titled "This Changes Everything," consists of time-stamped files containing the source code for HTML (Hypertext Markup Language), HTTP (Hypertext Transfer Protocol), and URIs (Uniform Resource Identifiers)––the three fundamental languages and protocols written by Berners-Lee in the early 1990s. The work also includes an animated video depicting the code being entered, and a digital poster representing the code.

In 1989, British computer scientist @timberners_lee invented the World Wide Web in a moment that changed the world forever. Now, Sir Tim will offer the source code for the Web as an NFT in a historic one-off sale. Thread below (1/4)#ThisChangedEverything pic.twitter.com/nYvBFrz0Zr

Berners-Lee said that “I’m not even selling the source code. I’m selling a picture that I made, with a Python program that I wrote myself, of what the source code would look like if it was stuck on the wall and signed by me." As the actual source code to the web is open source and in the public domain, the auction has highlighted questions over what, exactly, the buyer of an NFT actually owns.

Sotheby's has hosted a number of NFT auctions in recent months, including artwork by digital artist Pak and the "world's first intelligent NFT".

One criticism that Berners-Lee hasn't addressed is the energy consumption of NFTs. A number of artists and platforms have pushed back against NFTs over their impact on the environment, particularly those built (as Berners-Lee's is) on the Ethereum blockchain, which uses the energy-hungry proof of work consensus mechanism. A number of attempts to mitigate NFTs' environmental impact have sprung up, including more energy-efficient proof-of-stake blockchains such as Flow, the proof of authority sidechain Palm, and carbon offset schemes.

While Berners-Lee's world wide web NFT might be his first brush with blockchain, he's been working on Web 3 projects for some time now. His company Inrupt has created Solid, an open-source privacy platform that aims to hand control of user data back to the users, by employing a system of data "pods."