Exclusive: Solana Is Raising Up to $450 Million to Challenge Ethereum (Updated)

Solana's blockchain ambitions are growing as the scope of its projects expand. 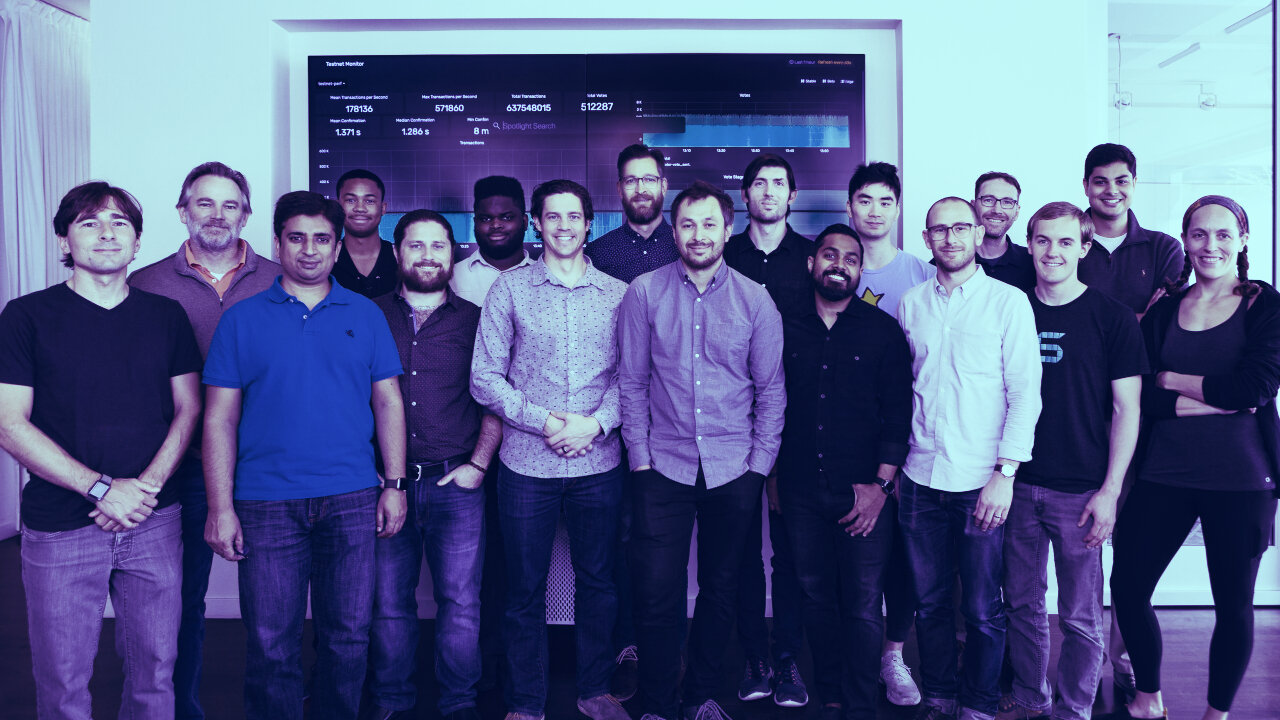 The team behind Solana is working to build "the fastest blockchain in the world." Image: Solana

The upstart blockchain Solana, which some have dubbed a potential "Ethereum killer," has raised a large amount of money to scale up its ambitions, which include becoming a go-to home for decentralized applications, or dapps.

According to multiple sources, some of whom spoke on the condition of anonymity, Solana is raising between $300 million and $450 million. Decrypt was unable to obtain a precise figure, but learned that the company had intended to close a smaller round in March, but then expanded the scope of fundraising in response to high demand. Update: On June 9, Solana confirmed the news, saying it had raised $311 million by selling tokens in a funding round led by Andreessen Horowitz.

"I'm excited and impressed to see the recent growth of Solana's business. They've had industry leading tech for a while, and it's gratifying to see reality catching up," said Sam Bankman-Fried, a prominent crypto entrepreneur, whose firm FTX launch a decentralized version of its exchange on Solana last year.

Solana declined to comment on the fund-raising news but, in a recent interview, its executives did not deny the information Decrypt obtained.

As for the idea of an "Ethereum killer," that label has also been applied to other blockchains, and is almost certainly overblown. Ethereum remains by far the most popular blockchain for third-party projects—and Solana itself has played it down.

Nonetheless, Solana appears positioned to be a leading challenger to Ethereum in the fast evolving world of decentralized apps, which primarily revolve around finance, but are also coming to encompass gaming and media.

Founded in 2017, Solana has also been active in building tools and networks for others to build on the platform. This includes backing a new protocol called Metaplex, which launched this week, and is being pitched as a "Shopify for NFTs"—allowing creators like Grammy winning musician RAC to create their own stores to sell the unique digital items.

Solana has also seen its native token, SOL, take off this year, jumping from around $2 in early January to a high of $54 in May. It is currently trading around $37.

Prior to the current fundraising round, Solana had raised $21.8 million, according to Crunchbase. That included a $20 million Series A led by Multicoin Capital in 2019, which was also backed by BlockTower Capital and others. Multicoin's CEO declined to comment on the current round, while BlockTower did not immediately reply to a request for comment.