A controversial new plan cooked up by Ethereum developers would shore up funding and shift the ProgPoW stalemate by bundling two contentious proposals in one update. Will it wash? 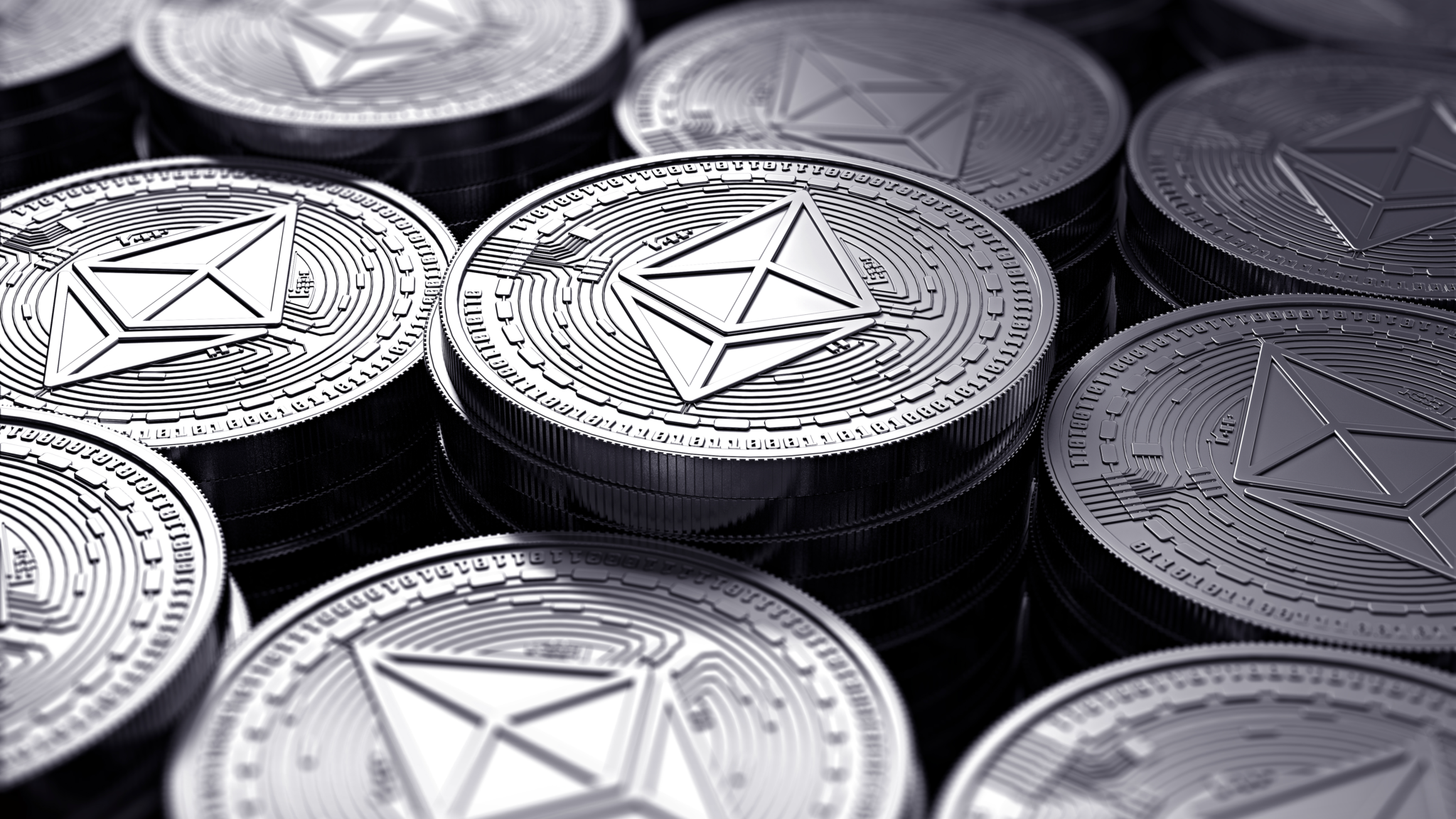 For the past few weeks, developers and Ethereum activists have been intensely debating a block rewards “tax” to pay for ongoing platform development.The proposal is controversial since it turns on who’s responsible for funding in addition to the Ethereum Foundation, the non-profit organization that has, thus far, provided some measure of oversight to the decentralized network

At the same time, another proposal, known as ProgPow, has also been hotly debated. ProgPow, as anyone who’s been following along at home knows, would penalize miners who use specialized ASIC chips to mine more efficiently and faster, in favor of so-called GPU miners.

The deadline for proposals to be submitted is mid May, and to meet that deadline,  a novel idea has been proposed: Bundle the two contentious proposals together and try to reach consensus.

It’s not as crazy as it sounds.

Both proposals deal with mining and the fundamental economics of the Ethereum network.

The new funding proposal, which is referred to as “Block Rewards,” is an attempt to shore up the development of the world’s largest blockchain. In essence, it's a 'tax” to fund Ethereum projects, and shift the onus for funding away from the Ethereum Foundation and onto the miners that maintain, and profit from the network.  ProgPoW, meanwhile, would minimize the advantage enjoyed by so-called ASICs—chips optimized for faster mining and employed by large mining farms—and tilt the balance in favor of GPU miners.

The discussion about whether to adopt ProgPow has been ongoing since it was proposed, in August 2018, and has exposed deep divisions within the community. ProgPoW is currently subject to an audit and its status remains uncertain.

The idea behind bundling the two proposals together into the same update is to allay objections from Ethereum’s GPU miners about what amounts to a “tax’ on mining, by promising them ProgPoW, which improves GPU mining prospects.

But, as things stand, both proposals are so controversial that achieving consensus (the method by which proposals are approved) could be an uphill task. And even the consensus process is itself the subject of some debate.

Welcome to the wonderful world of Ethereum, where even the debates themselves are debated.

Let’s see if we can unwind both issues, starting with Block Rewards.

The Ethereum platform is primarily funded from two sources: ConsenSys, the Brooklyn-based Ethereum incubator (which, by the way, funds Decrypt) and the not-for-profit Ethereum Foundation, in Zug, Switzerland.

The Foundation has, of late, attempted to distance itself from funding decisions, after it came under scrutiny after making a grant to Parity, a blockchain software provider that powers parts of Ethereum. Parity has aroused suspicion  because it’s also building an interoperable blockchain, Polkadot, which some observers believe is a competitive threat to Ethereum.

The Foundation has also come under fire to disclose its accounting and funding procedures.

The name "Ethereum" is a reference to the hypothetical invisible medium that permeates the universe and allows light to travel.

Ethereum’s and ConsenSys’s coffers have suffered from the fall in the price of ETH, and many feel that the platform should be casting its net wider and should look to its community to make up perceived deficits in funding for improvements.

So the idea to fund development from miners’ block rewards landed on fertile ground. “If we can build a sustainable long term way to fund public goods and the Ethereum ecosystem then we could in theory make it sustainable for decades as opposed to years,” said Kevin Owocki, who came up with the proposal. Owocki is the founder of Gitcoin, a project funded by the Brooklyn-based incubator, ConsenSys, to grow open source software.

Owocki said that 125 community members and developers are ironing out the details of the proposal.

Funding for a sustainable future

Owocki explained that the proposal is designed in two parts: the first part would add a block rewards address for a DAO, a Decentralized Autonomous Organization, bounded by smart contracts and managed by Ethereum community members to distribute funds among developers. “So instead of the funds just going to miners they'll they'll be going to developers,” he said.

Part two would implement code with specific economic considerations, for instance, determine what percentage of the block award would be allocated to the DAO for distribution to developers.

“We’re going to decouple the discussion in the debates about the EIPs [Ethereum Funding Proposals,] “ said Owocki “The first one will be: Does the community want to do this? Do they want to do block reward funding? And then the second one.will be about a specific economic proposal to a specific DAO.” The ball park figure thrown out is for 20 percent of each block reward, which is currently 2 ETH (around $350.)

Owocki acknowledged that the proposal “was designed to create some controversy and stimulate some discussion.”

The most controversial part, he said, is that, unless it’s correctly managed, a plutocracy could emerge, which decides funding priorities. To mitigate that risk, the proposal is designed to incorporate a funding  “decay.” Whatever DAO is responsible for distributing the funds to the community would be held accountable, and their funding would decrease unless the community agreed otherwise and implemented this into the next update.

Since the Block Reward proposal is, as yet, incomplete, the views of the wider community are still emerging. Ameen Soleimani, CEO of SpankChain, and one of Ethereum’s most lauded figures, was initially in favor of the proposal, but has since spoken out against it.

“In the long-term, DAO-managed block rewards is a non-starter unless 1) the mechanics have already been battle tested with donations 2) the initial members are experienced with decentralized fund allocation. Even then it creates the opportunity for capture,” he tweeted Wednesday.

“It would inevitably end in a political power struggle, and I don't think it's worth it,” he added.

Soleimani is behind Moloch, a DAO launched in February and aimed at speeding up Ethereum dapp development. There, each DAO member must contribute 100 ETH, which entitles them to vote on matters related to development.

On Twitter, Soleimani proposed that voluntary donation systems like Moloch were a good way to experiment with DAO-based funding, before the time is ripe to implement something like the Block Rewards funding idea. “Maybe with enough proof that DAOs work, allocating block rewards to a DAO would be less contentious and I'll change my mind, but it'll take a few years at least,” he said.

Around 80 percent of Ethereum developers do not have adequate funding, and 50 percent are working with no formal funding at all. Some are working on “mission-critical infrastructure.”

However, funding is emerging as an issue that requires more immediate attention. Developer Joseph Delong, who works with the  protocol-engineering group, PegaSys, (also ConsenSys-funded) told Decrypt that, by some estimates, around 80 percent of Ethereum developers do not have adequate funding, and 50 percent are working with no formal funding at all. Some, he said, are working on “mission-critical infrastructure.”

They include developers working on the Ethereum Name Service, and the Ethereal Virtual Machine, which underpins the network, as well as developers on “Ewasm,” a newer, more powerful standard for web development.

Delong said that he was in favour of the Block Reward funding proposal, but cautioned that it also introduces a new set of problems, particularly in deciding who would oversee the distribution of funds. “A lot of power will be derived from whoever is able to manage those funds, so how do you do that in a decentralised ecosystem?”

But he is skeptical about twinning the Block Reward proposal with ProgPow.

Dovey Wan, cofounder at VC studio, Primitive and an investor in Ethereum-based projects Celer and KyberNetwork,fired off a tweet at  Ethereum Foundation Chair, Aya Miyaguchi, demanding that the organization disclose its accounts and funding procedures.

Wan said that “trusted sources” had revealed to her that the Foundation employed 1,000 people—had far in excess of the number of employees believed to be on payroll.

Miyaguchi didn’t respond, though other Ethereum community members were skeptical of Wan’s estimate, saying it was off by orders of magnitude.

In an interview, Wan told Decrypt that, to many community members, the Ethereum Foundation’s finances, and its process of allocating resources “is a black box which creates unnecessary drama and speculation.”

“Ethereum aims to disrupt the existing human coordination model with information symmetry and operation certainty,” she said. “It should implement the new paradigm for itself to start.”