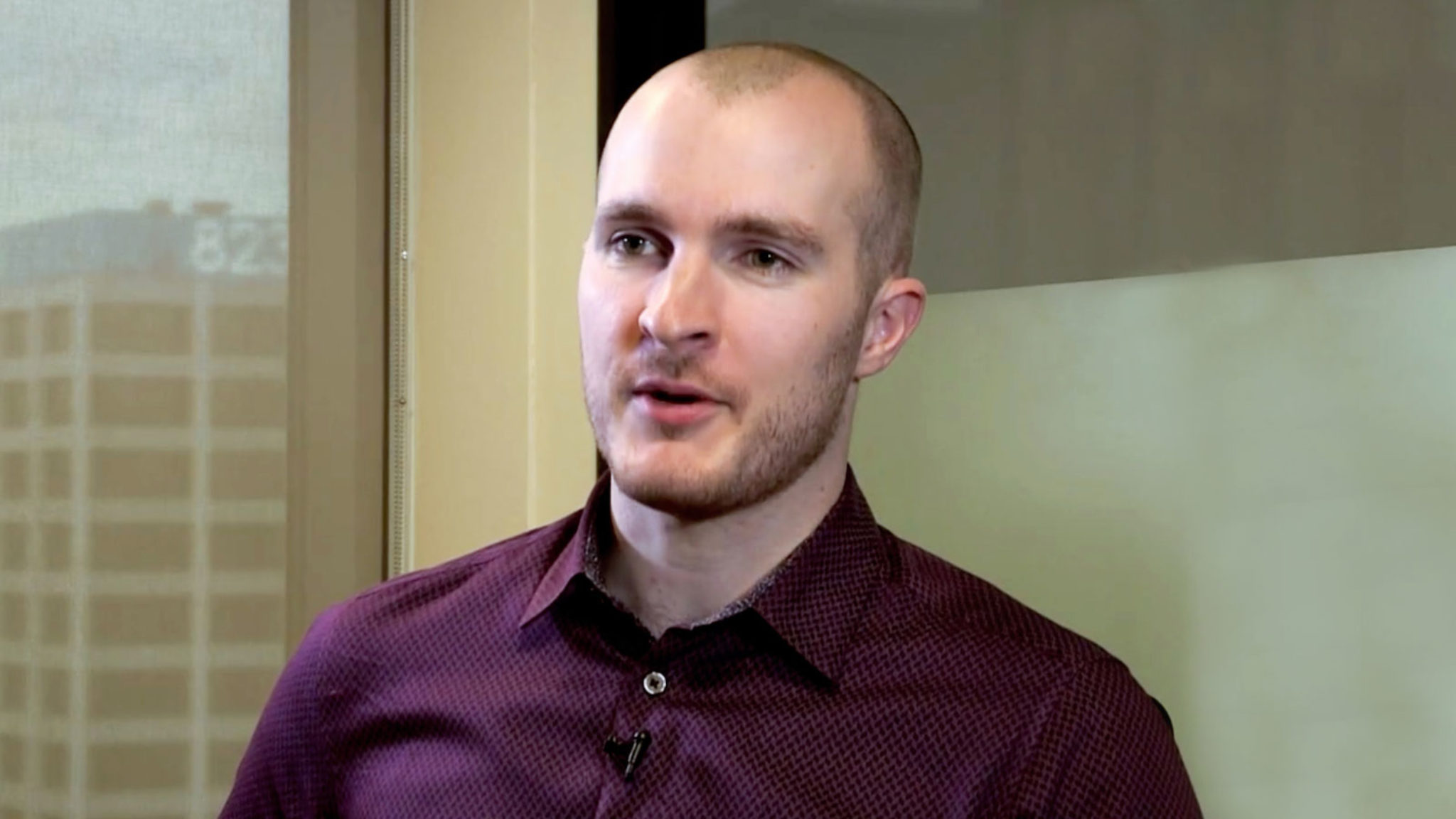 The political activist and self-taught coder reveals how his startup was nearly derailed by Ethereum's reluctance to increase transaction times, and why decentralization isn't always the best solution to a centralized problem.

Self-taught coder Christopher David discovered bitcoin after one of the early price booms in 2011, but soon realized that cryptocurrencies were so much more than just a digital store of value. After years working as a political activist, and trying to build a startup that helped candidates raise money via crypto, he discovered the ride-sharing industry was ripe for decentralized disruption. His startup, Arcade City is taking on Uber and Lyft's dominance of the taxi industry by offering drivers more control and a fairer deal. Below he explores his motivation for taking on such a mammoth task, as well as his frustrations with blockchain's snail like pace.

I bought 30 bitcoin in 2011 when the price shot above $20 for the first time. I held through the crash to $2 and thought I was cool for selling at $200 two years later. I attended my first bitcoin conference in 2014 and heard Marc Andreessen talk about currency as just the first application of blockchain, which would come to revolutionize industry after industry. I kept thinking about that through 2015 while Uber was banned in my city, and the potential for decentralized technology to allow peer-to-peer connectivity that no one can stop.

In mid-2015 I started an activism campaign in Portsmouth, New Hampshire, to push back against a local ordinance that made Uber illegal. At first, our ire focused on government regulation. I realized after talking with drivers, then through personal experience after myself signing up to drive for Uber, that the large corporate rideshares like Uber have borderline exploitative relationships with their drivers. And that a more decentralized model could solve that. Arcade City grew directly out of that campaign, then moved to Austin after Uber and Lyft shut down services there in May 2016.

Our priority is not to decentralize everything because we can; it's to do right by our users, and our next million users, until decentralized technology is truly ready to handle our critical mass of users.

Arcade City facilitates decentralized marketplaces owned and operated by its participants. For our initial focus of ridesharing, this allows riders the freedom to choose their driver and negotiate special terms for payment or service. Most crucially, it allows drivers the ability to charge what they want, work when they want, and build their own recurring customer base of repeat business that no one can take away from them. This model offers a level of job security and stability that no centralized corporation can offer. More broadly, we've recognized that once you solve the problem of trust in peer-to-peer transactions in as difficult a problem set as ridesharing, that same approach can be used in other verticals like peer-to-peer deliveries and home sharing.

In 2014 I tried to launch a platform called CoinVox for political candidates and organizations to accept bitcoin donations and use micropayments to facilitate activism. I grew tired of working within the political system, deciding I'd rather help build alternative systems from scratch. We kept pivoting away from the original idea until the name CoinVox no longer made sense, so we shut that down although some of the ideas live on in Arcade City.

Can you give us a summary of your career thus far; how did you get here?

I'm a self-taught programmer since age 10 starting with QBASIC, then PHP and C++, then modern web and mobile development and a bit of blockchain development. I preferred video games over academics growing up if you couldn't tell by the name Arcade City. In fact, I learned more practical life skills leading a raiding guild through three MMORPGs over seven years than I ever learned in college.

I eventually got a bachelors degree in international relations, which I've used mainly to argue about foreign policy on the internet. I went from antiwar activist in college to libertarian political organizer, eventually trying my hand at political consulting and candidacy before happily renouncing the political system as a poisonous den of thieves and liars. I've been fascinated for years by the intersection of old bureaucracies with new technology, and finally found in the rideshare situation a way to make an impact and a successful business at the same time.

I've got a black belt in tang soo do, the Korean martial art from which the more popular tae kwon do was derived from. At age 20 I was curious to see if my skills would translate into MMA, so I signed up for an amateur tournament in Iowa. I was submitted after just 19 seconds, maybe the fastest submission defeat ever.

Knowing what and when to decentralize. We've always been in a unique position thanks to having a relatively large number of non-technical users from day one. Decentralization has been meaningful to our drivers in the context of decentralizing decisions relating to providing service--like what and how to charge riders, how to set up and resolve rides, how to organize self-governing teams of service providers--to the level of the rider and driver themselves. Those drivers do not care if the service is running on a blockchain.

We've wasted time and energy trying to decentralize things too early. In 2016 we experimented with decentralizing governance decisions at the corporate level, ceding decision-making power to a "city council" governing a 5-of-7 multisigwallet. That ended in disaster when the majority of the council walked away with the proceeds from our first token sale. We won't make that mistake again. Our priority is not to decentralize everything because we can; it's to do right by our users, and our next million users, until decentralized technology is truly ready to handle our critical mass of users.

If I could go back in time three years to when we were starting out, getting press in CoinTelegraph and such about our grand plans to decentralize ridesharing with Ethereum, I'd tap myself on the shoulder and say hey: In three years, Ethereum's throughput will be essentially the same as it is today.

Attending a 2016 blockchain conference, I pitched a prominent investor about Arcade City including our successes thus far in Austin. He acknowledged our potential then asked what I was even doing at that blockchain conference. His advice, which I took only partially, was to essentially ignore blockchain for the next few years. The idea was that the blockchain space was still in its infrastructure-building phase, and Arcade City was firmly in the application layer. Like it was too early for us to build anything scalable on blockchain that could be usable by a critical mass of non-technical users.

If I could go back in time three years to when we were starting out, getting press in CoinTelegraph and such about our grand plans to decentralize ridesharing with Ethereum, I'd tap myself on the shoulder and say hey: In three years, Ethereum's throughput will be essentially the same as it is today. And the developers will say in 2019, as they say now in 2016, those scalability solutions are still "two years out." Our success in the market has come from being pragmatic about what is needed to solve problems for real users today, not theoretical users in the future.

What project or projects are you most excited about? (that aren’t the one you are working on!)

In the Ethereum space I'm excited about proof-of-location projects like the FOAM protocol, and also blockchain gaming like what AxiomZen is doing with CryptoKitties and Gods Unchained. At some point, those realms will intersect and we'll see decentralized, location-aware applications that are either games or otherwise gamified. I've previously described the future direction of Arcade City as "Uber meets Pokémon Go": just imagine the possibilities.

At the protocol layer, we are most excited about Holochain, a 'post-blockchain' architecture designed to mimic organisms and flows in nature. It's part of a decade-long project to rebuild the entire computing stack from scratch, optimizing for decentralized sense-making and collective intelligence. As a platform for scalable decentralized applications, Holochain may give Ethereum a run for its tokens.

I like the recent emphasis on killer ecosystem instead of killer apps. I definitely expect to see more dapps become cultural phenomena like CryptoKitties and make increasingly deep pushes into the mainstream. But I think interoperability between, and composability of, different projects will be increasingly important.

If there is a true killer app, I don't think it will be just one network; it will be a network of networks that attracts and absorbs streams of commerce from multiple industries and niches at an increasing pace. Decentralizing the hitherto corporatized sharing economy is I believe a perfect opportunity to get millions of non-technical users to experience the benefits of decentralized models for the first time, just like we're seeing now on a smaller scale in Austin. Now we just need the right technology to scale.