How to loan yourself money with MakerDAO

MakerDAO’s “Dai” token is backed by neither banks nor investors. It’s managed by smart contracts, opening up some new and fascinating possibilities. 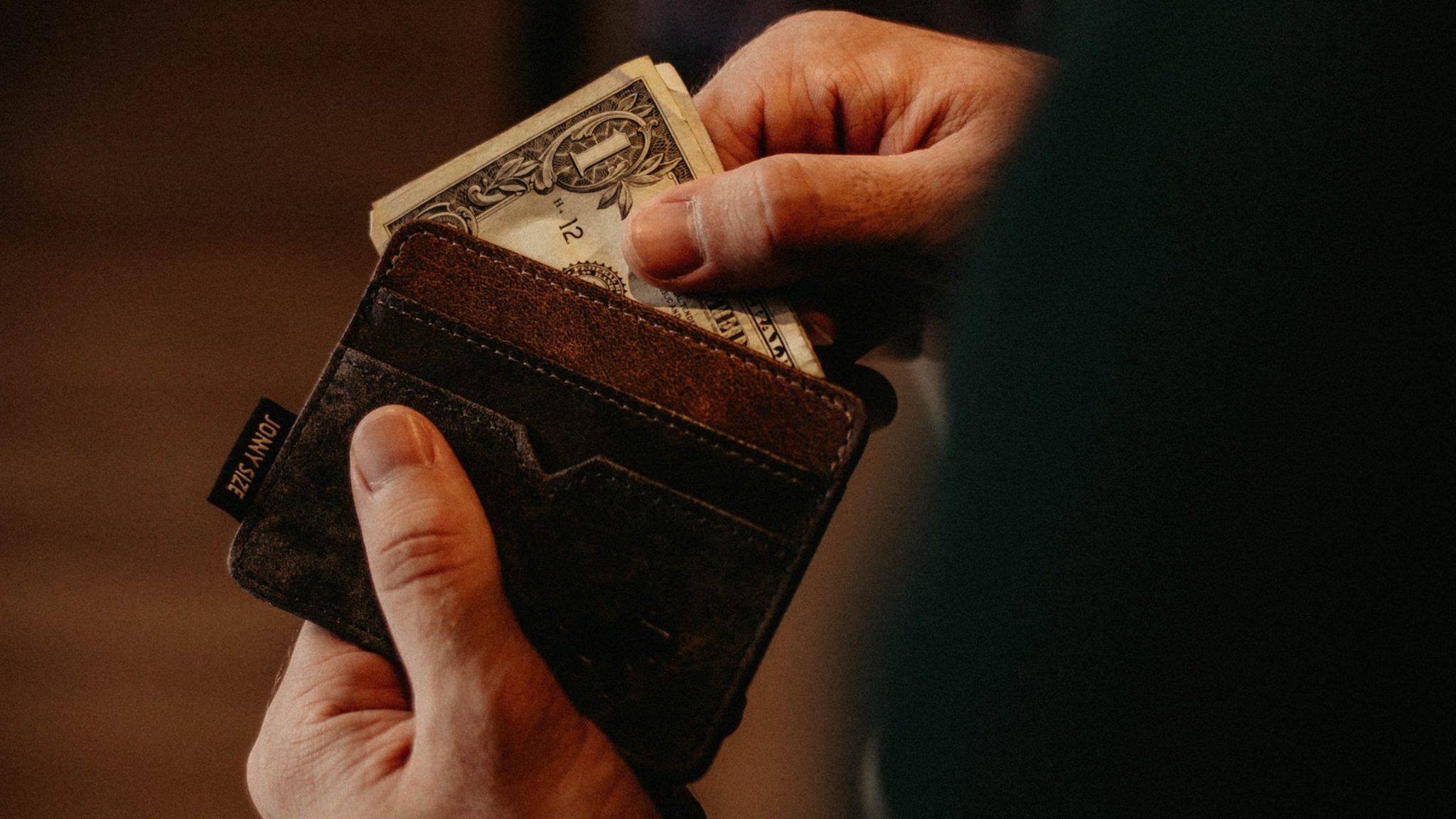 When Mariano Conti wanted a loan for a new Ford Focus, he didn’t go to a bank. Instead, he drew a loan from himself, leaving his assets with himself as collateral, before paying himself back out of his own salary.

He was the bank. A one-man bank.

Now he has a car.

Conti, a burly Argentinian with a bushy beard, is also the “Head of Oracles” at MakerDAO, a Santa Cruz-based crypto startup whose flagship product, the stablecoin “Dai,” possesses a host of remarkable qualities. Indeed, it is the magic of MakerDAO that let Conti raise and settle a debt with himself, forgoing the need to trust any middleman with his collateral. “He turned himself into a self-sufficient financial enterprise,” said MakerDAO COO Steven Becker.

Dai (which comes from the Chinese word DaiKuan, which means "to lend" in Chinese) is a stablecoin developed in 2017 by a team of coders, led by Rune Christensen, an entrepreneur-cum-developer. Stablecoins are digital assets with theoretically steady market prices, unlike highly volatile assets like Bitcoin and Ethereum, that make real-world trade more feasible.

Typically, stablecoins are “backed” by reserves of real-life assets, held in a bank. Tether, for instance, says (somewhat dubiously) that its US dollar-reserves are held in a Bahamian bank, Deltec Ltd. These reserves are debt; were Tether to collapse, the company would need to reimburse its investors with the dollars it claims to hold.

MakerDAO’s Becker, on the other hand, spurns this model. “I call this ‘legally-backed crypto,’ or an ‘IOU coin,’” he says. “Because if those bank accounts should ever be frozen, or if the accountants defrauded token holders, the stablecoin now becomes an ‘IOU’ on whatever’s left when [the investors] eventually get the bank accounts back; if they ever regain the bank accounts.”

“Relying on the legal system to maintain crypto-tokens inserts an unreliable middle-man into the blockchain,” he adds.

To this end, MakerDAO eschews the IOU model in favor of a Byzantine micro-economy, built on the Ethereum network, that runs as a sort of mini-Wall Street of digital creditors, human debtors and encrypted “oracles” that aggregate financial data.

Loan sharks on the blockchain

Imagine MakerDAO like an IOU where the debt is automatically—and transparently—transferred by smart contracts. Users deposit a certain amount of ether, as collateral, onto a smart contract (a “collateralized debt position” in Dai parlance). This generates a corresponding amount of Dai. Yet ether is a volatile asset: that’s why collateral typically takes the form of more stable assets, like property. An ether price drop may leave the user unable to back his Dai reserves, undermining the ether-Dai peg. (Which translates to a 1 Dai: 1 Dollar peg.)

MakerDAO has a solution. If the market price of the collateral sinks, the smart contract—fed market data from several trusted and cross-referenced aggregators—auctions it off to the highest bidder. The corresponding value of the Dai’s peg, then, is returned in the form of whichever currency the ether is sold off for; shekels, bitcoins, roubles, dollars.

But what if the market contracts so quickly that the smart contract hasn’t the time to sell it off? By default, the Dai must be “collateralized in excess” to account for this. Imagine you want 100 Dai ($100). Instead of depositing $100 worth of ether, you would put in $150 worth. This is collateralization at 150 percent, the minimum requirement (investors can choose to go higher). In the event of a price drop, that expendable 50 percent takes the hit; the peg holds.

This, in theory, ensures that the Dai tokens remain transparently, fully and automatically backed at all times.

The system has largely worked. Yet Preston Byrne, a lawyer with blockchain-focused firm Byrne & Storm, P.C, and a frequent critic of stablecoins, pointed out to Decrypt that Dai—within days of launch—briefly lost its peg to the dollar. “One year ago,” he said, “a trading bot on the obscure overseas crypto exchange Bibox failed. When this occurred, volume of the Dai stablecoin dropped to near-zero, and the price of the coin plummeted as well.” (It quickly recovered, though—the drama barely registers on CoinMarketCap. And MakerDAO’s Becker attributes the drop to teething problems.)

In a 2017 blog post, Byrne also questioned the need for Dai holders’ ether to be collateralized in excess. “This, of course, is insane because it would be easier for the user to simply go to Coinbase and sell his Ether for actual dollars, and he’d have $50 worth of Eth [sic] leftover to go spend on other things,” he wrote. Yet Becker described this as a misinterpretation—the whole point of holding the ether in collateral is to preserve it, not to cash it out, he said.

Still, Dai has been more effective than most other attempted stablecoins. The Ethereum ledger makes transparent the process by which Dais are collateralized, which enables investors to see that the currency is supported by the requisite funds. Unlike stablecoins like Tether and Gemini, which have seen sharp deviations from their dollar pegs, Dai has suffered few jolts—beyond that noted by Byrne—since it launched.

So, there it is: A stablecoin that can be used to safely and stably transact crypto value. Already, we’ve seen real use cases with Dai: at ETHDenver, for instance, participants used a variation of the currency to buy food from local vendors. Decentralized prediction market Augur, meanwhile, is looking to integrate Dai as a more stable currency for gamblers.

And then there’s Mariano’s loan.

Conti wanted a loan for a car but didn't want to cash out his non-insubstantial sum of ether. He found a way to "leverage" this ether stash—extract its value without blowing it on the market—using Dai.

To deliver himself the loan, Conti first put $30,000 worth of ether into the smart contract, generating $10,000 worth of Dai. (300 percent collateralized, just to be safe.) The contracts, poised to sell off the ether in the event of even the slightest market downturn, protected the collateral against sudden price movements. This ensured the dollar value of the ether—as it was when it was deposited—was preserved. Conti could not be robbed of his deposit.

The Dai generated, meanwhile, carried the equivalent market price of the ether locked away; yet none of the tantalising volatility. He was able to cash this out for Argentinian pesos and buy a car.

The ether, meanwhile, remained secured in the smart contract. To release it, Conti raised another $10,000 worth of Dai and paid it back to the smart contract. This took three months. “I worried, if I didn’t pay myself back, that I would have to break my own fingers,” Conti said, after explaining the period during which he, briefly, was indebted to himself.

To summarize—Conti locked $30,000 in Ethereum away, used it to mint $10,000 Dai, cashed out the Dai, bought a car, and then paid himself back out of his own pocket.

So...what was the point?

One positive, Conti explains, was that he never once in this process had to entrust his ether holdings to a third-party, and could settle his self-owed debts at his own pace.

It was also a way to benefit from ether's then-value without dumping it. Had Conti bought the car by cashing out his ether holdings directly through an exchange, he would have risked missing out on any possible Ethereum up-turn. (Though he categorically didn’t, as it turned out.) Instead, he was able to leave the ether in a smart contract and earn it back for the price at which he originally purchased it. “A lot of people are doing that,” he said, “because they don't want to spend their ether.”

Since the market collapse in November, he added, “most of the people here have the feeling or the hope that it's going to go back up. So why spend it now?”

But beyond these rather niche scenarios—and the application it has for those with sub-Grecian credit ratings—why bother meddling with two loads of confusing crypto-assets to secure a loan? Conti regards the comparatively low fees of purchasing Dai as one benefit. Holders of a separate “Maker” token, who are required to buy off collateralized ether in the event of a market collapse too sudden for the smart contracts to respond to, extract 0.5 percent fees from Dai holders’ ether reserves. Citibank, by contrast, may take interest of up to 19 percent.

(MakerDAO’s employees are invested in Maker tokens; the fees make up part of their salary, says Becker. The rest of the revenue is from partnerships with companies looking to take advantage of MakerDAO’s technology.)

More simply, Conti distrusts banks. “I come from Argentina,” he said. “We do not like banks. We've been burned before. And just the idea of decentralization and transparency—that really goes a long way.”