Some DeFi Forks Are Evolving From Copies to Unique Projects

While they originally started off as pure copy-and-paste clones, some DeFi forks are growing ever more sophisticated.

Some DeFi forks are evolving into unique projects.

In the last month, almost every major DeFi project has been forked. Some of the forks have even been forked themselves. But do these near-copies of projects actually add any value? Or are they simply opportunistic money-grabs?

Like many things in life, the truth isn’t always clear-cut. Each fork, from SushiSwap to Swerve, to Cream, has its own unique value proposition—or lack thereof. While they originally started off as pure copy-and-paste clones, forks are growing ever more sophisticated. Along with incentivized community participation, these early experiments show forks are moving on from their shallow roots, into something more. 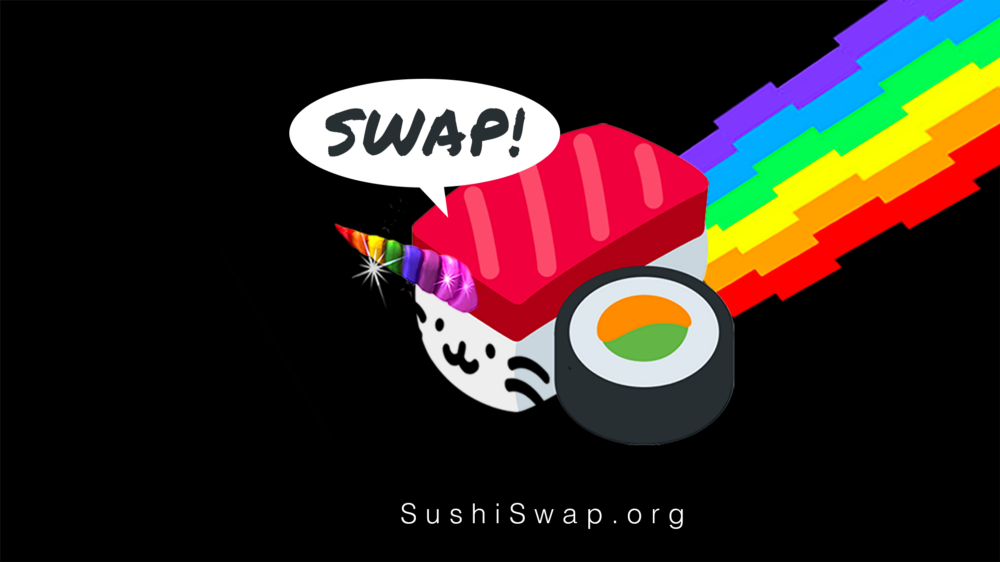 SushiSwap was the first major fork of a DeFi project. Announced on August 27th, Sushiswap was based on Uniswap but added a token and governance system. By supplying liquidity to one of several incentivized liquidity pools, users were able to earn $SUSHI governance tokens. The goal was to execute a vampire mining attack—using a token incentive to drain liquidity from Uniswap to its own protocol.

This simple incentive scheme was extremely effective. In the first week of launching its website, SushiSwap achieved over $800M of liquidity—even more than Uniswap itself. It was able to migrate this over to its own platform, and since more liquidity equals lower slippage, equivalent trades on SushiSwap were even better than its parent. 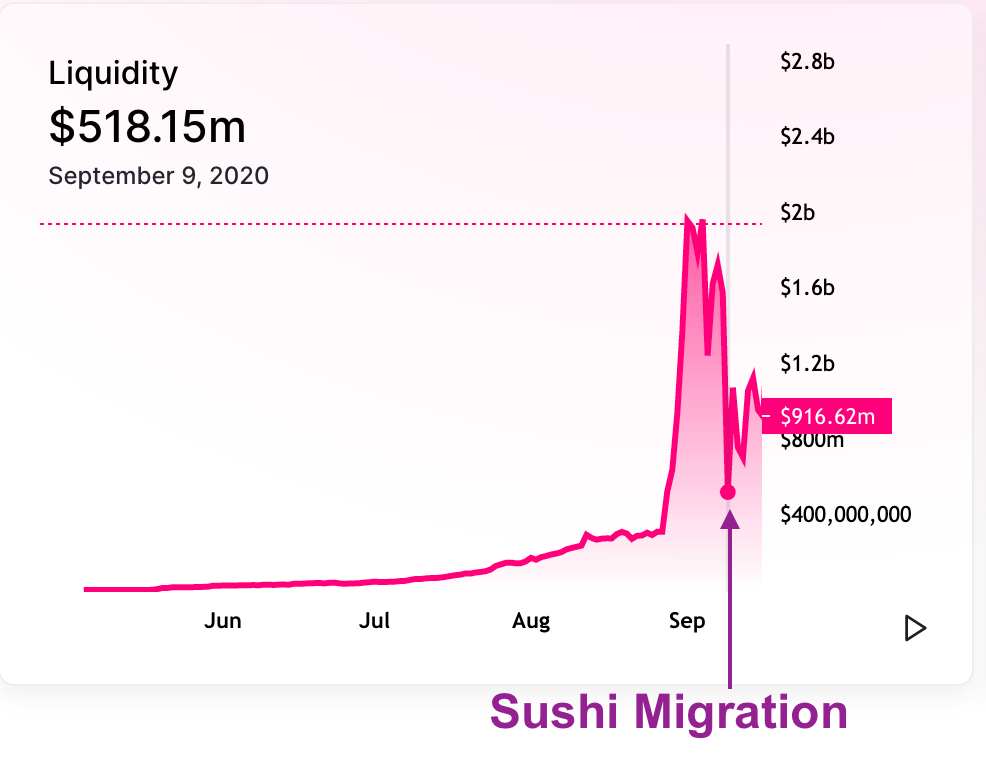 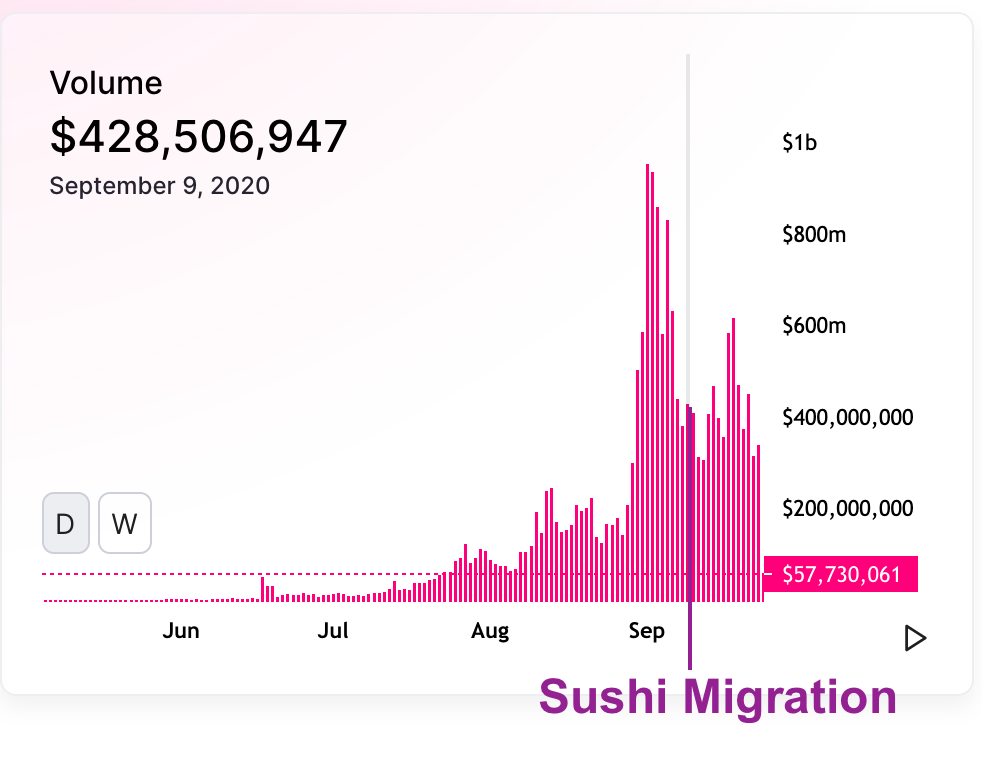 Did SushiSwap’s “vampire mining” hurt its parent? Surprisingly, no. Based on uniswap.info, we can see that both liquidity and volume on Uniswap were significantly higher after the SushiSwap migration than before it. It seems that the attention and new users Sushiswap brought may, in fact, have benefited Uniswap as well.

Ironically, SushiSwap itself experienced a series of forks. From Kimchi, to Sashimi, a cornucopia of food farms arose soon after Sushiswap’s launch. As Sushi rewards dropped off, liquidity was incentivized to move away to these forks. But most of these forks didn’t add much, if any, innovation, and quickly died off.

SushiSwap, on the other hand, has held up fairly well, despite some drama along the way. Even after Uniswap launched its own token and mining rewards, SushiSwap still has over $400M of liquidity at the time of writing. Since Sushiswap incentivizes different pairs than Uniswap, it also provides better rates than Uniswap for several pairs, such as YFI-ETH or LEND-ETH. Still, after the boom of the initial migration, both liquidity and volume are sliding.

Can SushiSwap recover? SushiSwap’s Snapshot governance page is quite active, with a new lending platform proposed to be included under the Sushi umbrella. Recently, Sushiswap also added a new UI and a rotating set of yield farms. If innovations like these, as well as improvements to the protocol, continue, along with good governance decisions, the SushiSwap story may be far from over.

Curve Finance is perhaps one of the Defi projects with the best product-market fit in the industry. Through a custom bonding curve, it achieves extremely good slippage for stable-asset trading.

But while the project itself is highly valuable to traders, its token launch was controversial. Curve’s governance token CRV was launched by an anonymous person, 0xc4ad. Instead of being rejected, the Curve Finance team accepted this accidental deployment as legitimate and ran with it. This odd acceptance of a third party launch, as well as a very large team allocation, raised many eyebrows in the DeFi community.

Swerve Finance launched on September 5 in response. It focused on a “fair launch” where all tokens were distributed by liquidity mining. It also used its own asset pool which stripped away some of Curve’s yield-hunting functionality, reducing fees for deposit and withdrawing from the pool. 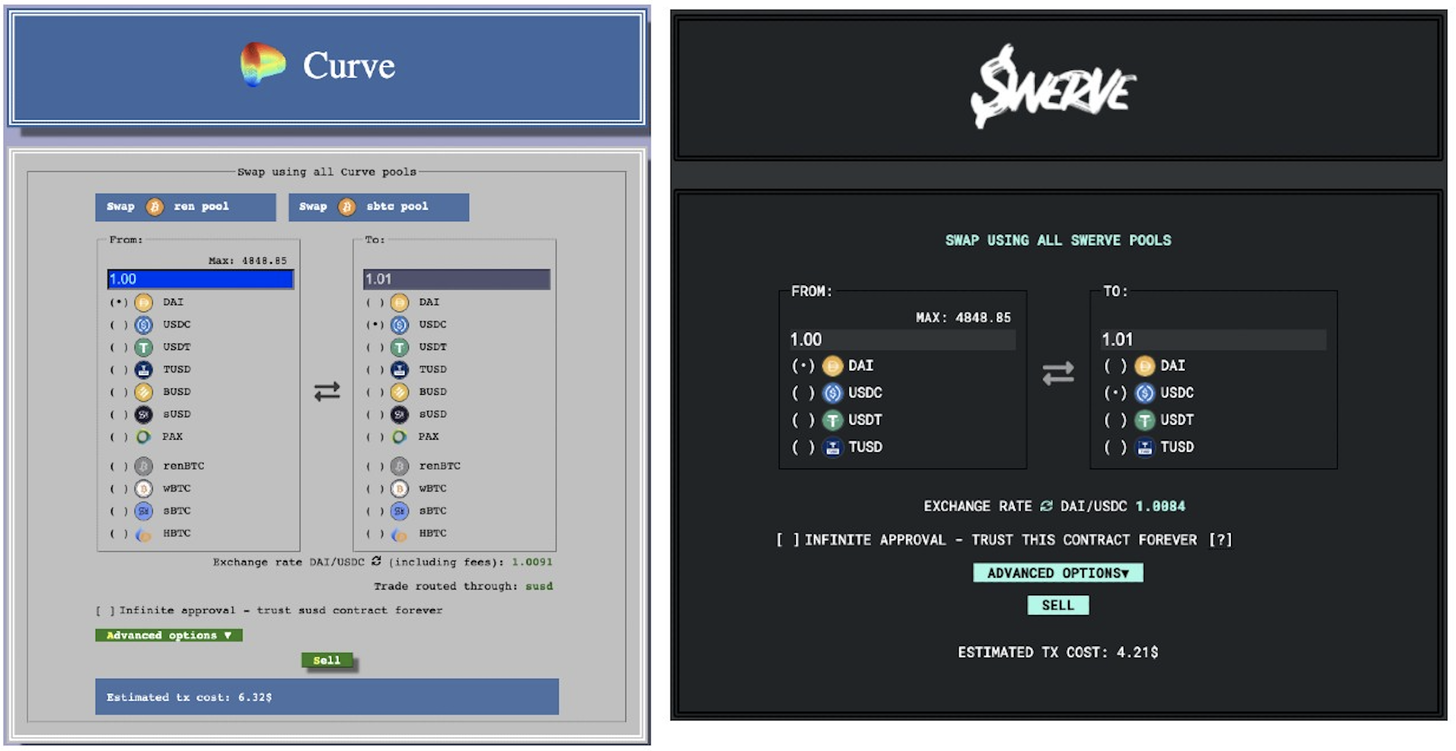 With liquidity mining rewards as high as 250%, Swerve quickly grew and sucked in hundreds of millions of dollars with TVL over $800M at one point. However, when the rewards were massively decreased on September 19th, Swerve’s TVL dropped massively as well and sits around $44M at the time of writing. Without strong differentiation from its parent, it seems Swerve’s LPs weren’t as interested in sticking around as Sushi’s.

Nevertheless, like SushiSwap, Swerve also has community-driven governance. Recently there have been proposals to add a new pool, as well as to direct admin fees to the treasure. If governance is able to adapt to a low-reward environment with sustainable improvements, this may not be the last we see of Swerve.

Beyond Copy and Paste

Not all forks are Ctrl+C, Ctrl+V copy and paste affairs. CREAM Finance and Snowswap are forks of existing DeFi projects which add their own unique value to the ecosystem. 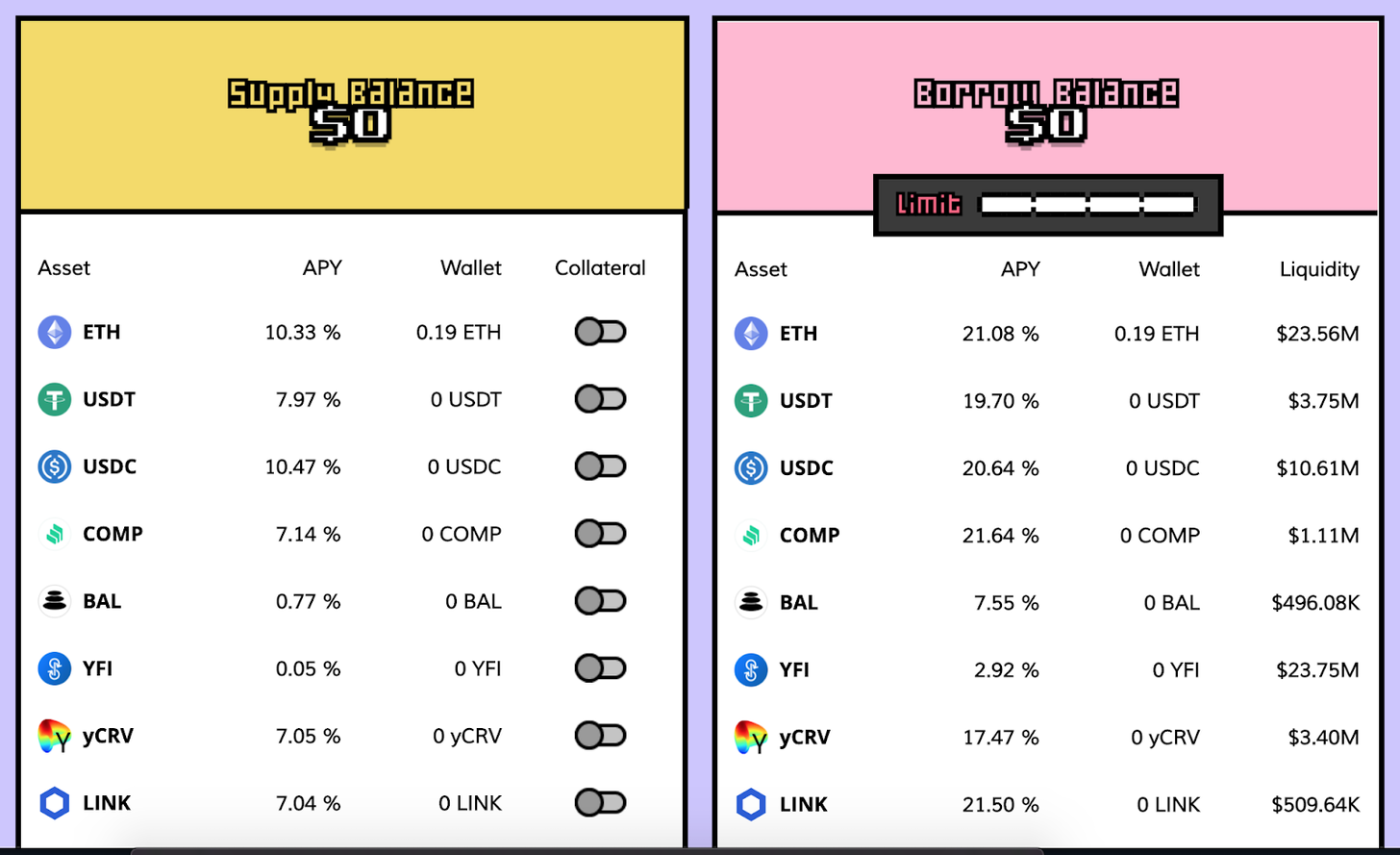 CREAM Finance is a fork of Compound which supports many more coins. Many of these coins, such as COMP, LINK, or YFI, do not have native staking mechanisms, and some may not be supported by other lending platforms.

On CREAM, users can turn these otherwise unproductive assets into yield producing assets or collateral for leveraged trading. While technically simple, this simple change to Compound added genuine value to many users. In recent weeks, CREAM has also added Cream Swap, a fork of Balancer, and has announced plans to launch a new AMM called Creamy. 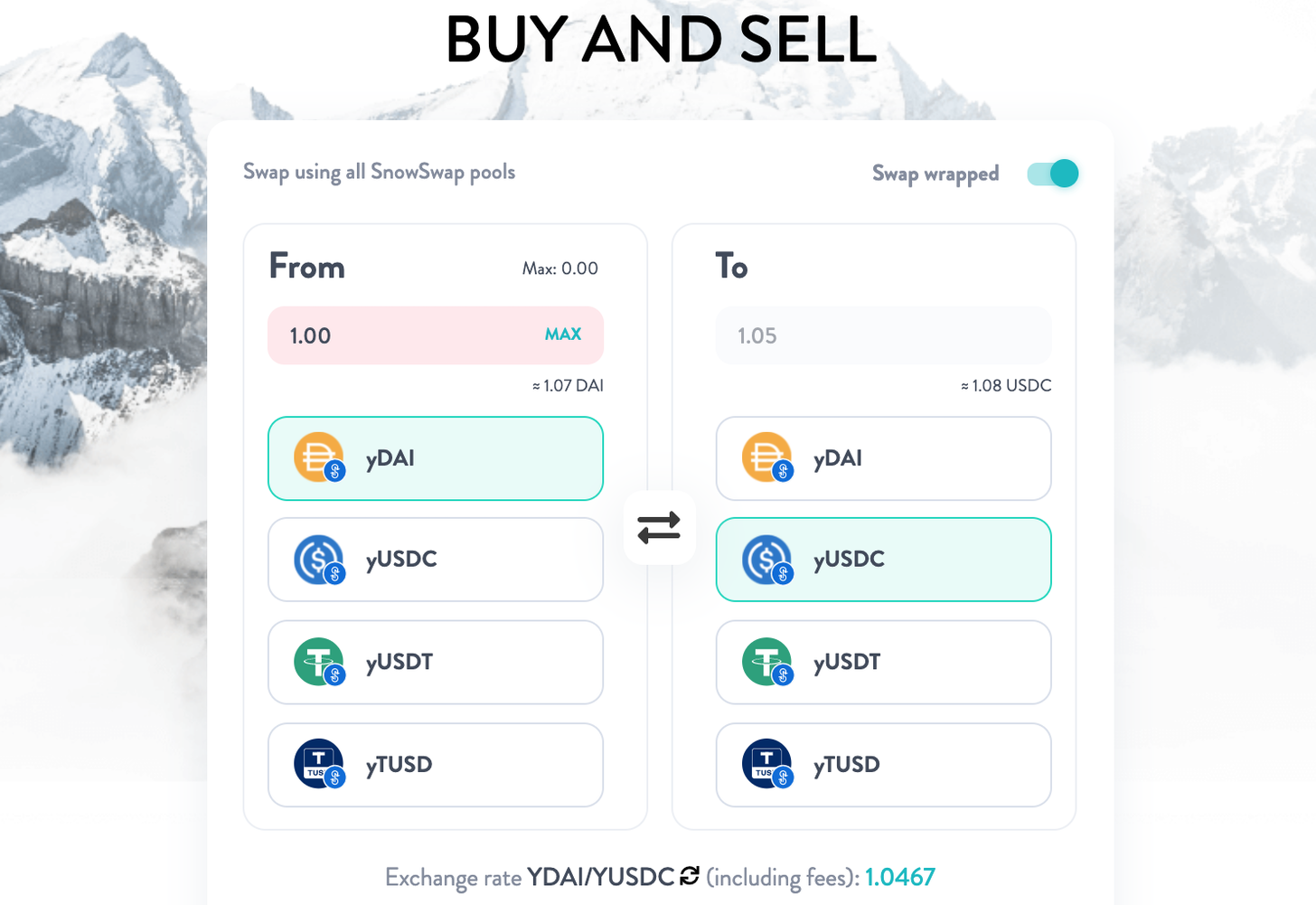 Snowswap is a new DEX which focuses on swapping yield-bearing Yearn Finance assets. Using Curve Finance’s pooling algorithms, it allows users to swap between Yearn Finance vaults without having to withdraw and deposit assets between them. This saves users withdrawal costs and time.

From Legos to Forks

The ability of DeFi projects to integrate one another through APIs and tokens has been DeFi’s most powerful feature. Now, projects are directly copying and modifying other project’s code to fit their needs and desires.

These forks can be controversial and raise moral questions. Don’t the original project founders deserve compensation for their work? Nevertheless, the TVL of some of these forked projects proves there exists real demand for them - even if temporary.

Speculative liquidity aside, do these forks add real value? While some forks started off as simple copy and paste forks, others have added real value to the original code, benefiting the entire ecosystem. What’s more, all these forks have community-led governance, meaning community members can propose changes or tack on additions that may breathe life into even the simplest of copy-paste forks.