China’s dominance in blockchain and financial technology could oust the US-led global financial system, according to Larsen. 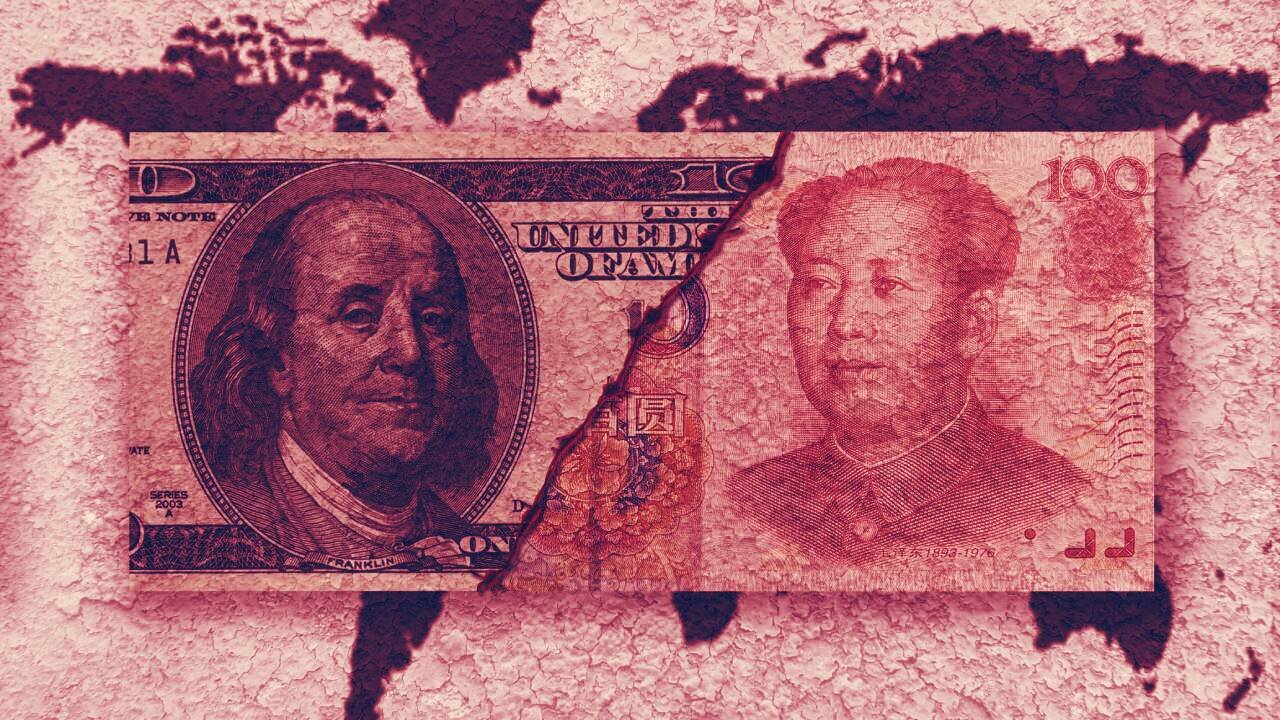 China and the US are exploring digital currency projects (Image: Shutterstock)

Chris Larsen, co-founder and executive chairman of blockchain-powered remittance network Ripple, has authored an op-ed claiming that the United States and China are already embroiled in a "technological cold war".

According to Larsen, China’s dominance in cryptocurrency and finance could be a major front in future battles between the two countries.

Larsen argued that the US dollar’s hegemony over global financial systems might lose out in the face of technological advancements in cryptocurrencies and the use of digital wallets, blockchain technology, and interoperability protocols.

That, he suggests, creates an opportunity for China to leapfrog over traditional dollar-led financial systems through its use of mobile payments including its digital currency electronic payment (DCEP) system—the state-controlled electronic yuan designed to help internationalize the currency.

China: has near ubiquitous use of digital payments ✔; piloting state-controlled digital Yuan ✔; has the largest concentration of crypto miners ✔. The U.S. can’t afford to lose this tech Cold War if we want to maintain economic leadership globally. More thoughts below @TheHill https://t.co/FOpS3ceXUC

“For China, this is a once-in-a-century opportunity to wrest away American stewardship of the global financial system, including its ultimate goal of replacing the dollar with a digital yuan,” Larsen wrote.

At least 65% of cryptocurrency mining occurs in China, according to the University of Cambridge Centre for Alternative Finance. According to Larsen, the US losing its financial hegemony could also become a threat to cryptocurrencies, as China could leverage the accumulation of hashing power within its jurisdiction to meddle with transactions.

“It's not hard to imagine a dystopian future,” wrote Larsen. “A US defense payment to an ally could be blocked or reversed. A US company’s payments to a Vietnamese manufacturer could be stalled. US banks could have their payments restricted if they run afoul of Chinese policy goals.”

China’s DCEP vs the US digital dollar

Trials of the DCEP are currently underway in several cities in China, and analysts believe that its official launch could rival the impact that Sputnik had on relations between the US and China.

China’s Belt and Road Initiative is another long-term strategy employed by China to bolster its international economic clout, in essence becoming a new “Silk Road” to participant countries. The Belt and Road could become an important conduit for the DCEP to replace the US dollar in cross-border transactions and international finance if it is accepted by China’s trading partners.

“Unfortunately, the US is woefully behind,” Larsen wrote. “I understand that the consequences of losing our financial lead are dire. US domestic digital payments are still playing catch up—cash and debit cards still dominate.”

The US has not yet developed its own central bank digital currency, though recently Federal Reserve Governor Lael Brainard revealed that the Fed is working with Massachusetts Institute of Technology researchers to “build and test a hypothetical digital currency oriented to central bank uses.”

“Given the dollar’s important role, it is essential that the Federal Reserve remain on the frontier of research and policy developments regarding CBDCs (central bank digital currencies),” said Brainard during a webcast.

Former Commodity Futures and Trading Commission chairman Christopher Giancarlo is leading attempts to promote a US CBDC as head of The Digital Dollar Foundation.

In June, The Digital Dollar Foundation released a white paper laying out what a US CBDC could look like.

“The United States needs to be involved now if we have an expectation that our values will be built into future money,” said Giancarlo in an interview with Forkast.News. “Now’s the time to get into the debate over the future of money and make sure those values, not just privacy, but values of free enterprise, of free speech, of democracy are built into the future of money.”