All the presidente’s cryptos

Dash continues to grow its user base in Venezuela, and the government swears the petro is “real.” But will it save the country from hyperinflation? 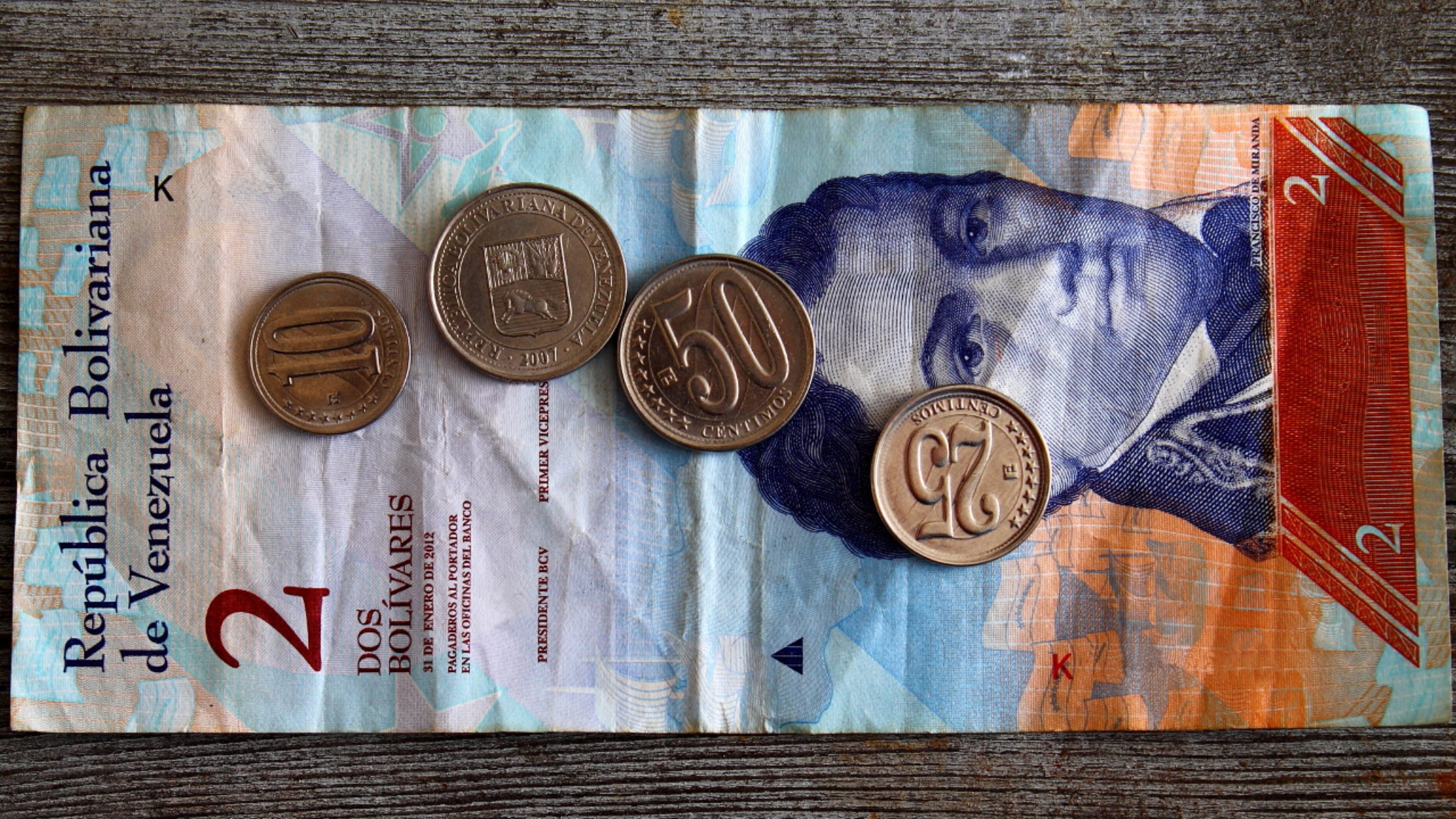 From the moment Venezuela announced its own state-backed digital currency, the petro has remained one of crypto’s biggest riddles, wrapped in a mystery, inside a socialist enigma. And while the government’s new website swears “the petro is a reality,” recent events have done little to change the perception that it isn’t.

Last week, President Nicolás Maduro’s government announced—for at least the third time—that the petro cryptocurrency would be open for business. For nearly a year, Maduro has positioned the petro as a means to escape both economic inflation and U.S. sanctions. Meanwhile, cryptocurrencies, such as Dash, have continued to gain popularity among Venezuelans in search of relief from the ever-devaluing bolivar.

But despite the parade of government officials holding “proof of purchase” certificates before state-media cameras, the petro wallet disappeared from the Google app store over the weekend, leading skeptical observers to wonder—once again—just how real the petro actually is.

“It doesn’t exist,” says Steve Hanke, professor of Applied Economics at Johns Hopkins University and one of the world's leading experts on hyperinflation. Hanke, who served as an advisor to Venezuela's President Rafael Caldera in 1995-96, is convinced the petro is a “scam” and has been all along. “They tried to launch this thing in February, and then they tried to launch it again in [early] October,” he says. But “it’s never been traded” on any crypto exchange, “no shops accept it,” and it has “disappeared from the Android platform”—it’s a “fictive currency,” Hanke concludes. And he’s hardly the only one.

“The entire crypto crowd beats the drums very loudly that somehow crypto is going to save Venezuelans and stop the hyperinflation, but it’s utter nonsense.”Professor Steve H. Hanke

In August, Reuters published a scathing report which determined the petro was “nowhere to be found,” despite the government’s claims that it had sold between $3 billion (in April) and $5 billion (in March) worth of the cryptocurrency. Earlier that same month, the Venezuelan government had also declared the petro would soon be pegged to salaries, pensions, and the exchange rate for the beleaguered bolivar. But “if something does not exist, it’s very difficult to mandate its use,” says Hanke.

More evidence of the “internal inconsistencies and contradictions” that Hanke describes arose this week when the government finally revealed the list of crypto exchanges on which the petro will (allegedly) trade. On October 1, Maduro teased that the petro would soon be listed on “six of the most important international exchanges in the world.” But instead of names like Binance or Huobi, the chosen few were unveiled as Cave Blockchain, Cryptia, Bancar, Amberes Coin, AFX Trade, and Criptolago—six little-known and underwhelming exchanges with next to no trading volume among them.

There also appears to be confusion regarding the types of payment the Maduro government would accept for the petro if it were to actually be sold. While the official “Petro Divisa” Twitter feed cites Bitcoin, Litecoin, Ethereum, and Dash as acceptable forms of payment, the government’s website indicates purchases are limited to fiat (like the U.S. dollar), Bitcoin and Litecoin. The choice of Dash as a form of payment is a curious one, given the cryptocurrency’s growing position in the Venezuelan market as a viable alternative to the bolivar or even the petro.

But Dash has no doubt caught the eye of the Venezuelan government. It may, in fact, have been the inspiration for the the latest incarnation of the petro. In early October, Ethereum developer Joey Zhou called the petro a “blatant Dash clone” after first discovering that the petro whitepaper had lifted an image directly from Dash’s GitHub archive, among other similarities.

This level of deceit, however, is par for the course in Venezuela’s government, says Hanke. In fact, in the grand scheme, the petro doesn’t even rank very high on the list: “There’s such a long list of scams [from Maduro’s government]. This is peanuts,” he says.

Dash, meanwhile, continues to make its case as the people’s crypto of Venezuela. On Friday, the Dash Core Group announced the launch of Dash Text—a Venezuela-based operation that provides SMS-based transactions for Dash, allowing users to transact without the need for Internet access. Bradley Zastrow, global head of Business Development at Dash Core, says more than 200 Dash Text wallets have already been downloaded as of Monday evening. He adds that the Dash network now comprises of more than 2,200 merchants that accept the crypto in Venezuela, with “around 200 or so merchants” being added every week.

Zastrow attributes the success of Dash in Venezuela to the work that his team is doing “on the ground” by “proactively acquiring individual consumers and merchants, educating them, [and] giving them a channel to reach out for assistance if they so require.” Working “directly with the community on the ground for strategic launches” is something “no other cryptocurrency is doing,” he says.

Hanke, however, is skeptical that any cryptocurrency will ultimately solve Venezuela’s economic woes. “The entire crypto crowd beats the drums very loudly that somehow crypto is going to save Venezuelans and stop the hyperinflation, but it’s utter nonsense,” he says. The economist tracks Venezuela’s annual rate of inflation on a daily basis as part of his work as director of the Troubled Currencies Project at the Cato Institute and says the bolivar hit an absurd 56,303 percent on Monday. Crypto, he says, will do nothing to solve this.

“Cryptos are peanuts in Venezuela,” says Hanke. “Venezuela is dollarized. The unit of account in Venezuela is the U.S. dollar, and that is the preferred currency for savings, for transactions, for making financial calculations of any kind—the U.S. dollar is the unit of account.” The Reagan White House alum instead points to services like AirTM which actually give Venezuelans what they want, he says. “[Venezuelans] don't want cryptos. And they don't want the petro, obviously. That thing has had three still births as far as I can tell. They want to be able to exchange bolivars and get dollars.”

Zastrow points out, however, that “if the U.S. dollar was the solution,” then “Venezuela’s problems would have been solved already.” He acknowledges that Dash acceptance remains small “relative to the total economy of Venezuela,” but says it’s “huge” when compared to other cryptocurrencies. “No one starts with immediate scale, so it’s important to acknowledge the rate in which we’ve seen that growth,” he says. “Ultimately, though, whether it’s U.S. dollars, Dash or some other cryptocurrency, I’d argue that the one which will benefit Venezuelans the most is the solution that’s the easiest to acquire, store and use,” says Zastrow. “I feel like we’re doing that with Dash.”

While Hanke dismisses Dash as “largely irrelevant” when compared to dollars in Venezuela, merchant and user adoption for the decentralized money alternative appear to show “no signs of slowing,” according to Zastrow.

It’s more than can be said for the petro, which remains largely a puzzle to anyone outside of Maduro’s government and its apologists. But that’s to be expected, says Hanke: “It’s a little hard to get your head around something when it’s a phantom.”