Some $400 million flowed into Yam Finance on opening day.

No one knew Yam Finance before yesterday at 5pm UTC when the team tweeted its first and only Medium article explaining the “project” they launched two hours later.

The token was born with “zero value” and without an audit, as the Medium post specified. Still, yield farmers couldn’t get enough YAMs and according to Etherscan, $90M USD was deposited in the protocol within the first 90 mins, while YAM price jumped to ~50 DAI—which sounds a lot more impressive when you take into account it was supposed to be pegged to $1.

Less than 24hrs later, more than $400M has been deposited in Yam’s smart contracts, and YAM has climbed to ~$95. The only purpose of these pools of tokens is to get YAM rewards, which are producing double-digit weekly returns. 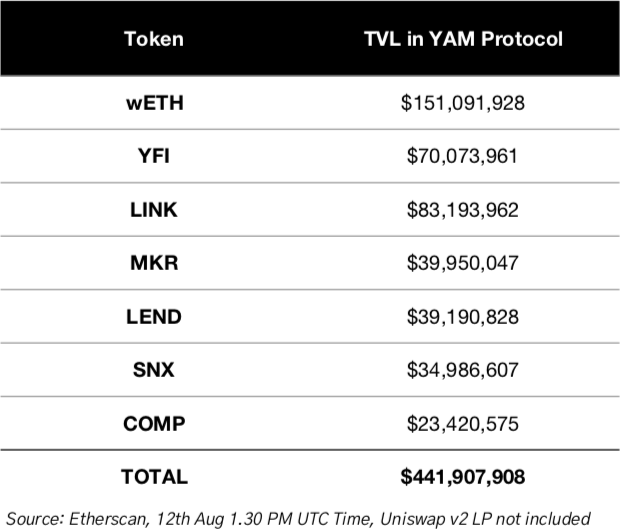 What’s more, part of these tokens has been borrowed, which means that if the price goes the wrong way and/or there’s smart contract failure, some of these traders would be on the line to lose their collateral.

As hundreds of millions of dollars in crypto flooded into Yam Finance overnight, total value locked from recent yield-farming darlings slumped. Assets in Balancer, Curve and Yearn fell by 16%, 24% and 38% respectively, according to DeFi Pulse.

Yam Finance now has more assets locked than any of the DeFi protocols mentioned above as farmers are apparently cycling their crypto into the highest-yielding crops. 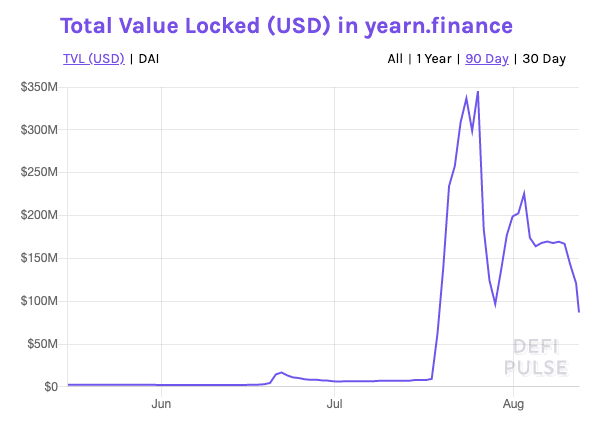 The protocol crafted by Dan Elitzer of IDEO, Will Price of Flipside Crypto and a few other DeFi investors and developers wants to be a meme-based version of AMPL. It combines the 1 USD target elastic supply (supply contracts when token is below $1, and expands when it’s above $1) with the most hyped-up DeFi features such as a total distribution since day 1 (YFI model, no founders, VC or premine), decentralized governance based on Compound Finance’s module, and a governable treasury.

The cherry on top of course is an aggressive farming program, which has become almost a prerequisite in the space.

Because of its elastic supply, YAM is not a standard ERC-20 token and it could be risky to use it as collateral in pools or other protocols. We already saw how experimenting with token standards led to a Balancer Labs pool getting drained.

There will be two phases for a total initial supply of 5 million tokens.

First, 2 million tokens will be distributed to farmers. Yam Finance enabled farming via eight different tokens and each pool will be rewarded with 250K YAM distributed over 7 days. 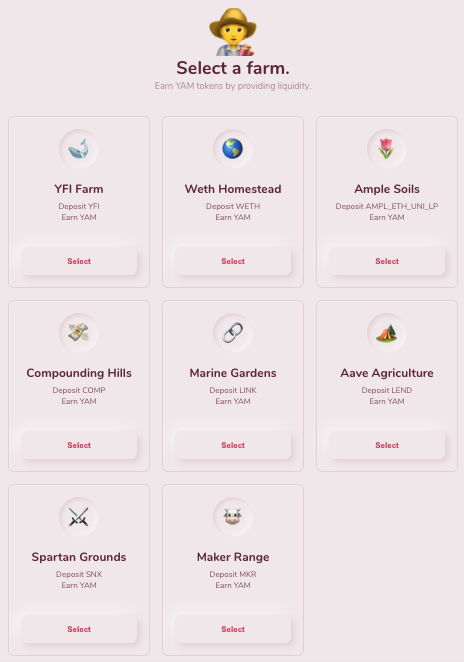 Once the tokens are distributed, YAM holders will entirely govern the protocol.

The first supply rebase happens 1-2 hours after the beginning of Wave 2 Distribution, and Wave 2 starts today at 7pm UTC / 3pm EST. With YAM way above its $1 peg, the market is bound to get flooded with tokens.

Keep in mind that following AMPL’s system, token holders’ stash of YAM increases directly in their wallets, meaning there will be whales with suddenly even more YAM tokens, which they got from farming and paid $0 for. That could potentially generate selling pressure. Since they didn’t pay anything for those tokens, the bar for selling is very low.

I don’t think it’s too cynical to say that it’s likely the eye-popping returns farmers are hoping to get is what's driving the frenzy for these governance tokens, rather than the chance to actually participate in on-chain governance. Whatever the case, YAM is another example of token incentives being extremely effective in driving liquidity to DeFi platforms. The challenge will be to make it stick.