From the mad, the bad to the downright dangerous, crypto projects are going ever further in search of publicity. There are better ways to publicize your business. 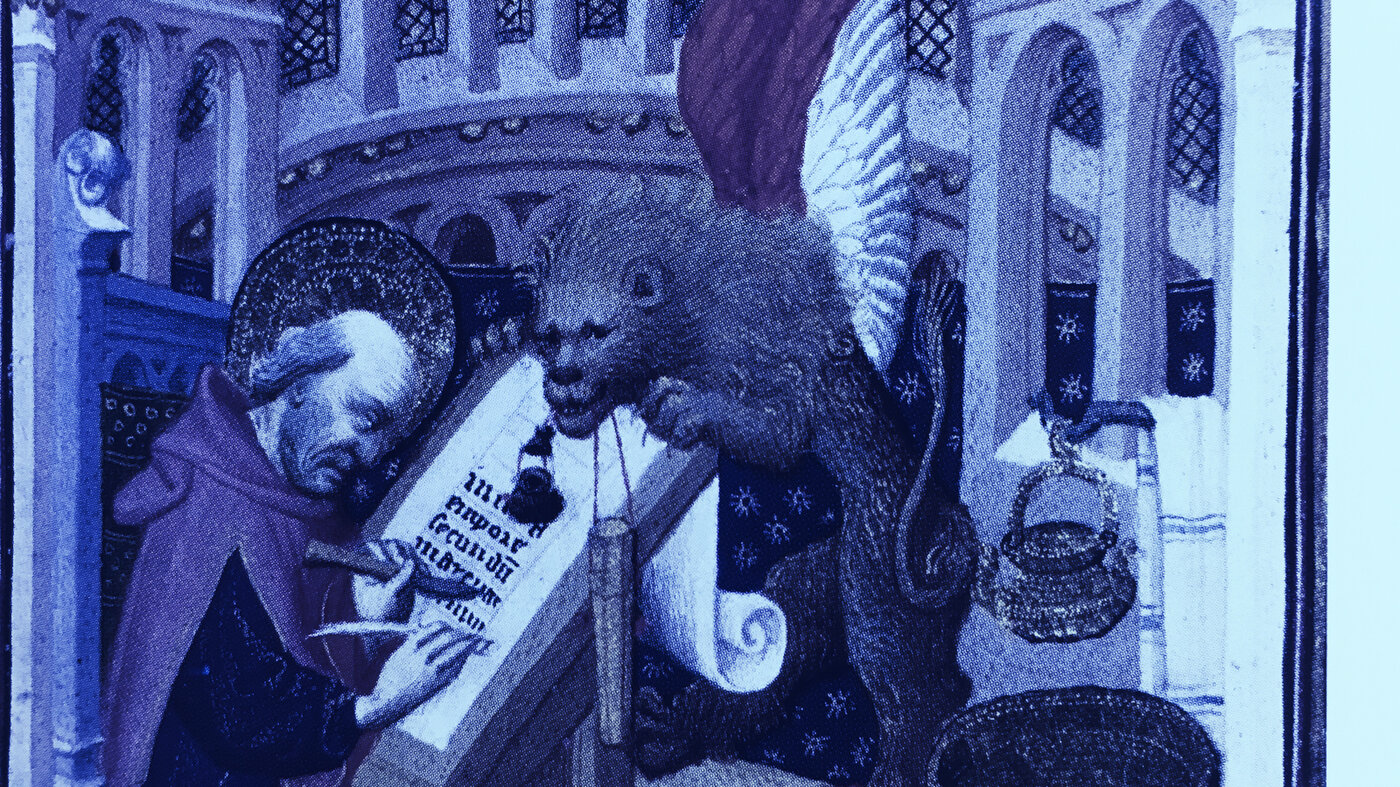 Kevin the flying lion was a real stickler for spelling and grammar in his letters. PHOTO CREDIT: British Library

Everyone knows the expression “there's no such thing as bad publicity,” made famous by 19th-century American showman Phineas T. Barnum. But not nearly enough of us have come across Irish author Brendan Behan’s more accurate adaptation. The self-styled "drinker with a writing problem" led a boisterous life which resulted in his early demise. Before he shuffled off this mortal coil, however, he uttered the words, “there's no such thing as bad publicity except your own obituary,” a macabre remix of Barnum’s immortal line that one crypto startup, in particular, should have probably paid closer attention to.

A few months back, FT columnist, Jemima Kelly laid bare the lengths one company went to, to promote its less than interesting token. Ukraine-based social network startup ASKfm decided to kickstart its crowd sale by placing 500,000 tokens on the peak of Mount Everest “for someone who is brave enough to climb the mountain,” according to the company’s statement. Fortunately, no one was stupid enough to take up the gauntlet, but perhaps that wasn’t really the point.

After a little light digging, it turned out the Ukrainian/Nepalese team sent up the world’s highest mountain to plant a stash of tokens weren’t quite as successful as the PR would suggest.

Having deposited the tokens, on its descent the expedition ran into bad weather and what had been portrayed as a jaunt took on disaster-movie overtones. The team got stuck at 7,000 meters, with no comms, no reserve oxygen and, on the second day, had to be evacuated by air rescue. If they thought their frostbite was bad, worse was to come. It was only later that it became clear one of their members was missing: a Nepalese guide named Lam Babu Sherpa. Officials subsequently confirmed his death, turning a shiny crypto caper into something more sinister than anyone could have hoped.

But a prank that led to the death of man wasn’t enough to make ASKfm go away and curl up under a stone. Hell, no! In another brazen publicity seeking email, earlier this month, they tastelessly announced: “ASKfm kicks off a new stunt—this time without killing a sherpa.”

Its latest gimmick? “Airdropping” $100,000 worth of tokens from a rocket into the Scottish countryside.

Now, the Scots are a canny bunch and, while they love a freebie like the best of us, it doesn’t appear as if they have collectively hoisted up their kilts and are running around the highlands looking for ASKfm’s stash. There’s no mention of the escapade on Twitter, a mere four comments on ASKfm’s Facebook page and its Telegram says nada. But ASKfm isn't alone in its cack-handed attempts at earning publicity.

Call it an unfortunate consequence of the ad ban on ICO advertising, or blockchain’s ability to escape the watchful glare of advertising standards agencies, either way, blockchain projects have gone to increasingly desperate lengths to captivate would be audiences. Don’t believe us? Here’s a smattering of cringe-worthy projects we wish we could forget about.

Potcoin, which provides banking services for the cannabis industry, sponsored the visit of former NBA  basketball player Dennis Rodman to North Korea, where, as a friend of Kim Jong-Un, he was an unofficial observer of the dictator’s meeting with Donald Trump.

Credit blockchain incubator Trust Square, opened its Zurich headquarters across the street from Switzerland’s finance controller and decided to make use of its neighbor’s temptingly prominent wall by projecting the BTC logo on it.

A blockchain conference in China featured an actor portraying Mao Zedong, the country's first, most revered Communist leader. Chinese law prohibits using images of past and current leaders in television advertisements, and unsurprisingly, resulted in mass social media condemnation. Sure, they got lots of publicity, but making people angry probably isn't the best way to entice an audience to use your product.

Erecting statues to crypto entities is proving popular. The BitStamp exchange and technology company 3fs paid for a statue of the bitcoin logo to be placed in the middle of a Slovenian roundabout and, in London, cryptocurrency wallet and exchange, Eidoo, commissioned a three-meter bronze sculpture showing a pregnant woman with a baby in her womb holding a smartphone. Presumably aiming their campaign at a very specific target audience.

Conceptual artist Kevin Abosch had six vials of his blood drawn and used it to stamp 100 pieces of paper with crypto contract address. The project, IAMA Coin, was meant to connect his physical body to the virtual; art “as pieces of me” or “a portrait of the artist as a bitcoin”, as the Independent, coined it. Most people just thought it was weird.

Now you see it, now you don't

In April, crypto savings site savedroid shut down its official website and Telegram channels,  abandoned its offices and replaced the site with a South Park meme (they’ve since reverted back to their old, boring website ways). The objective? To warn users about the dangers of crypto scams. Unsurprisingly, investors were not amused.

I mean, where do you want to start? Him running for president? Being completely stoned in an interview? Or perhaps is fish-flavored water tickles your fancy? Our personal favorite is the joke that keeps on giving, also known as, McAfee’s promist to eat his own dick on TV if one bitcoin isn’t worth $1 million by 2020.

So we've given some projects a good kicking, now it's time to patch them up, stroke their hair gently, and send them back out into the big, bad world of decentralization. We polled some of our PR friends to find out the best ways to solicit worthy, yet fruitful, publicity for your ICO.

A little of their advice may sound rather dry, but perhaps treat it the same as the diet industry’s maxim, “eat your greens”. For instance, Nick Ward, director of PR company, Fire on the Hill (which looks after VC firm Outlier Ventures and blockchain/AI startup Fetch) believes that any campaign worth its salt needs to present the technology vision clearly. “There’s a lack of focus on how the tech and business model changes will actually make a difference,” he states.

Motti Peer, co-CEO of Israel-based Blonde 2.0  prefers mixing the trad with the trendy, advising clients to cozy up to a good old-fashioned and (most importantly) big name. That’s what Swiss travel platform Winding Tree did when they partnered up with German airline, Lufthansa.

Peer also worked on the Bancor campaign, which saw finance innovator Bernard Lietaer (who implemented the ECU convergence mechanism to the single European currency system) appointed to the board of the crypto network.

“There are hundreds and thousands of projects and everyone says the same thing. A project with the guy who introduced the ECU?  I call this a bazooka,” says Peer. “And it works, without killing any sherpas.”

Perhaps with Google lifting its ad ban we’ll see fewer stories featuring company employees “winning” Aston Martins. Time will tell. But for now, if you have the cash (and it seems most of you do), calling in the professionals would appear to be the sagest piece of advice we could offer.

In the meantime, let’s have an industry call to action and an entreaty for ASKfm, in particular. For your next stunt, why not pay a $100k worth of tokens to the family of Lam Babu Sherpa? That's something we're sure Messrs Barnham and Behan would happily endorse.