The shifting sands of ShapeShift

Surprising everyone, Erik Voorhees appears to have bowed down to U.S. regulators. Is this the beginning of the end of Open Finance? 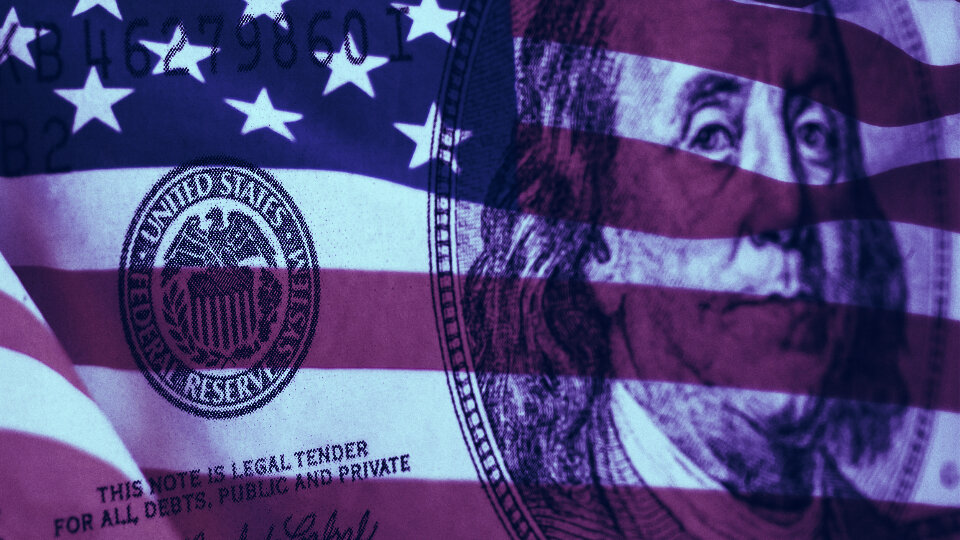 For as long as money is an economic and political weapon, it may never be free. PHOTO CREDIT: Shutterstock

The dream of a sovereign-grade, censorship-resistant, decentralized, global financial network is and always will be simply that: a dream.

The news that the peer-to-peer trading platform ShapeShift will be transitioning toward a “membership model,” and ultimately requiring “know your customer” rules (KYC), should come as a surprise to no one who’s been paying close attention. It is simply a capitulation to tried-and-true financial laws and regulations. Nothing more. And we should expect to see more of this, not less, as fringe crypto “projects” begin to transact in notable volume and attract regulator attention.

Why? Because the long arm of the law can almost always reach out and collar the people attempting to create these things, wherever they may be: the United States, Europe, China, Russia, or some other part of the globe.

It’s the same reason why a world of “open finance” built on Ethereum will never become a reality. The fact is that most technologists who dream these things up have never spent a day on Wall Street or in traditional finance. They simply don’t understand that the financial industry is among the most heavily regulated globally— and for good reason.

Regulators want to maintain confidence in the financial system because consumer spending drives a significant portion of GDP. They aim to protect and enhance the stability of the financial system, to avoid “run of the bank” situations, and protect consumers, given how important financial security is to everyone regardless of status or politics.

Much of this isn’t intuitive and requires a significant investment in time to understand. To put this in perspective, Dodd-Frank, which was enacted in 2010 to enhanced financial stability and consumer protection, is a 2,300-page bill.

The Fed and weaponized money

While the Austrian economists and libertarians that mostly occupy the crypto ecosystem may not like it, the U.S. Federal Reserve Act explicitly lays out the goal of monetary policy. It specifies that, in conducting monetary policy, the Federal Reserve system and the Federal Open Market Committee should seek "to promote effectively the goals of maximum employment, stable prices, and moderate long-term interest rates."

The Fed does this by managing the level of short-term interest rates to influence the cost of credit in the economy. In an “open finance” world, where BTC or some other crypto asset becomes the global reserve currency, governments would no longer have this monetary policy lever to pull.

Besides consumer protections and the “potential” for economic stimulus, regulation and oversight of the financial industry is of national security importance to the United States and sovereign nations. What good are U.S. sanctions against countries like Iran or Venezuela if USD is no longer the global reserve currency? Likewise, capital controls in countries such as China and Russia limiting fiat outflows and foreign investments are all an attempt to stimulate domestic growth and exert control over citizens.

DEXs will not save you

Open-finance dreamers often cite decentralized exchanges (DEXs) as their silver bullet to avoid these constraints. They believe DEXs will allow for a permissionless P2P network of global liquidity for tokens and securities that will occur atomically and no longer be subject to government regulation. But this, too, is a pipe dream. The Securities and Exchange Commission has already seen to that.

The Securities Act of 1933, the Securities Exchange Act of 1934, and the Investment Company and Advisers Act of 1940 have all been relatively untouched over the past 80 to 85 years. More recent regulation, including Sarbanes-Oxley, Dodd-Frank, and the JOBS Act, are adhered to in the same light.

Regulators will not allow for the P2P transfer of securities on unregulated platforms, especially those that don’t comply with this long-standing, existing regulation. Securities cannot be bearer instruments; they need unique identifiers, and there needs to be real-world legal recourse and surveillance.

The trade life-cycle process still needs to occur within the confines of the law, which includes the process of clearing and settling. A DEX would need a node for regulators to plug into to observe trading patterns and flag any suspicious behavior. A DEX isn’t all that different from a dark pool in the equity world—private exchanges for the trading of securities. For any global liquidity pool to function optimally, you need market makers. Market makers are typically regulated institutions that will not participate in networks that do not adhere to existing regulation and that lack a KYC or anti-money-laundering (AML) component.

Nice little P2P exchange you got there...

Why is all of this relevant? ShapeShift’s decision to enforce KYC rules was evidently made “under duress,” according to the company’s CEO, Erik Voorhees. And as Jake Chervinsky, a government-enforcement defense and securities attorney, laid out in a Twitter thread on Wednesday, it’s likely that Voorhees was threatened with enforcement action from either the Financial Crimes Enforcement Network (FinCen) or another government agency.

As early as 2011, FinCen, the enforcement arm of the U.S. Treasury Department, claimed to have jurisdiction over digital currencies, while addressing its stance several times since then, including in March 2013 and as recently as last month in public commentary.

The agency is essentially tasked with enforcing the Bank Secrecy Act, which Congress enacted in 1970 to financial institutions to help the government and law enforcement detect money laundering. And the government views KYC as part of the process to help facilitate the identification of money laundering, as well as tax evasion, foreign sanction evasion, and, of course, terrorist financing.

Given Voorhees’s prominence in the crypto world, he is a key figure for regulators to zone in on and pressure. Simply put, a violation of the Bank Secrecy Act could result in jail time for him. While ShapeShift may be based in Switzerland, Voorhees is still an American citizen—and no stranger to sanction from the feds. As Chervinsky notes, this is how regulation gets done in DC: Even if regulators have weak proof, it’s likely too damaging for the individual and or company to fight it.

The long arm of the law

What does this mean for the slew of other decentralized projects that are being built on top of Ethereum to usher in this era of “open finance.” If companies are thought to be violating any of the aforementioned securities laws (enabling unlawful issuance or secondary trading) or the Bank Secrecy Act, any team member associated with the so-called decentralized application (whether in the fundraising or development) will be held liable.

This means @willwarren89 of @0xProject or @ovedm606 of @airswap and their teams will be required to implement KYC/AML to the extent their respective protocols ever gain enough traction to warrant regulator attention.

How can the government stop a "decentralized exchange?" The developers, their offices, and relayers that have raised rounds of capital are a great place to start.

The common retort to all of the above is that this is a very U.S.-centric viewpoint. If the United States takes such a draconian stance, then it’ll just lose out on innovation to the rest of the world. But those critics haven't been following macro economics lately.

Look at what China does to try to enforce some semblance of capital control. Same with Russia and other parts of Asia. Even the European Union can't figure out what to do with the euro, which is in the midst of its own crisis.

Countries outside the United States have far more opaque financial laws. Yes, there might be some regulatory arbitrage at play in areas such as Malta or the Seychelles. But to attract capital from the masses, you'll need to find a way to comply with existing laws as they slowly evolve.

While the concept of “open finance” is admirable, and even desirable for many people, ShapeShift’s capitulation is just the tip of the iceberg of what’s to come if governments begin to feel threatened by the emergence of crypto assets and the companies that back them.

People can say decentralized or "open finance" all they want, and indeed the systems themselves might well be "decentralized." But the long arm of the law can still find, fine and even arrest and prosecute the people who built the system.

Disclaimer: The author, who wishes to remain anonymous, manages a venture portfolio that includes several blockchain ecosystem companies and owns BTC directly. Guest posts can be submitted to editor@decryptmedia.com for consideration.