Peter Schiff's Bitcoin tweets are being turned into memorabilia

Despite the investor’s hatred for Bitcoin, the Bitcoin community can’t seem to get enough of him. 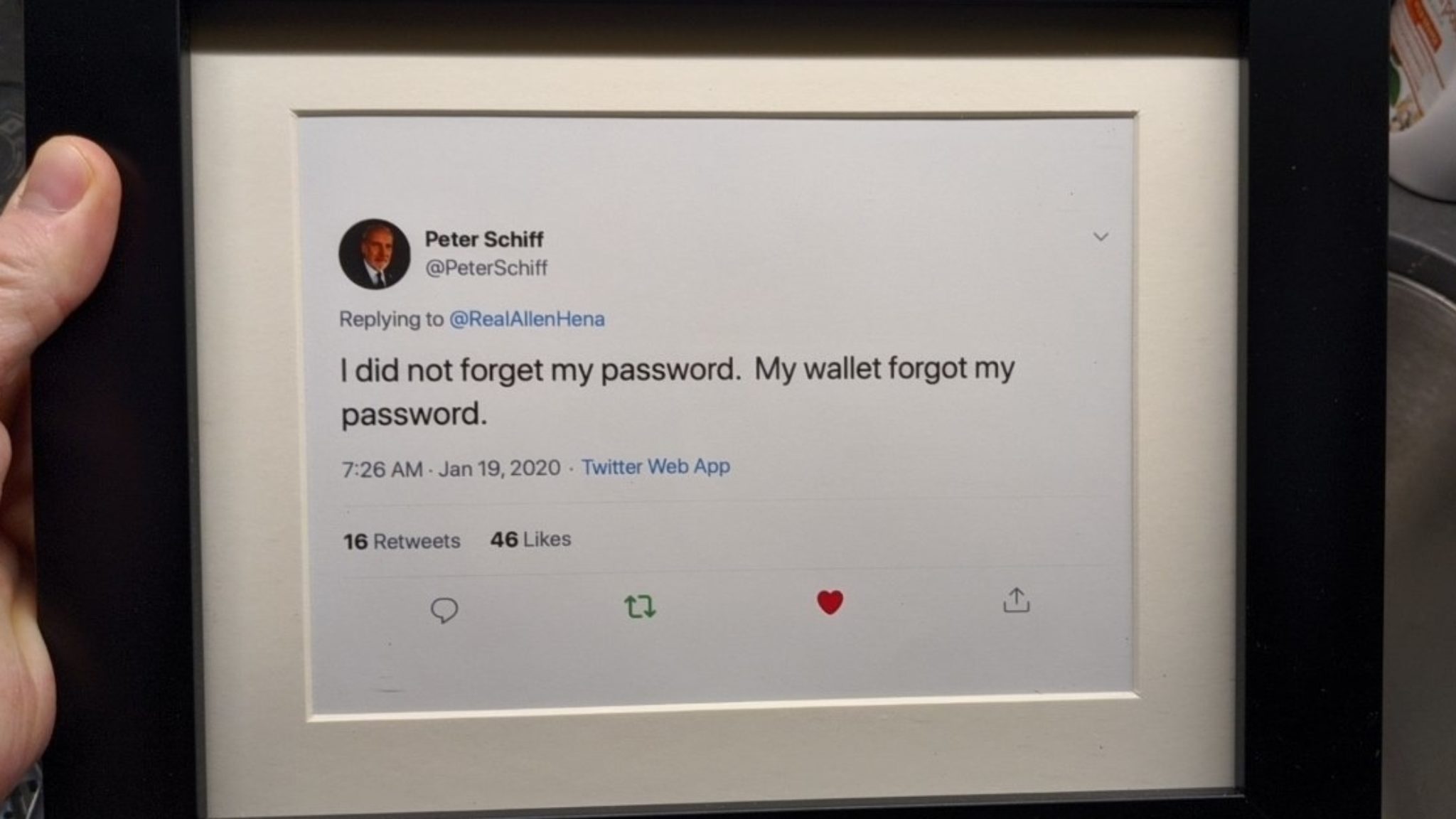 Will Peter Schiff start his own range of Bitcoin-branded goods? Image: Felipe on Twitter.

The Bitcoin community—which had gifted the Bitcoin skeptic thousands of dollars of BTC back in July 2019—was aghast to find out that he had recently lost the coins due to a password error. Schiff blamed the Bitcoin wallet he was using, before going on to criticize the Bitcoin network more broadly. It was only later that he realized he had failed to set up the wallet properly in the first place.

But between those two moments, Schiff published a number of tweets that are now being immortalized by some of the more creative members of the Bitcoin community. One such tweet, “I did not forget my password. My wallet forgot my password,” has been turned into a framed picture.

How about a commemorative mug? Liberty Mugs has created a coffee cup featuring the same tweet alongside a later one that reads, “There is zero chance I forgot my password. I used a very simply (sic) numeric password that I have used many times in the past.” They’re selling for $15.95.

Charlie Shrem, Bitcoin pioneer and host of Untold Stories, has already expressed his desire to buy one of the mugs. Several other crypto figures seem to be interested in the Schiff-branded memorabilia too, including the pseudonymous Vortex account, whose response to Schiff is also featured on the mug.

While Schiff may be $2k worse off after losing his crypto, he’s joined a prestigious list of people to have their gaffs immortalized in pottery. That’s priceless.