At the same time, law enforcement has drained its resources with increasing numbers of costly requests. 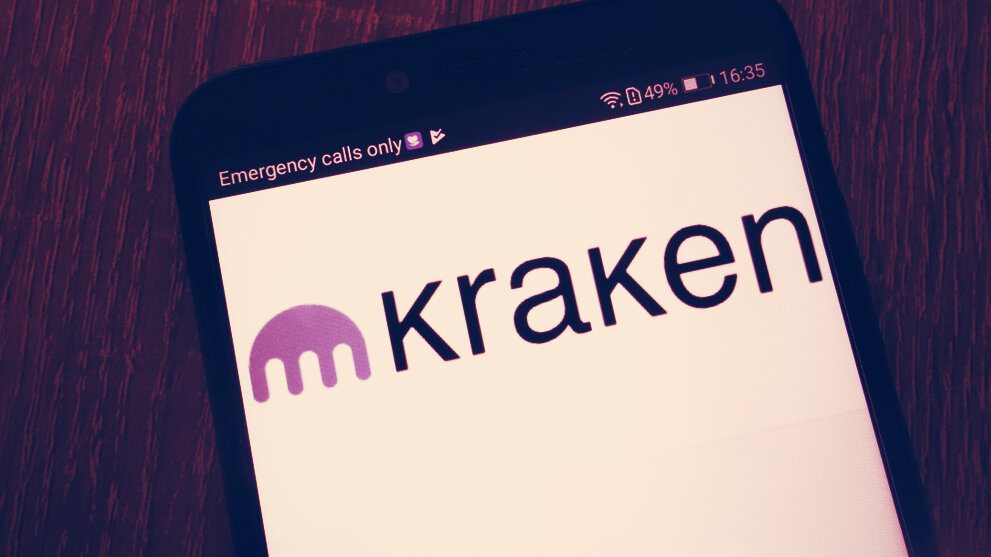 One of crypto exchange Kraken’s customers claimed yesterday that an online French bank has rejected transfers from the exchange.

The customer, who prefers to remain anonymous, told Decrypt that they made two transfers to the bank on December 17 and 20. Both Kraken and Boursorama told the customer that Boursorama blocked the transfers, with Kraken adding that transactions have been blocked for several weeks.

“We inform you that following a decision by our banking establishment, we no longer accept transfers to this account, reads a letter dated Monday, January 6 from the Boursorama Banque, issued in response to the customer’s request to transfer funds between its bank account and Kraken.

A support officer from Kraken told Decrypt that Boursorama bank were “definitely blocked,” but that “We are just learning that transfers are arriving again. BOUSFRPPXXX is one of the ones that have been arriving again.”

The customer told Decrypt that, since the transfers were rejected, he put in another transfer on January 6, which has since gone through.

Of the trouble, he said, “It's very worrying that I'm not free to use MY money the way I want to. Boursorama simply rejected the transfers without explaining why; it took them 20 days to simply tell me they don’t deal with this account anymore.”

“I hope they change their mind or I will move to a German bank,” he said, referring to the challenger bank N26, “which is known to not block transfers.”

Boursorama Banque’s parent company is Société Générale, which last week made headlines after it closed the professional, personal, joint, and children’s accounts of Parisien Julie Goislard, after Goislard she criticized the bank online.

Notwithstanding crypto exchanges’ problems with dealing with their customers, Goislard was championed by crypto Twitter after the near-1-million-strong @Bitcoin tweeted Goislard’s story online, as a parable that foreshadows the demise of traditional finance.

A French woman criticized her bank on @Twitter. In retaliation, the bank suspended her professional, personal & children's accounts. https://t.co/lN0MpAWF4d

The #Bitcoin network can only engage in user discrimination based on digital signatures & cryptographic proofs.

On top of all this, Jonas Cachau-Herreillat, another French bank customer, this time of the Dutch bank, ING, tweeted today that Kraken refused transfers to his bank account. Kraken told Decrypt that ING had blocked transfers between the bank and Kraken since December 12.

Kraken CEO Jesse Powell said, “Banks all over the world are blocking all sorts of crypto companies and crypto consumers.”

Banks aren’t the only ones causing problems for Kraken. It released an infographic today detailing global law enforcement requests. Kraken said that law enforcement sent 710 information requests to the exchange, a 49% increase from 2018. Of the 710 requests, which impacted 1,222 accounts, 62 percent—or 432—came from the US.

The “cost of handling subpoenas (regardless of licenses) is quickly becoming a barrier to entry,” tweeted Kraken.

It's that time again. Here's a snapshot of our Compliance team's 2019 Transparency Report. Team America still ahead with 61% of total requests, down from 66% last year. Other geos gaining fast. Trend is obvious. Costs are increasing, even in a relatively flat market. pic.twitter.com/4AMe11unoL

Kraken said it provided data for 62% of all requests but that 28% of requests were not valid—meaning they did not meet local legal requirements, or Kraken’s internal policy. It added that 406 subpoenas were requested.

Erik Voorhees, CEO of crypto exchange ShapeShift and prominent libertarian, commented, “Kraken has to deal with two formal surveillance requests per day. This is so sad that productive industry is being diverted like this. It makes a poorer world. The government is spending Kraken’s money to do police work.”