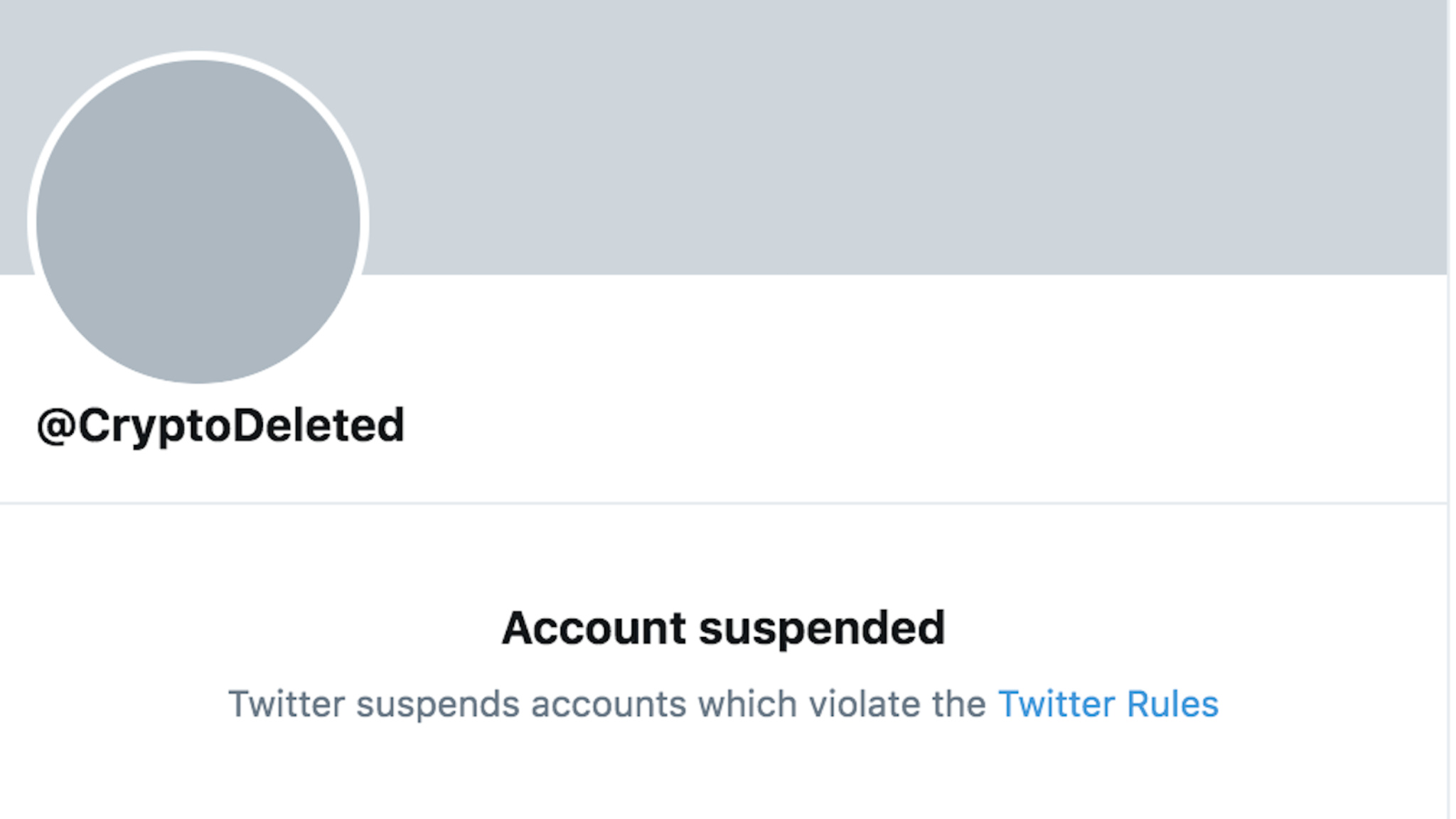 Jameson Lopp didn't expect to provoke outrage when he challenged a bot to a do-or-die duel upon the blood-drenched soil of Crypto Twitter. But he did.

Earlier this week, Lopp, a highly influential and extravagantly bearded cypherpunk software engineer, had penned a blog post detailing how he had frazzled the algorithm of @CryptoDeleted, a Twitter bot that screenshots and reposts deleted tweets from prominent figures in the cryptocurrency industry. It was a popular account, useful for keeping track of ill-advised tweets, such as that time crypto exchange Poloniex, under the auspices of new owner TRON CEO Justin Sun, exhorted its followers to “buy Tron.” Remarkably stupid? Brilliant marketing? Either way, CryptoDeleted held it accountable.

But Lopp believed CryptoDeleted’s script was running amok. To his irritation, the account kept reposting tweets that he had deleted only to repost immediately, with minor adjustments to grammar.

So he built his own script that would confound—or "grief"—the unruly bot. Each minute, Lopp’s script would post and immediately delete a tweet, from his own account, which was on CryptoDeleted’s whitelist—that is, the roster of Twitter accounts whose tweets it tracked. If CryptoDeleted was up to scratch, it would immediately repost each of these deleted tweets. And so it did, causing the bot’s feed to flood with Lopp’s forced deletions.

Within minutes, CryptoDeleted caved and removed Lopp from its whitelist. Lopp hoped this would prove constructive: “I wrote [the] script to flood his bot with junk data in the hopes that he'd implement improved filters,” he said, in an interview with Decrypt.

But alas, that didn’t happen. Hours after Lopp’s blog post, CryptoDeleted was summarily suspended by the gatekeepers at Twitter HQ, having been reported into oblivion by, presumably, Crypto Twitter users unsympathetic to its cause—that is, people on its whitelist unkeen on the ritual humiliation of having their ill-conceived Twitter blunders preserved.

The imbroglio brought forth a wave of criticism against the cypherpunks celebrating the bot’s demise. (Lopp wrote “Rest in peace” on Twitter.) How, observers demanded, could these avowed cypherpunks square their holistic anti-censorship ethos with the explicit censorship of a bot that was useful in holding crypto grandees accountable?

One argument is simply… CryptoDeleted was asking for it. He (she?) had become fairly irritating, say its critics. The person behind the bot, previously an unspoken curator, had begun editorializing deleted tweets, adding his or her own opinion into the daily churn of algorithmically regenerated Twitter screwups. The account had lost its nonpartisan charm.

Peter McCormack, a prominent podcast host, was targeted directly by the once passive bot, and it irked him. Last month, CryptoDeleted, newly sentient, chided McCormack for his plea to be removed from the bot’s roster of Crypto Twitter accounts, on the advice of a lawyer. The bot proceeded to mock him unsparingly.

“I don’t think a ban was necessary—I like the tool, I think it is useful,” said McCormack, in an interview. “I just think the power got to [CryptoDeleted]. He became a troll and that was boring, so I blocked him after he published lies about [me].”

Lopp, for his part, advances a more ideologically nuanced argument. CryptoDeleted was unduly censored, sure. But the account was also committing a higher-order libertarian sin: invasion of privacy. “Several of the folks that the bot was retweeting had blocked that account,” Lopp said. “They clearly desired privacy from being surveilled in such a fashion.”

Well, no. “Everyone has the right to privacy, but morally I don't believe that you can justify using force against someone in order to protect your privacy,” said Lopp. Privacy of individuals is important, he explained, but it’s more vital to protect the free flow of information. Or else despots can suppress inconvenient narratives in privacy’s name. Which sounds pretty bad!

But “force”—the term Lopp used—was demonstrably used against CryptoDeleted, so it’s still difficult to entirely shed the notion that a powerful lobby of moneyed individuals touting an anti-censorship ideology summoned their considerable influence to shut down a critic.

Still, the bot’ll probably come back. “In general, central authorities that try to control the flow of information will fail,” said Lopp, optimistically. “So this guy running the bot will be able to continue to operate.” (A @CryptoDeleted2 handle briefly surfaced a few days back, but it, too, was unceremoniously suspended.)

Ultimately, Lopp appeals to that most worthy of libertarian ideals: the infallibility of the free market. Twitter chose to suspend the account, and it’s Twitter’s platform, so its decision is absolute. Censorship is fine on a private platform. Even if, searching through Twitter’s “rules,” one finds little to justify a ban. Unless, somehow, CryptoDeleted’s ban falls under general “harassment.” (Twitter, Inc. did not respond for comment.)

What about CryptoDeleted’s creator, @MisterCh0c? What’s his take on this? We reached out for comment but alas, he, too, has been suspended.