The great cypherpunk author who presaged crypto 20 years ago, is bored with digital money. But he thinks blockchain might have some uses. 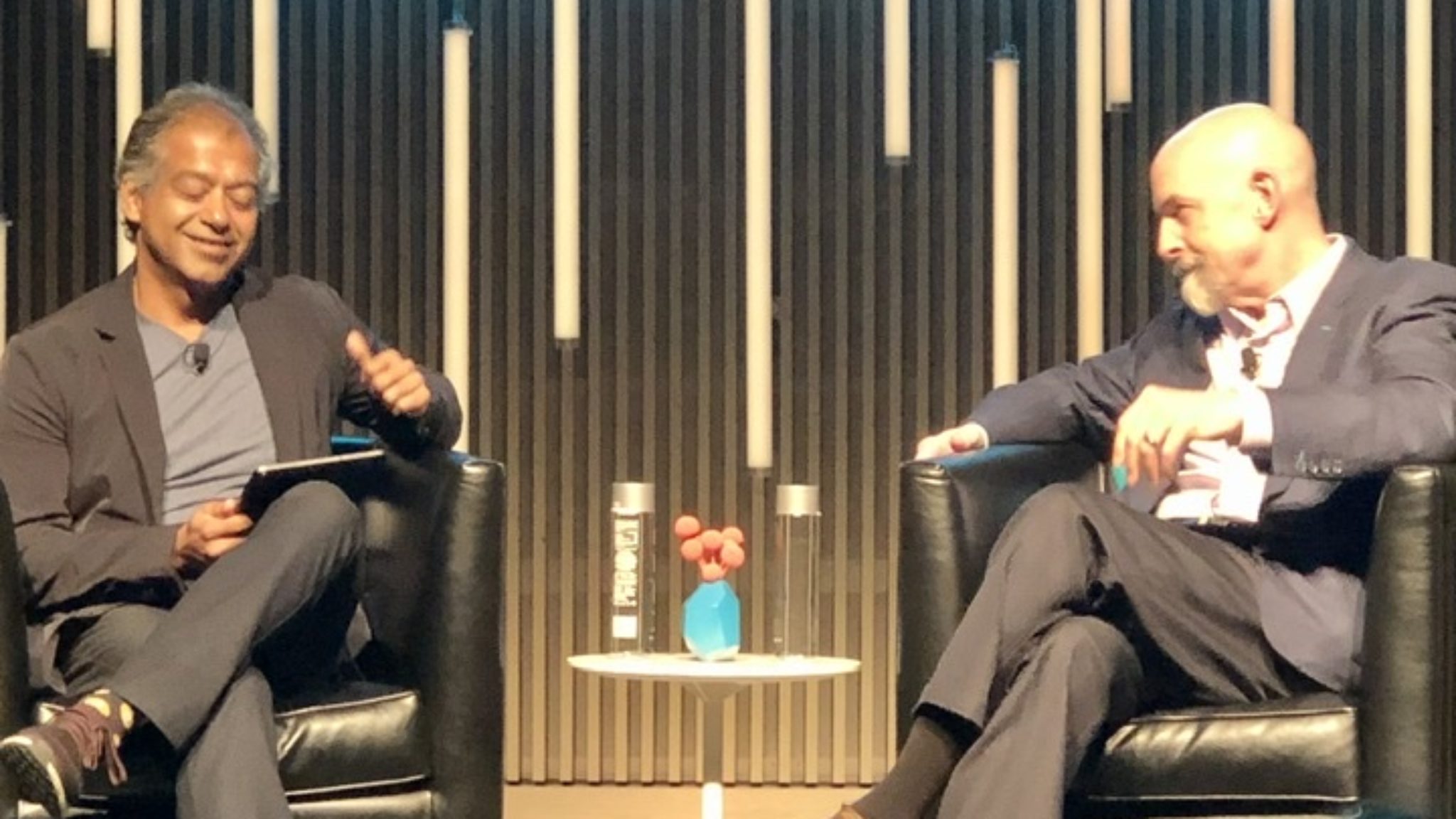 SAN FRANCISCO—There are some people who think that the great cypherpunk writer Neal Stephenson could be Satoshi Nakamoto. They make a fairly compelling case. Sadly, they’re wrong.

“I couldn’t be. So I’m not,” he told Decrypt in an interview today.

Stephenson, whose books (including Snow Crash  and Cryptonomicon), have done more to help us envision the future than just about anyone writing speculative fiction, was the headliner at the annual Blockstack Summit in San Francisco today. He was interviewed on stage by the entrepreneur Naval Navikant, and by us, separately.

“Snow Crash is my most re-read novel of all times,” Navikant said on stage, adding that if you haven’t read it, “you should probably stop whatever you’re doing and pick it up right now.”

“Thank you for being a profit center,” Stephenson quipped.

It turns out that Stephenson isn’t much into crypto these days, despite being the first sci-if guy to imagine data havens and digital cash, in 1999, in the bestselling Cryptonomicon.

As a fiction writer, he told Decrypt, “when you’re on a particular project, you imbibe a large amount of information about that project, and then you sort of walk away. I wouldn’t say I totally walked away from crypto. But it was definitely pushed down my stack far enough that when blockchain started I was aware of it, but I didn’t really jump on it and follow it. I actually sort of got behind.”

“I’m still kind of the same. When I hear ‘blockchain combined with money’ my eyes sort of glaze over… It’s not very interesting.”

A lot of blockchain-based stuff is said, is “just over engineered. I mean, if the point is to just have a distributed ledger, is there a way we can do that without building giant server farms to do weird calculations with numbers?”

He added that there were blockchain-related things that are indeed worthy of pursuit. “I’m interested in almost anything other than money as a way to use blockchain.”

In his latest book, Fall, Stephenson refers to the Internet as the Miasma or the Din. The Internet did not turn out the way many people had hoped in the 1990s when it was first catching on with consumers. Now it’s filled with “alternative realities” and filter bubbles that people live in, often finding lies and bad data to support their dumb ideas.

Stephenson said that a lot of the dystopia we’re in now was presaged in the 1990s by great cryptographers such as Matt Blaze, who had posited an online encyclopedia rife with bad information. “We ended up with that version of the Internet in which people still take everything at face value… Your filters just fall away.”