Crypto titans clash on the future of decentralized finance 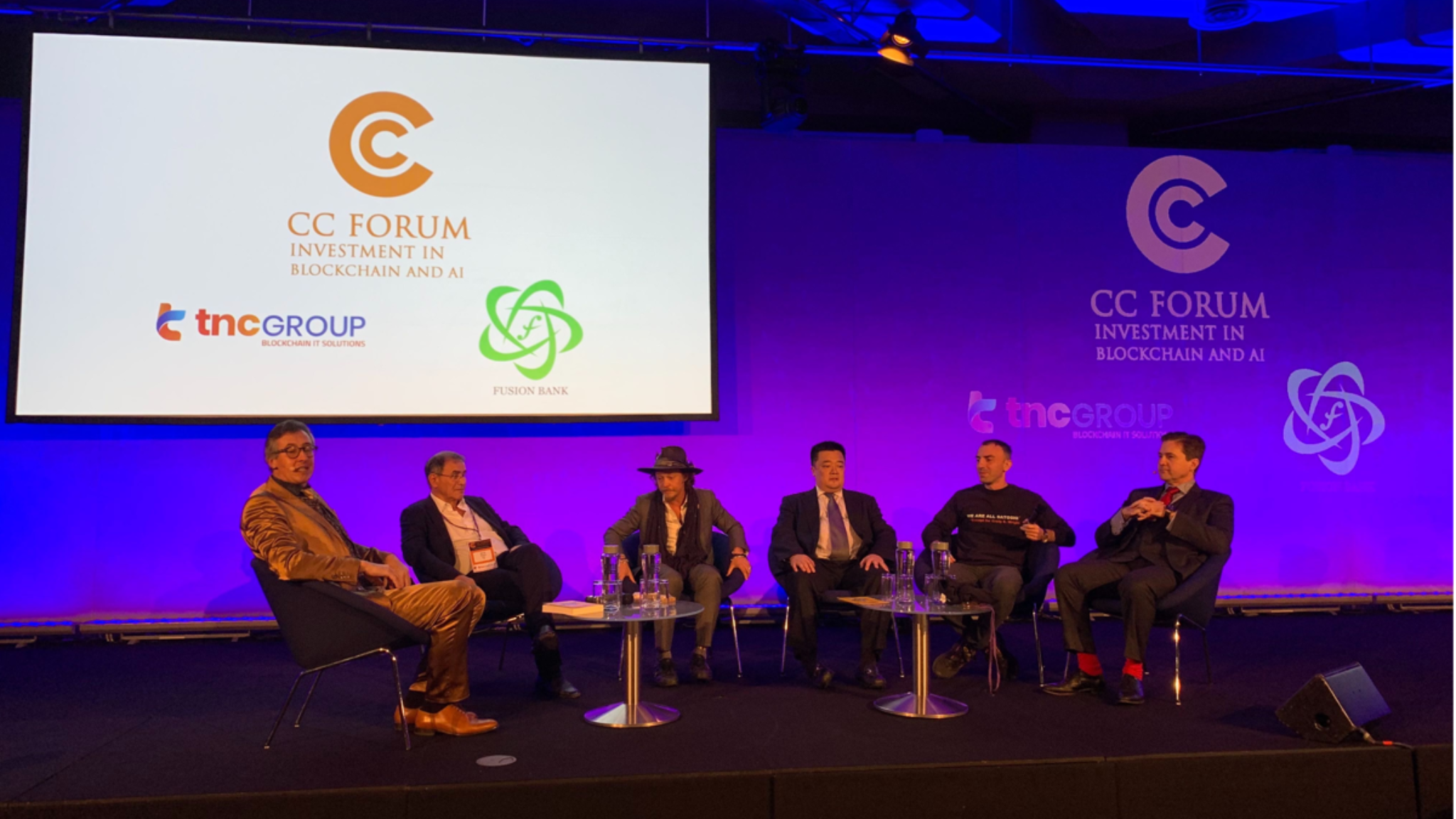 With some 500 people in the audience, the atmosphere was tense. In the run-up to the event, Twitter lit up with debate over Wright’s inclusion on the panel, given his claims to be the original creator of Bitcoin, Satoshi Nakamoto (claims which are the subject of intense debate and a series of court cases). The likes of Litecoin founder Charlie Lee and Binance CEO Changpeng Zhao weighed in online, while Vays took part in the panel wearing a “We are all Satoshi⁠—Except for Craig S Wright” shirt.

Tone Vays showing off his t-shirt ahead of the debate. PHOTO CREDIT: Decrypt

Professor Roubini kicked off proceedings to say that the global economy is currently in the process of something he called “de-globalization.” As part of this process, Roubini outlined three major black swan risks facing the global economy today: “a hard Brexit” for the UK government, escalating tension in the Middle East (between the US and Iran), and finally a “populist backlash”—that is today playing out in the form of a trade and tariff war.

Crypto investor Pierce shared Roubini’s assessment and said that he was “very concerned” about the current state of affairs. He said, “the world’s scary right now,” and for that reason, was a big advocate for gold and cryptocurrency to be included in any portfolio that wanted to hedge against global financial instability. Apart from just being a good investment however, Pierce said that “there's no question that the technology has applications for central banks and governments.”

As one of the founders of tether—the most successful stablecoin in the market today (over $4 billion in circulation)—Pierce said that it was originally his idea to “put real-world assets on the blockchain”. He added that Tether accomplished its mission of “demonstrating that there is demand for putting real-world assets on the blockchain—and it is something that central banks may want to use as a technology platform for currency issuance.” In this regard, he said blockchains could “move money faster, more efficiently and more securely”—that is something he feels has “applications at a government level.”

Vays disagreed with Pierce’s view. He said that despite the fact that there may be demand for real-world assets on the blockchain (like stablecoins), to him it makes “no sense—because those real-world assets could be confiscated by the government” at any time. Using Pierce’s own stablecoin example, Vays added that if the New York attorney general ends up winning its current lawsuit against Tether, “they can just call the bank and collect all of the underlying dollars of Tether”. The trader added that he sees “zero use cases for real-world assets” that have an ability to be confiscated after they are issued on a blockchain. ”It just creates more inefficiency,” he concluded.

Bobby Lee also concurred with Vay’s point of view, but instead of stablecoins on the blockchain, he gave an example using real estate. Lee said, “imagine if you have real estate on the blockchain and you own the private key to that unit—its meaningless because [the real estate] could be confiscated.'' He also warned that a transfer could be potentially forbidden by a local government. “When you use blockchain and private keys to represent external assets, you still have that trust issue,” added Lee.

Anything wrong with money printing?

Roubini added that during the 2018 global financial crisis, “if we made the same mistakes from the 1930s—of letting everybody liquidate each other—with no use of monetary or fiscal policy of backstopping the financial system”, we would have ended up with the “great depression 2.0.”

Crypto advocate Lee was quick to challenge Roubini’s view on money printing and his opinions. To demonstrate this, Lee pulled out a $100 from his pocket and told the professor that the note had lost a significant portion of its value over the last 30 years. According to USinflationcalculator, the $100 note in 1989 was worth around $207 in today's purchasing power—so a loss of over 50%. When asked by Lee if Roubini thought “it was fair”—he replied back that “it's perfectly fine”. Labeling Lee a “shitcoin supporter.”

The pair soon engaged in a heated debate about whether inflation in fiat currencies was a fair concept or not. Lee cited the examples of Venezuela and Zimbabwe, but Roubini shrugged off the examples by saying that “out of 200 fiat currencies, only two or three are failing.”

The shouting match continued with Roubini telling Lee that “there are thousands of shitcoins that have been debased 99% overnight.” Pierce eventually broke up the pair by saying: “unfortunately, I am going to agree with Nouriel on this,'' he added that “just like in 1999, 99% of the internet startups failed and probably 90% to 99% of the crypto projects are also going to fail and most of them are shit coins.”

However, Pierce said that one area where he and Roubini differ, is that the work being done by this nascent industry will have long term positive implications. “I don't know where that innovation is going to come from, but if anyone succeeds in making the world a better place, we all win.”

Pierce said that this is why he encourages Craig and everybody else to “continue to innovate because we don't know where the answer is going to come from.”