The Brexit effect: How bitcoin, gold and the pound reacted to Europe's biggest story

Since the UK decided to leave Europe, Bitcoin and Gold have grown their market caps by around $133 billion and $1 trillion. Was Brexit responsible? 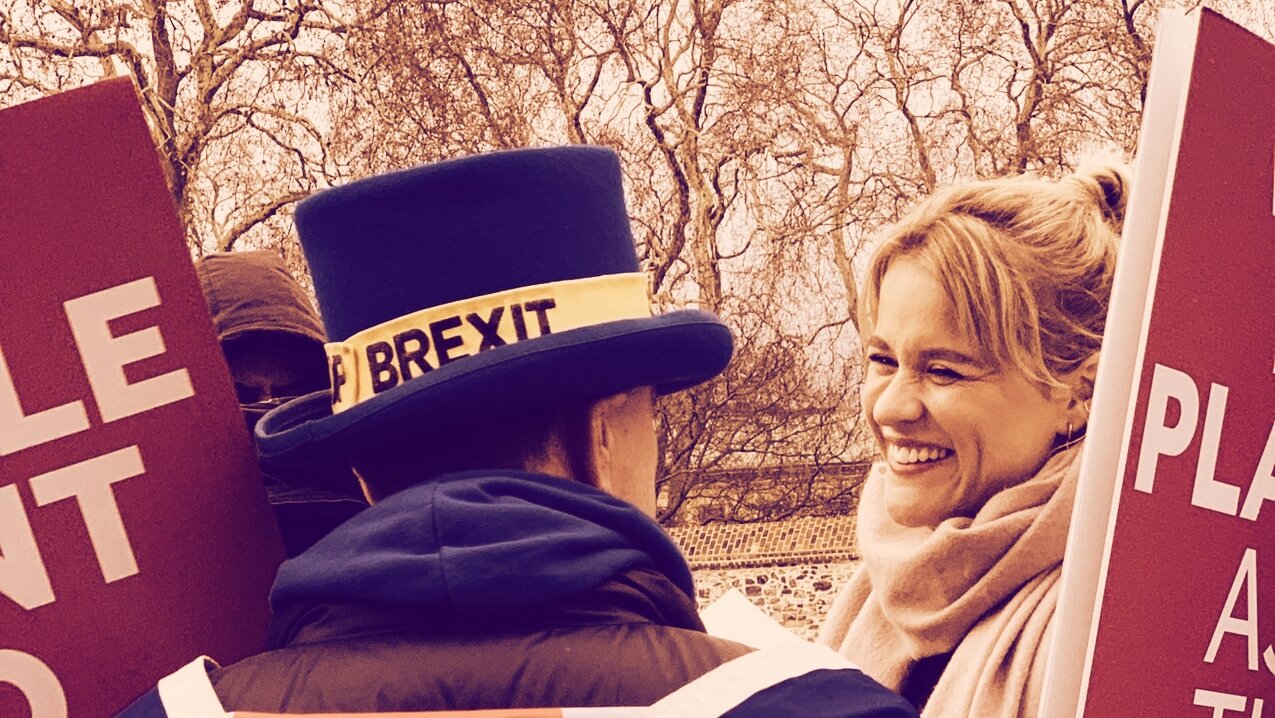 Brexit might be, may be coming to a close. With the announcement that the British government has reached an accord with the EU earlier this week, all eyes are on ‘super Saturday’–the debate in the Houses of Parliament which would decide the UK’s fate on October 31. As a result, we decided to look back at how, if anything this seismic shift in European politics has affected the price of the British pound, gold, and of course, bitcoin.

It all started on 24 June 2016, the day after the shock win for the Leave campaign. With the public choosing to vote 51.9% in favor of Brexit, the pound nosedived—nearly 8% against the US-dollar, 13% against gold—and finally a mammoth 20% against Bitcoin.

On that day, the market cap of Bitcoin surged to reclaim its $10 billion valuation. Prior to Brexit, the digital asset had been steadily growing in value since it fell to a market cap low of $2.9 billion in January 2015. Since that low, the cryptocurrency rocketed over 300% in 18 months, as the network eagerly awaited the project’s next supply halvening—from 25 to 12.5 new Bitcoin’s every 10 minutes.

The 12% rally for Bitcoin against the dollar that day was facilitated by around $120 million worth of daily trading volume to take the decentralized asset to a high of $660. Back in mid-2016, the most liquid GBP market was the London based Coinfloor exchange. According to data from TradingView, the exchange did around 772 Bitcoins’ worth of volume that day, valued back then at around $4.9 million.

After the pound hit a momentary high of $1.5 against the dollar on the night of the vote, the British national currency fell by around 20% over the next 8 months. After hitting a low of  $1.2 in March 2017 the pound rallied 6% in a 4-week period, as the UK Parliament finally voted to activate Article 50 and begin the UK’s two-year countdown to negotiate its exit from the single market.

In the same mid-March to mid-April 2017 period, Gold also saw its own price rise by around 7% against the US dollar. The same cannot, however, be said for Bitcoin. Back in March 2017, having started the year around $1000, Bitcoin had gone on to hit a then all-time high of $1300, based on the expectation that a Bitcoin ETF may potentially be approved. With the rejection confirmed on the 10 March 2017, the digital asset subsequently crashed to a low of $888, at exactly the same time that the EU departure was being confirmed into UK law.

A game of two Brexit halves

With the countdown clock now ticking to leave the EU, the pound managed to rally 15% over the next 10 months. The rally was aided by the government’s majority party retaining its control during a snap election on June 2017, and the subsequent departure deal the UK government was putting into place with the EU.

Over the same 10 months, Bitcoin had rallied from the March 2017 low of $888 to hit a high of $20,000 in December 2017. The 2200% rally was fueled by the launch of two US-regulated bitcoin futures markets, and a surge in speculation around altcoins and continued coverage in the mainstream media. While the pound and bitcoin saw increased volatility, gold was pretty much flat during the same 300 day period, leveling out around $1350—around the same level following Britain’s initial vote to leave the EU.

As the UK’s Brexit negotiations with the EU deteriorated, so did the Pound against the US-dollar. Between April 2018 to the current day: the EU’s deal was rejected by the UK parliament (January 2019), UK’s Prime Minister Thersa May was forced to ask for a Brexit extension (April 2019) before finally resigning (May 2019), to then be replaced by Boris Johnson (July 2017).

In the final period of analysis, over the last 7-days, based on the Prime Minister securing the endorsement of his Brexit plan at the EU summit, the pound has come back strong to rally almost 6% against the dollar to climb back up to $1.29. Over the same one week period, Gold has fallen 0.4% with bitcoin also down around 4% on the week.

The conclusion from all this seems to be that apart from the shock of Brexit vote, gold and the world’s biggest cryptocurrency seem pretty unaffected by the pounds near-constant volatility over the last 3 years. According to data from FiatMarketCap, the M3 money supply of the Great Britsh Pound is around $3.6 trillion. That money supply is smaller than the physical market cap of gold—around $9 trillion today—but a long way short of Bitcoin’s market cap that is over 25 times smaller at just $143 billion today.

Since the day of the initial vote for Brexit, the market cap of Bitcoin has risen by 1400% or $133 billion. In the same period of time, the cryptocurrency’s daily trading volume has rocketed a gargantuan 83 times—from $120 million to over $10 billion. For Gold, the overall change is up 13% or around $1 trillion in market cap. In comparison, the Pound is currently down around 15% from the day after the vote. It’s been a volatile couple of years for all these assets, but for Gold and Bitcoin’s sake, let’s hope a potential canceled Brexit doesn’t end up reversing all those gains.