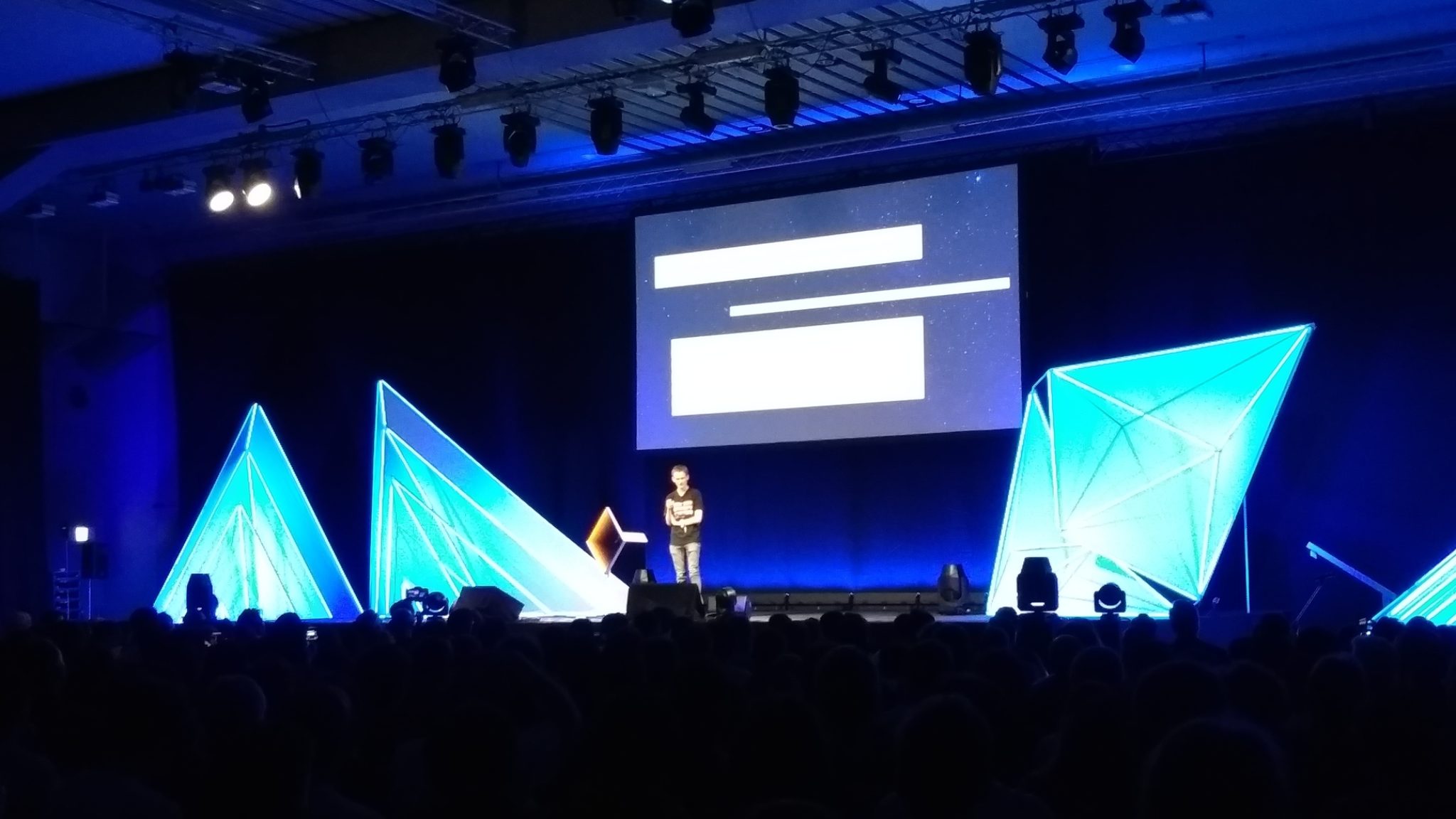 OSAKA, Japan—Ethereum cofounder Vitalik Buterin claimed today that Ethereum will run on a more secure consensus mechanism than Bitcoin when it moves to proof of stake over the next few years. In his keynote address at Devon 5 here, he said that the new consensus mechanism will make it safer, by making attacks against the network more costly to run.

Ethereum, one of the most ambitious blockchain platforms, is undergoing huge changes over the next few years that should make it scalable, and able to support many more users. To do so, it’s changing from proof of work (where miners use computational resources to create new blocks) to proof of stake (where people put up a chunk of funds as collateral while they keep the network running).

The roadmap will take several years, which is a lifetime in the volatile and fast moving crypto space. But, Buterin maintains, it will be worth it—not just for scalability, but for security too.

Speaking to a 400-strong, packed-out crowd, Buterin spent the first five minutes of his speech talking about Bitcoin, and paid homage to its pseudonymous inventor, Satoshi Nakamoto. Satoshi created a kind of “crypto-economics” to incentivize people networked around the world to keep a blockchain running. Part of Satoshi’s genius was the notion that if someone wanted to crash the system, they’d have to pay dearly for it. Assuming rational actors who want to keep their money, the scheme made a lot of sense.

But there’s a problem, Buterin said.

“What about attackers who have a really large, extra protocol incentive, or just want to watch the world burn? Could be a government. Or hackers that want to have some fun. The critique here says we’re assuming we have these participants motivated by economic incentives. What if there are people who just want to break the thing regardless?” Buterin said.

So how will proof of stake make an attack more costly?

Instead of miners creating new blocks, the network is run by people known as “validators.” These validators voluntarily lock up a bunch of their funds, using smart contracts, in a process known as staking. The more ether (Ethereum’s native cryptocurrency) they lock up, the more blocks they can create, and the more rewards they can gain. But, the more they can lose, too.

And this is where the blockchain needs to be resistant to nefarious actors who want to create blocks with incorrect transactions. Buterin referred to the hypothetical bad guy as “Evil Smiley Face Guy.”

PoS introduces a system where validators can be questioned. There’s a period of time after a validator creates a new block in the chain when anyone can “challenge” it. If a challenger can prove a block was illegitimate, Evil Smiley Face Guy loses his staked funds—and a portion of them are sent to the challenger.

“The challenger can submit a transaction that points to [the block in question]. That calculation runs on the blockchain. The blockchain’s like, ‘wait the actual answer is 256 and this guy submitted 250 so this guy’s wrong.’ The original guy’s deposit is destroyed and part is given to the challenger,” Buterin said.

“Satoshi created a really interesting and great thing,” Buterin said, “and now we can build great things on top of it.”