The price of Bitcoin fell after Jerome Powell said the Federal Reserve will maintain its current monetary policy but keep an eye on bond yields. 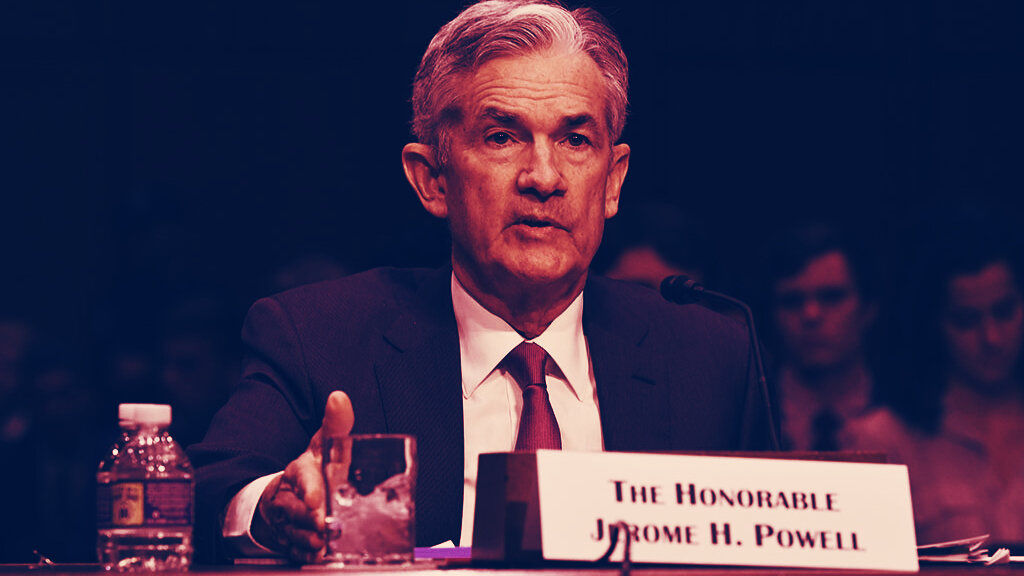 At The Wall Street Journal Jobs Summit today, Federal Reserve Chairman Jerome Powell indicated that the US central bank will hold tight to its current monetary policy—despite signs that it’s becoming more expensive for people and companies to borrow money.

The Dow Jones is down over 1% on the day on the news, and Bitcoin has fallen 5% in the last 24 hours. Treasury yields continued to rise.

Powell’s remarks come with spring just around the corner and coronavirus, potentially, on its heels. People are expecting the economy to improve as the vaccine rollout picks up steam and Covid restrictions (either government-mandated or self-imposed) begin falling. Not just in the short-term, but in the long-term as well. As a result, the cost of borrowing money is going up as demand for credit increases.

If you’ve heard about increasing yields on 10-year Treasury notes, that all plays in. Treasury notes are bonds the federal government sells to investors, who essentially lend the government money in return for a small yield.

Typically, as yields increase, it signals investors are becoming more confident with the economy because they’re looking for investments that pay way more than the current rate of 1.55%. Yields increase as demand decreases.

Well, yield increases also indicate that inflation, the bugaboo of Bitcoin maximalists, may be coming. The Federal Reserve doesn’t have any intention of making a change, however. Inflation is the whole point because a small bit of theoretically helps the economy grow.

“Today we’re still a long way from our goals of maximum employment and inflation averaging 2% over time,” Powell said, indicating the Fed wouldn’t try to depress yields by buying even more Treasury notes than it already does.

Instead, Powell said, the Fed would keep an eye on rates. “If conditions do change materially the [Federal Reserve] is prepared to use the tools that it has to foster achievement of its goals.”

“I don't think anyone expected him to come out and say ‘Hawk! We're raising rates!’” ETF Trends Chief Investment Officer & Director of Research David Nadig told Decrypt. “I seriously doubt you'll find a bond trader who will say that he sold a bunch of his 10 year position because of a specific thing Powell said.”

The same might not be true for cryptocurrency investors, who have looked to Bitcoin as a hedge against inflation.

The Fed’s monetary expansion has been good for Bitcoin, and cryptocurrency traders might’ve hoped for more of it. Since the end of March 2020, when the Federal Reserve began increasing its balance sheet by several trillion dollars, the price of Bitcoin has shot up from below $6,500 to its current price of $48,000.