Yesterday's abrupt departure of two Facebook execs over the social network's purported encryption plans is alarming. Will Mark Zuckerberg's embrace of crypto bring us to the promised land? Or hasten our descent into dystopia? 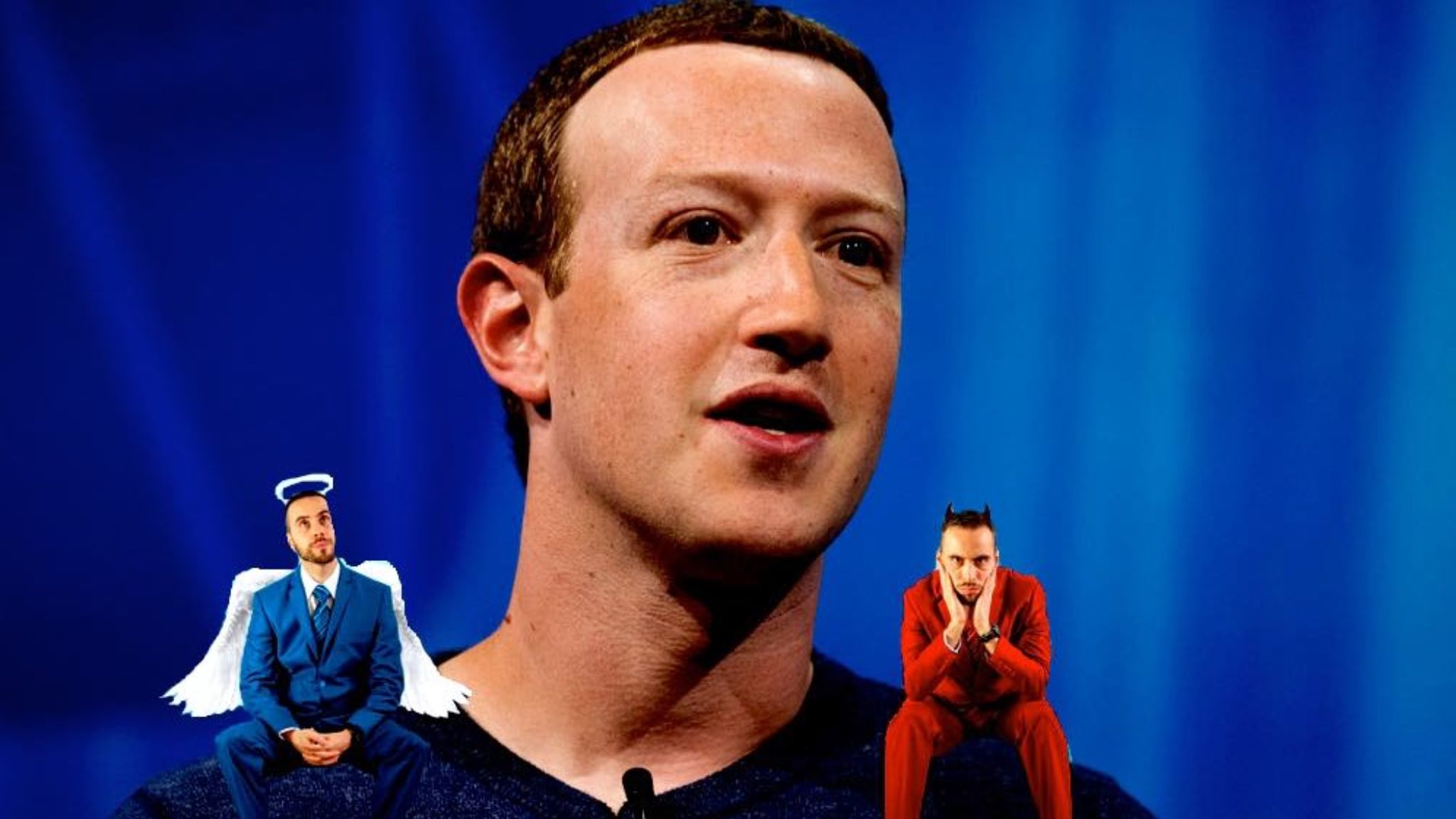 It’s becoming clear that the most sweeping—and contentious—change in Facebook’s storied history is unfolding right now. And it looks like it’s all about crypto.

Yesterday, two of the company’s most respected execs departed. Per Recode, they quit because they’re adamantly opposed to Mark Zuckerberg’s wholehearted embrace of end-to-end encryption, and what that will mean for the social network. Facebook, the once all-too-public, town square of the world, appears to be turning into something more akin to Telegram, where the most interesting stuff happens behind closed doors. And that bugs some people.

It also raises more questions than a flying-saucer sighting.

As Andreessen Horowitz co-founder Ben Horowitz said in a tweetstorm yesterday, “If a social network is truly private via end-to-end encryption as Mark Zuckerberg specified, nobody including Facebook or the U.S. Government would be able to monitor it for hate speech and other violations. Essentially, Facebook would be flying right into the face of some of the current backlash against them.”

Zuckerberg laid out his privacy-focused vision on March 6 in a 3,200-word blog post, where he promised to deliver end-to-end encryption, secure data storage and some of the other promises of the crypto age. He said Facebook will “build more ways” for users to interact in a secure and private ecosystem, “including calls, video chats, groups, stories, businesses, payments, commerce, and ultimately a platform for many other kinds of private services.”

Putting aside the most obvious issues—Facebook becoming even more of a haven for hate and other kinds of “bad” speech—what about its advertising business? It’ll be trickier (though not at all impossible) to targets ads against users, especially when more of what they do is cloaked in encrypted anonymity.

I suspect that advertising will still be a big revenue stream, but that a native cryptocurrency will be a big part of Facebook’s vision. That could offset some losses from the ad business.

Indeed, Barclays analyst Ross Sandler said this week that a native cryptocurrency could generate Facebook $19 billion in revenue by 2021. (By comparison, Facebook brought in $55 billion via ad revenue in 2018.)

A monopoly on money

With decentralization in mind, there is a high probability that Facebook might consider Facebook Coin as a way to offer a decentralized method of banking and processing transactions between users. Sandler, among others, speculated that the social network has its eye on creating a real, viable stablecoin.

Facebook is said to be developing a group of stablecoins that represent the value of many fiat currencies, such as the U.S. dollar and the euro, which users can utilize to move funds from and to Facebook bank accounts.

My thought is that Facebook would charge transaction fees (or some sort of fee) to users for using stablecoins on the platform and maintain that as a stable source of revenue.

So what are the downsides?

As an example, if a user in the U.S. receives $100 from another user using Facebook Coin, Facebook could charge a fee when the user decides to cash out the $100 received using the stablecoin to a bank account.

People familiar with the project have said the overhaul of Facebook’s messaging system alone could take over a year and as such, the strategy of Facebook to potentially integrate stablecoins into its platform may very well be a multi-year process.

But let’s say that it does indeed tie its fortunes to a stablecoin, sooner rather than later. The last thing Facebook needs right now is more heat from the U.S. government. And lately, the SEC has been looking into stablecoins and finds the whole thing a bit… questionable.

Facebook clearly sees the pros outweighing the cons of encrypting the entire platform and integrating a native cryptocurrency.

Horowitz and others believe that the exit of longtime executive Chris Cox is a sure sign that Zuckerberg is going ahead with his plan to encrypt the platform. They clearly saw something they didn’t like.

For the rest of us? We simply don't know whether this will be good for crypto or not. Those of us who’ve been watching this space for a while can’t help but feel a tiny bit optimistic—the mass adoption that a goliath like Facebook could impose has the potential to do very good things in the world. Among other things, it could:

But if Zuckerberg & Co. aren't careful, it could do the opposite:

At this point, all we can do is watch and wait—and sound a loud alarm if we see things going wrong.