ConsenSys Web3 Studio unveils a new class of token that allows bands to profit from bootleg concert videos. The project gets a test run during a live concert at the Ethereal SXSW Blockchain House on Wednesday night. 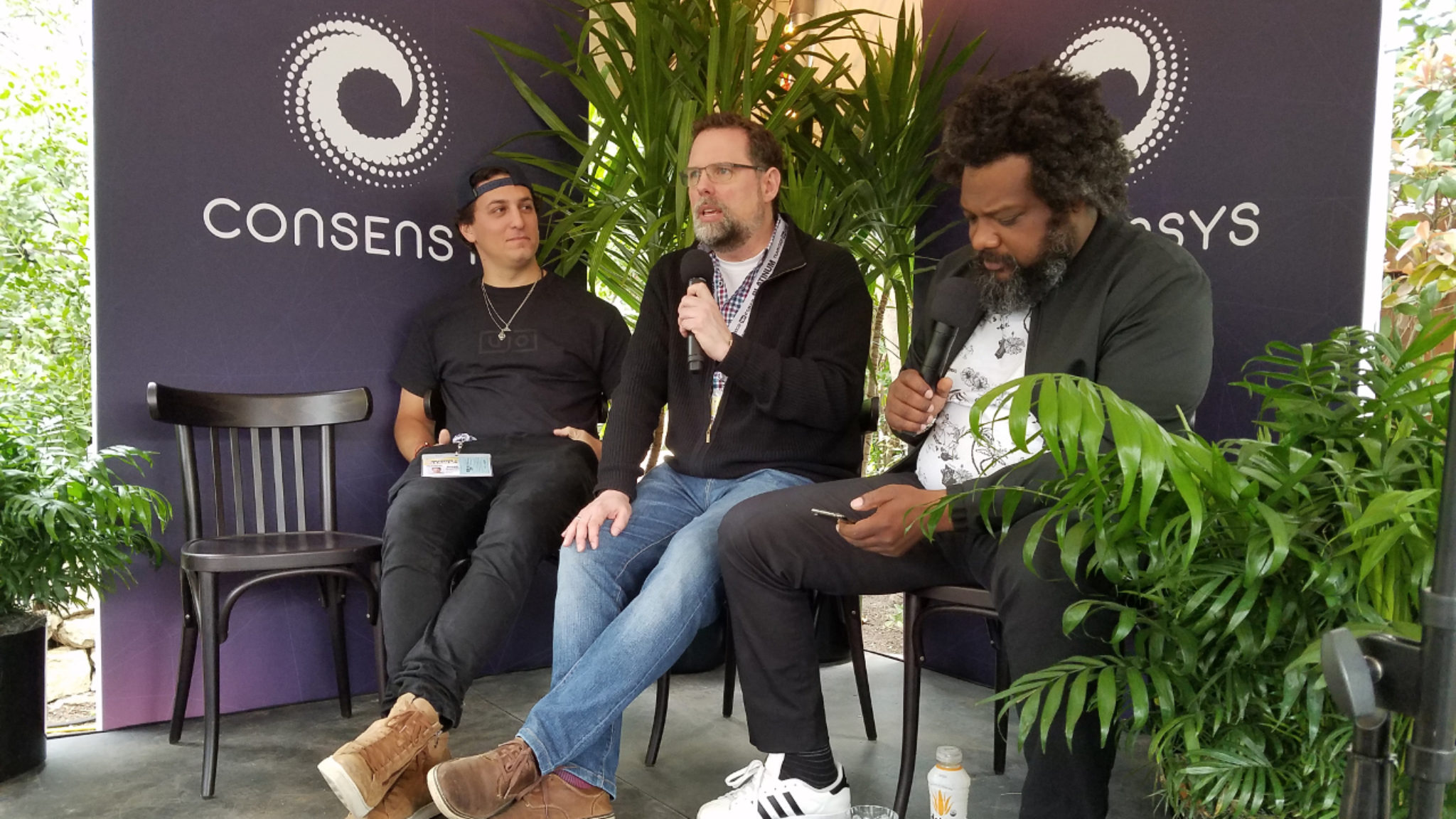 The music industry is broken. Can blockchain help fix it?

On Monday, the Ethereal SXSW summit tackled this question during a panel discussion on the “Future of Music.”

The biggest problems with the music industry, said Jessie Grushack, cofounder of “decentralized music ecosystem” Ujo, are a lack of innovation and the fact that artists have lost all power to streaming platforms like Spotify. “Artists are still at the bottom, [even though] they’re still the people filling up these platforms,” he said.

Spotify’s royalty payouts are notoriously low—ranging between $0.006 to $0.0084 per spin of each song—but a bigger problem may be the inability of artists to connect directly with consumers within these models.

John Wolpert, a new-venture development executive at the ConsenSys Web3 Studio, tells Decrypt his team believes it has developed a way to address both issues. (Obligatory disclosure: ConsenSys funds Decrypt.)

The project is called Bootleg, and it revolves around the creation of a new kind of blockchain-based asset: the "shared royalty, non-fungible token," or SRNFT.

Fans of CryptoKitties or other blockchain gaming platforms will no doubt recognize the term as an extension of the ERC721 non-fungible tokens (NFTs) used for crypto collectibles. The idea behind SRNFTs is similar, with each token representing a unique digital asset—but with one important twist: the token allows multiple parties to become “franchisors” of the asset, and earn a royalty each time the token is sold.

Wolpert, cofounder of IBM Blockchain and Hyperledger, says SRNFTs can support any shared royalty business model—anything from gaming to oil and gas—but they have particularly interesting implications for the music industry, which is where they’ll get their first test run.

“What if you could take your bootleggers, the people who are bootlegging your concert, and create a way to make money on that, but not in such a way that would cannibalize your mass market business?” asks Wolpert. “And what if we created an asset that was so scarce and so valuable that it made money on a very small number of users?”

Here’s how it works: you go to a live concert and record a video of the band—any device will do, including your smart phone. “You submit your footage to the band, and the band mints you a set of tokens and your encoded video file, which is not on the blockchain, because that would be stupid,” says Wolpert. (The file has to be easily sharable, so it wouldn’t make sense to put it on the blockchain, he says. It’s only the royalty rights to the file that are being recorded on-chain.)

The Bootleg tokens then give you the right to sell the video to a small number of people—you make some money on the sale, and so does the band, based on the royalty agreement memorialized with the token. Everyone who buys the token from you then gets to sell it a specified number of people as well—and so on. In the end, everyone who has ever owned the token—and most importantly, the band—gets a piece of each sale.

The point, however, isn’t for Bootleg tokens to become an artist’s primary source of revenue. It’s a way for musicians to extract more value from live performances, which is where bands are making most of their money these days, says Wolpert, without competing with their own traditional mass-marketing strategies like selling records. It gets “repeatable, scalable business models back into the hands of the artists, and not just the distribution system,” he says.

But beyond that, Wolpert believes SRNFTs carry the potential to create micro-communities of fans united by not just a mutual adoration of a particular artist, but a unique, shared experience. It’s the reason why the scarcity marketing model behind Bootleg tokens is being tested with live events. What’s more scarce than a distinct moment in time in which your favorite band played a specific song in a very particular way?

“If the purpose is to create a micro-community around a shared asset—an experience—we all share this one rare object,” says Wolpert.

The Bootleg team will get its first chance to test it all out in the wild this Wednesday evening at the ConsenSys Blockchain House on Austin’s East 3rd Street during live performances by the LA-based outsideOutside and Austin’s own Pretty Little Thieves.

Everyone at the show will have the opportunity to record the bands, submit their videos, and become the very first Bootlegger. It’s a trial run, so only one video will be selected and one token minted—but it does carry the potential to earn some real dough.

Wolpert says they only plan to trade the token three or four times among friends as a way to demonstrate a “proof of principle” and get developers on board—and that’s really what it’s all about at this stage, the launch of Bootleg’s “open-source community.”

The Web3 Studio product exec is particularly keen on getting developers to turn out to Wednesday night’s concert and is offering “VIP passes” to the builders that do. “An outstanding success for us is two things: a bunch of developers forking the code; and people stepping up to maintain it.”

If the project proves successful, the hope is that others will step up to build business around it. “Our mission is to instigate—to catalyze, and then get out,” says Wolpert.

“This is an opportunity to build a business, and ConsenSys will do nothing but help you if you want to build this,” he says. “We’re always looking for companies to back. So if somebody got behind this, or if 20 people got behind this, we want to know.”