The history of Bitcoin is full of scandals, hacks and false friends. Here are the ones that defined an era. 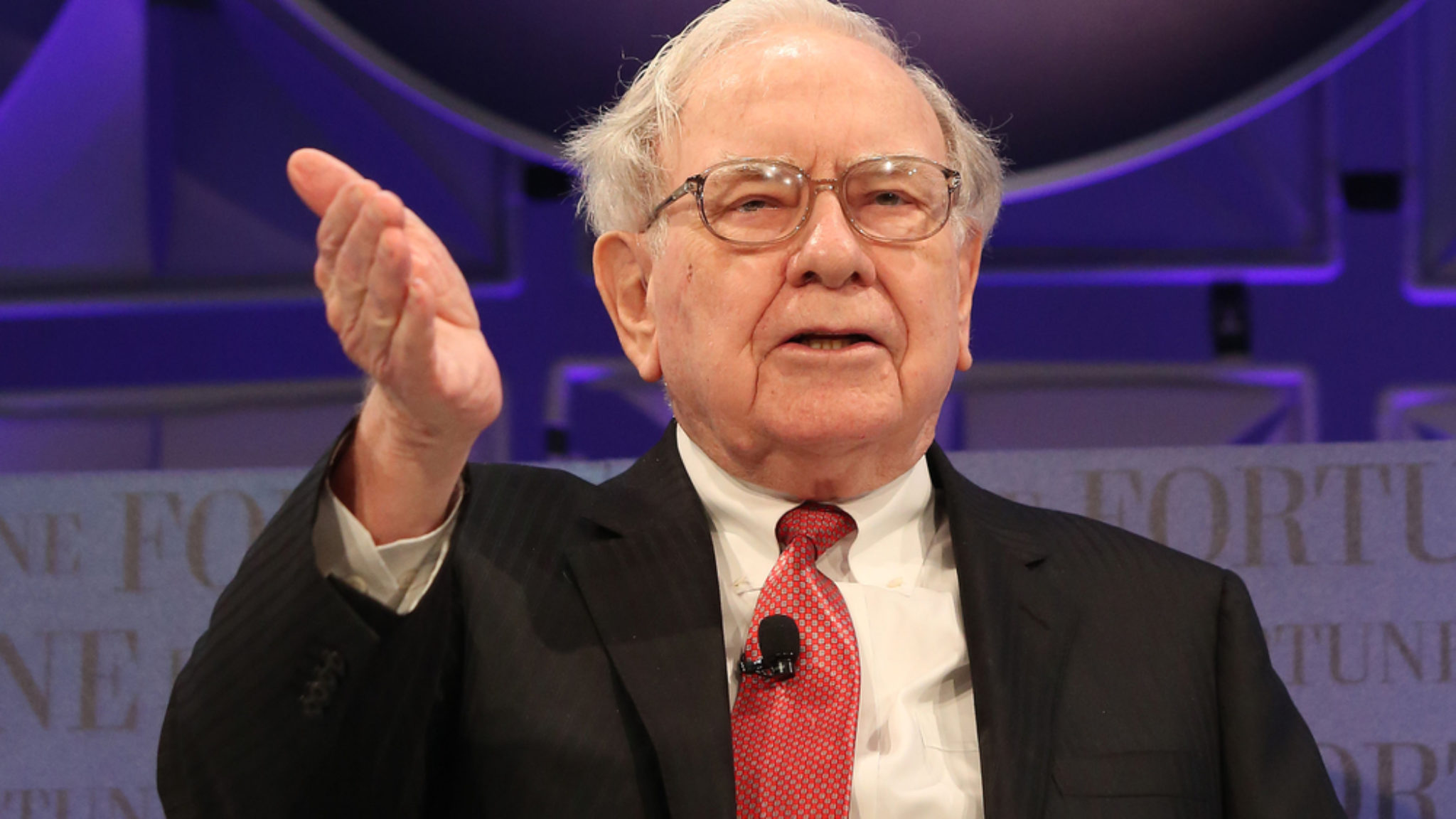 Bitcoin has caused quite the storm over the last ten years. Since its inception in October 2008, the crypto has been more controversial than Eminem, used to buy more drugs than Snoop Dogg and responsible for more money laundering than, well, not banks—they’re much worse. Which is kind of funny: Given that the idea of the world’s first, real digital currency sounds pretty prosaic, the story of Bitcoin has been surprisingly dramatic.

Here are the most defining moments in the history of Bitcoin:

Crypto OG Nick Szabo proposed the BitGold system on his blog on December 27, 2008, which was a radically new idea for digital money. It has major similarities to Bitcoin, as expressed in the Bitcoin whitepaper. For a start, it has a limited money supply to protect against inflation, it uses "proof-of-work" to create new blocks, and it avoids the need of a trusted third party. Even the name is similar. This has led some to believe Szabo is Satoshi Nakamoto, the inventor of Bitcoin.

Media: You can read the proposal here.

The Bitcoin whitepaper turned years of research into something concrete. Photo Credit: Bitcoin.org

The birth of Bitcoin. On a cryptography mailing list at metzdowd.com, Nakamoto published the Bitcoin whitepaper, setting down an ingenious system for peer-to-peer electronic cash. In January, 2009, Nakamoto released the Bitcoin software, having been writing the code for it since 2007. Since then, the whitepaper has been translated into 19 languages. The first Bitcoin block was mined on January 3, 2009 and contained a headline from the Times magazine that reads, “Chancellor on brink of second bailout for banks.” Looks like the banking system hasn’t changed much.

Media: You can read the whitepaper here.

Hal Finney was a pioneer in the history of Bitcoin. Photo Credit: Wikipedia

Hal Finney was a cryptographer who was among the first few people to start mining Bitcoin. He received the first Bitcoin transaction from Nakamoto—one data point among many that lead many to believe he was, in fact, Nakamoto. Finney was diagnosed with ALS, also known as Lou Gehrig’s disease, in 2009, just two months before Nakamoto disappeared forever. He died in 2014 and his body was cryogenically preserved by the Alcor Life Extension Foundation. In a post on BitcoinTalk, he said, “I have always loved crypto, the mystery and the paradox of it.”

Have you ever looked back on a meal and thought to yourself, that was expensive? This would certainly be there case for Laszlo Hanyecz: He  traded 10,000 Bitcoin to someone on BitcoinTalk to get them to have delivered to him two Papa John’s pizzas. At the time, Bitcoin was all but worthless (10,000= $41.) Now it would be worth $38 million. Why did he do it? “I just think it would be interesting if I could say that I paid for a pizza in bitcoins,” he wrote in a follow-up comment. You’d think someone would learn from doing something like this but oh no, just last year, he did it again.

Media: You can see the original pizza post here.

The Winklevoss twins say they own 108,000 Bitcoin

Just after Facebook co-inventors the Winklevoss twins announced how much Bitcoin they owned, the price of dropped 60% to $105. (Prompting Business Insider to observe  that it must be a "tough time" to own so much cryptocurrency.) That amount of Bitcoin is now worth $410 million. (Must be a tough time to be so rich.) This iconic image was taken much later as they met with Jihan Wu, head of Bitcoin mining giant Bitmain. Let’s hope that this time, they don’t get Zuckerberged.

Do you have weak hands? Photo Credit: BitcoinTalk

Have you ever been so drunk you mistyped something three times —and sparked a meme that would define a movement? No, us neither (even Ben.) But, one trader did, in 2013, posting on BitcoinTalk that he was done with trading and planned to just wait it out long term. At the time Bitcoin was worth $644 so, presumably, it paid off. But the typo has subsequently become the rallying cry among people who believe it’s better to hold onto their Bitcoin rather than spend it. We think that's a bad idea—spending Bitcoin will ensure its adoption and cause the price to increase more than holding.  Indeed, here’s our guide of where you can spend Bitcoin everywhere.

The Mt. Gox funds have been held up in legal limbo ever since. Photo Credit: Shutterstock

Back in 2014, Mt Gox was pretty much the only Bitcoin exchange, handling some 70% of all transactions. That made it a ripe target: it was hacked and lost 740,000 Bitcoin ($460 million). Nowadays, exchange hacks are all too common. Just last year, Coincheck lost 500 million NEM ($500 million) and Coinrail lost a variety of cryptocurrencies worth $40 million. Still the Mt. Gox mystery remains one of the most legendary crypto hack of all time.

Will the real Satoshi please stand up? Photo Credit: YouTube

It sounded too good to be true:The inventor of Bitcoin, who went to such great lengths to keep his identity a secret was actually living in plain sight. Indeed, Newsweek tracked down a mathematician named "Dorian Satoshi Nakamoto," who confusingly admitted to being the inventor of Bitcoin. (He though the Newsweek reporter was referring to a government program he had once been involved in.) Well, it turned out that this Nakamoto actually nothing to do with the invention of Bitcoin. (Though he had attended a Bitcoin meetup with Nick Szabo, among others.) This was either a red herring or confirmation that Szabo is The Dude, depending on your belief system.

Craig Wright has “proven” he's Satoshi Nakamoto more times than there are nodes on the Bitcoin network. And yet, he hasn’t provided a shred of real evidence. In fact, there is even an app that lets you create identical “proofs,” so you too, can be Satoshi. In other words, Nakamoto remains anonymous.

Media: WIRED published this story full of clues in 2015, Craig Wright came out to the BBC in a now-deleted post in 2016 and then reaffirmed his stance again and again including this time in 2018.

A dude holds up a “Buy Bitcoin” sign in Congress

Why didn't you listen to this guy? Photo Credit: YouTube

Sometimes all you need is a sign. And this time, it was in the form of a yellow notepad with “Buy Bitcoin” written on. The image was broadcast live from Capitol Hill, and fro that moment in July, 2017, the price of the crypto climbed eight times higher, to its peak in December, 2017. Even now, despite its steep plunge, Bitcoin is nearly double its price back then. What did this guy know that we don’t?

Bitcoin Cash is formed from Bitcoin

Should the B be falling backwards or falling forward? Photo Credit: BitcoinCash.org

Is Bitcoin Bitcoin or is Bitcoin Cash Bitcoin? It’s hard to tell. In August, 2017, two mining pools ViaBTC and BitcoinABC decided to create a fork of Bitcoin called Bitcoin Cash. In this version, there are larger block sizes, allowing the network to handle more transactions. But it would later suffer the same fate as the original Bitcoin, when it too split in two. Bitcoin Cash and Bitcoin SV were the result, and both networks have struggled to reach the peaks of the original fork. We wish it the best of luck.

A new protocol increases the Bitcoin block size when needed

Should Bitcoin have a block size limit of 1 MB? It’s a fairly simple question, but one that’s caused years of controversy. The limit was designed to deter spam and it stops the Bitcoin blockchain from becoming too bloated, but the side effect has been higher fees and fewer transactions. Segwit was introduced to allow the network to cope with more demand but it has taken years for it to be widely adopted. It lets the block sizes rise above 1 MB when necessary, keeping transaction fees low.

You know that chirpy feeling when you invest in a Ponzi scheme early and start making outrageous sums of money? Well it’s best not to let those emotions out on stage in front of thousands of people. That's what investor Carlos Matos did after buying Bitconnect and starting to make $100,000 a week. He became an Internet meme with his shouts of “NO NO NOH” and “WASA WASA WASUP?” Bitconnect was eventually shut down amid claims it was a Ponzi scheme. The FBI is reportedly investigating.

Media: You can watch it here.

Longtime Bitcoin proponent and self-made millionaire, Roger Ver, likes getting his own way. So much so, that when Bitcoin enthusiast John Carvalho kept referring to Bitcoin Cash (a flavor of Bitcoin Ver created) as “BCash,” Ver got angry, flipped the bird and ended the interview. He later apologized—but not for creating Bitcoin Cash.

Media: You can watch it here.

Do not mortgage your house to buy Bitcoin. Photo Credit: Shutterstock

Imagine investing in Bitcoin when it was $1 only to see your investment rise two million percent. Had you held on, you would have hit $20,000. Billions of dollars poured into the crypto market in 2017, creating a speculative bubble that started to crash shortly after the beginning of 2018. By lastyear's end, the price of Bitcoin had fallen by 85 percent. As mentioned, plenty of people are still hodling, with bulls saying the best is yet to come. (If you’re one, please make sure you don’t throw away your hard drive.)

Media: Here is just one article that covered it.

You’d be forgiven for thinking the guy in the middle had lost his pants—or couldn’t afford any. In fact, he’s Changpeng Zhao, the CEO of crypto exchange Binance, which recorded profits higher than Deutsche Bank early last year. In this moment, he has signed a deal with Bermuda’s premier E. David Burt. However, some eagle eyed viewers noticed that these sorts of shorts are actually considered fine, per Bermuda's formal dress code. So never mind.

Warren Buffett is a Bitcoin hater. Last spring, the Sage of Omaha said that Bitcoin is “probably rat poison squared.” Did his position soften this week when he allowed that blockchain is “ingenious?” No it did not.  He said it is attracting cheats, and told CNBC: “You can stare at it all day, and no little Bitcoins come out or anything like that. It’s a delusion, basically.”