What the fork is Constantinople?

Ethereum’s latest upgrade will bring a raft of technical improvements. 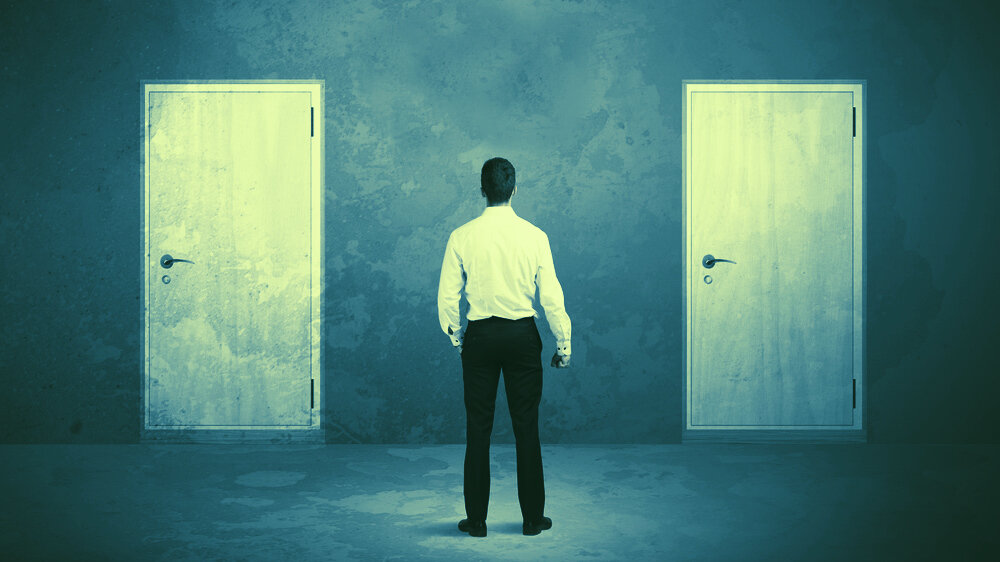 Will all Ethereum miners choose the same door?

Time for another Ethereum hard fork. But no, this doesn’t mean free ETH--and anyone telling you otherwise is probably selling a scam. So what is, a hard fork?

A hard fork is a change to the code of a cryptocurrency in a similar way to how apps upgrade. The main difference is that miners—who create new blocks—have to unanimously accept it. If there’s a split in opinion, it could result in two chains, known as a split. But, in this case, the hard fork seems widely supported meaning everything should go smoothly. This is known as a non-contentious hard fork.

There are other schools of thought over the name. Vitalik Buterin, co-founder of Ethereum, wrote on Twitter that such hard forks should simply be called network upgrades. And this, in fact, would be easier for the uninitiated to understand—meaning fewer people caught out by the scammers. Some, inevitably disagree, but regardless, let’s examine this non-contentious-hard-fork-network-upgrade-malarky and see what it means for the everyday holder of ETH.

For a start, you probably won’t have to do anything. Unless you are a miner, you can just leave your Ether where it is. If you are a miner, however, you’ll need to run the network upgrade—unless you object and want to stick with the old chain, then good luck to you, sir. The hard fork will take place at block 7080000, estimated for Wednesday night (UTC), you can watch the countdown take place here.

So, what will the upgrade actually do? This hard fork will bring in five nifty changes to improve scalability, while reducing many costs. It’s a little technical, so bear with us.

Number one, is EIP 145. This is an efficiency improvement written by two ethereum developers, Alex Beregszaszi and Pawel Bylica. At present, certain functions of smart contracts deployed on Ethereum are expensive as they require a lot of calculation by the miners, costing the developer 35 GAS, or roughly $70 a pop. This is because Ethereum only supports certain types of computer programming arithmetic, called Bitwise. This particular improvement will increase Ethereum's capacity, and reduce the cost down to just 3 GAS ($6).

Number two, is EIP 1052. Led by Nick Johnson and Bylica, this also tackles smart contracts, making it faster for them to verify other smart contracts by using a hash—a cryptographic representation of the contract—instead of its entire code. By introducing this improvement, called a new ‘opcode’ in developer circles, this reduces the GAS needed to verify smart contracts, as well as making the process faster.

Number three, is EIP 1014. Developed by Buterin himself, this is an upgrade called CREATE2 which we covered in detail here. This is the first step for making Ethereum capable of supporting state channels. These are an off-chain scaling solution--where transactions aren’t logged on the main blockchain. It is a bit like a bar tab, once the final transaction has been made, the resulting balance is settled by being verified on the blockchain. It could reduce the amount of load placed on Ethereum and is already being used by such applications as SpankChain.

Number four, is EIP 1283. Also written by Johnson, its full name is “Net Gas Metering for SSTORE Without Dirty Maps.” This is aimed at tackling excessive GAS costs for SSTORE operations—a form of storing information on the blockchain. In an article by Hackernoon, 97% of costs triggered by one part of an Ethereum transaction are caused by SSTORE operations showing that this new upgrade will be very welcome.

The final EIP is 1234. This one is a bit of a head-scratcher. It delays the difficulty bomb for a period of 12 months and reduces mining rewards from 3 ETH to 2 ETH. This is both good and bad for miner’s pockets. The difficulty bomb is a fancy term for increasing the mining difficulty, making it take longer for blocks to be mined—which would decrease the amount of income miners receive. This has been on the horizon since Ethereum’s former chief commercial officer Stephen Tual mentioned it on a blog in 2015 but now it’s finally being rolled out. This is causing quite a stir in the mining community.

Reducing the miner rewards by a third will cut mining revenue by the same amount. Many miners have already stopped mining due to the price of Ethereum having dropped from its peak price near $1,300. The collective amount of mining power on the network—known as the hashrate—has dropped 40% since August. Unless the price of Ethereum recovers, there may be more miners jumping ship. Let’s hope they still decide to follow the hard fork rather than team up and make their own decisions. Otherwise semantics will be the last of our worries.