The growth in the number of Bitcoin whales is in decline. Glassnode thinks that this could spark another bull run.

The growth in the number of Bitcoin whales is slowing, according to crypto metrics site Glassnode.

In a “The Week On-Chain” report, published today, Glassnode showed how the growth of the  number of Bitcoin entities—clusters of addresses that Glassnode assumes are controlled by the same person or organization—holding more than 1,000 Bitcoin ($11 million) slowed down all throughout September. 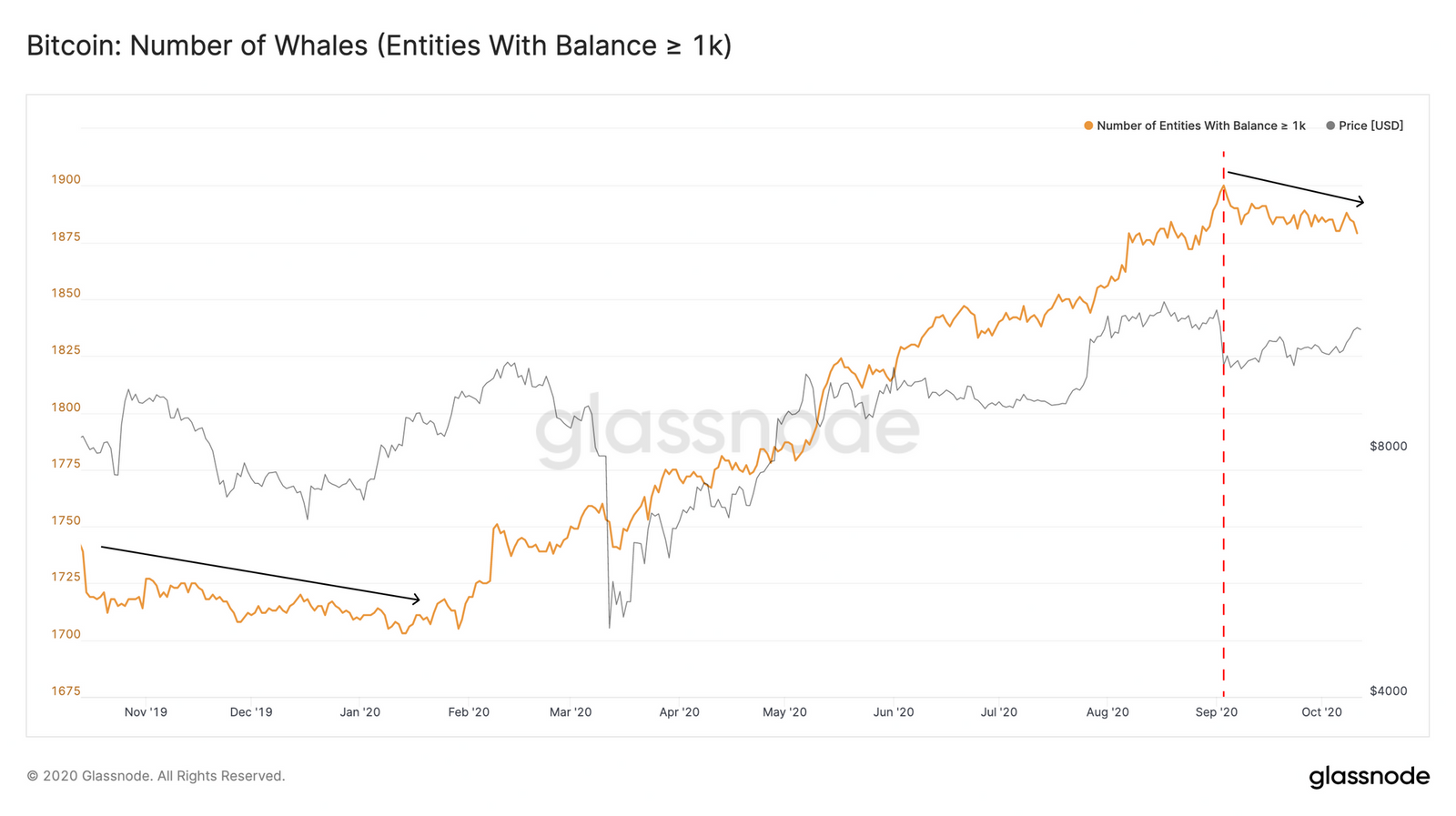 Things were going well all year for whales—entities holding more than 1,000 Bitcoin has “has been growing consistently, showing trends similar to 2012 and 2014-15,” said Glassnode in its report. But things turned sour these deep-pocket Bitcoin holders in September, when growth slipped. The last time the number of Bitcoin whales has steadily decreased was in the last quarter of 2019.

So, what does all of this for the Bitcoin market? Glassnode said that, “contrary to popular sentiment which says that sell pressure from whales drives the price down,” this is good for Bitcoin.

Looking at data since 2010, Glassnode identified the following trend: “The start of a decline in the number of BTC whales has often signified increased interest from retail investors and the beginning of a run up to a market top.”

So, good news! While the number of whales are only beginning to decline, this still “may signify the beginning of another bull run.”

Is this true? Looking at the data that Glassnode uses to support this theory...sometimes. It shows that declines in the number of accounts holding more than 1,000 Bitcoin is often associated with price rises thereafter, when using a logarithmic scale. 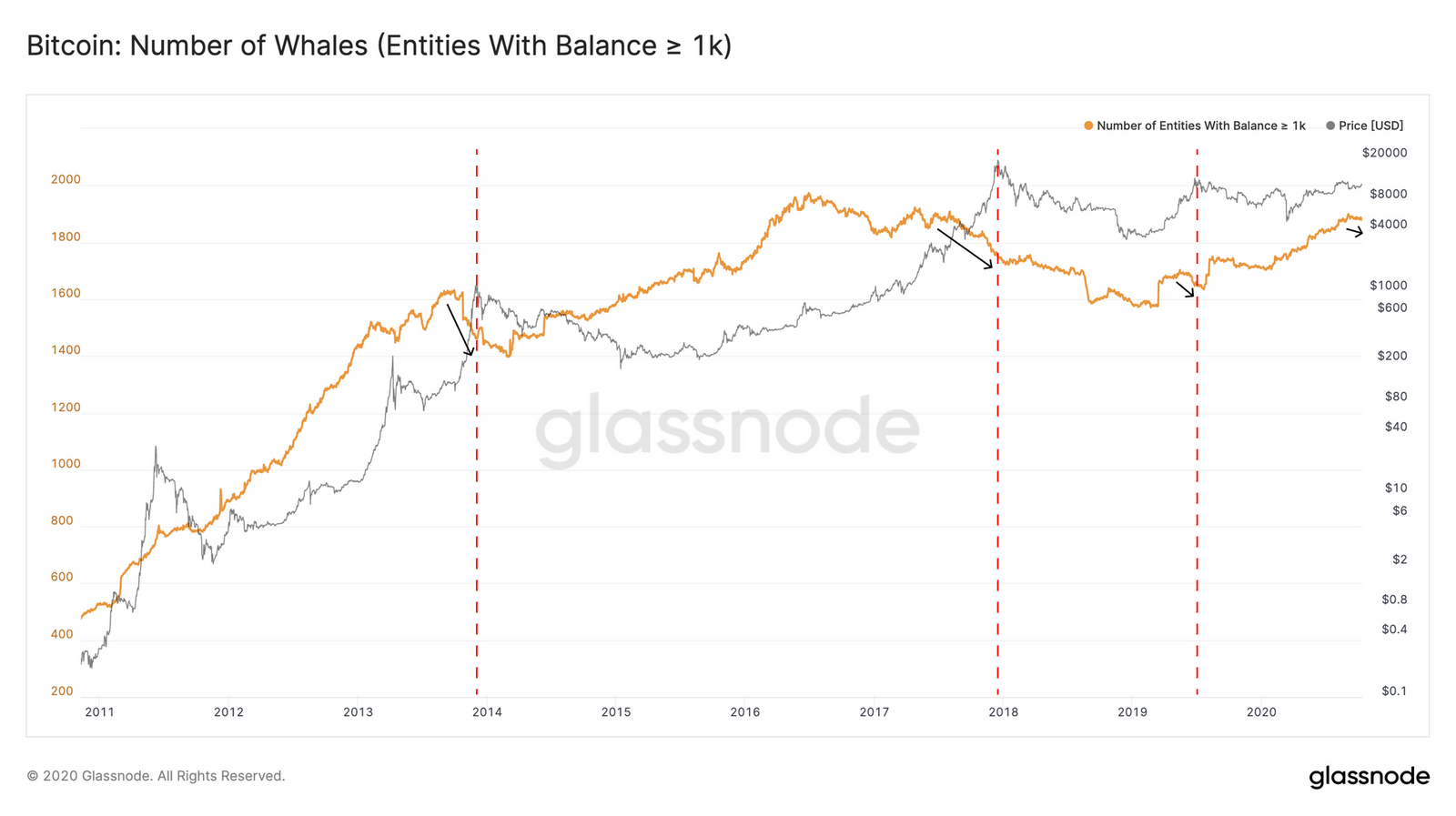 That said, a Bitcoin “whale” has meant different things over the years. A whale, as defined by Glassnode's metric for a whale, today describes entities with $11 million in their wallet. Back in 2011, that whale controlled about $200.