Hopes are being placed on Russia to save the crypto market from drowning in despair. Only this exposes a deep hypocrisy. 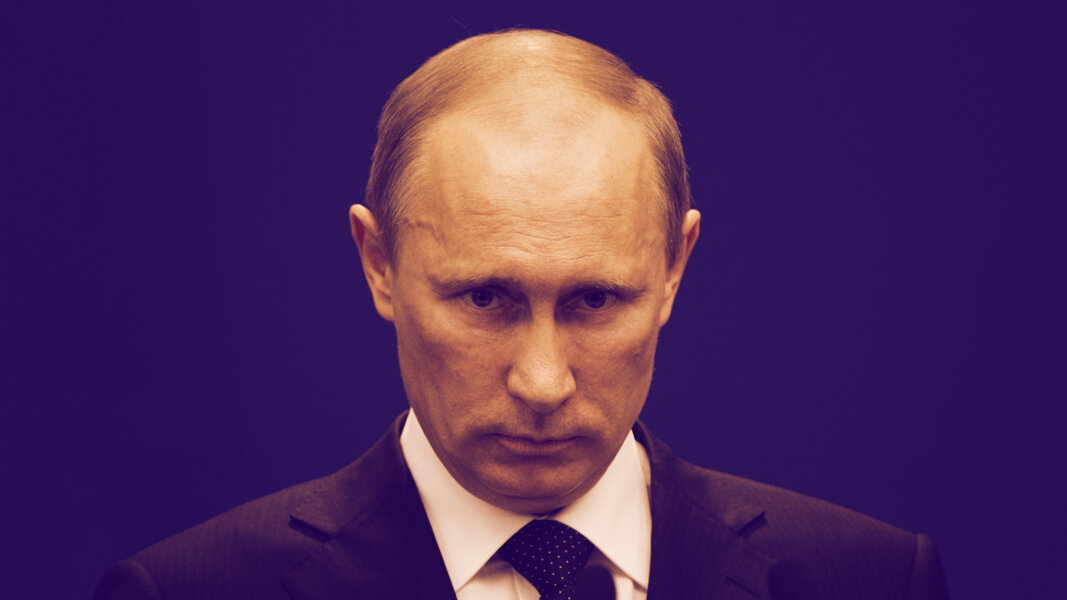 Vladimir Putin could revive the bitcoin market but at what cost?

It doesn’t take a genius to know that crypto has been on a steady slide in the wrong direction. Prices are down, hacks are up, and staff are being laid off across the board. But some are hopeful. Why? Because Russia is coming to save us all from ourselves.

Vladislav Ginko, a university professor at Moscow’s Russian Presidential Academy of National Economy and Public Administration, says Russia is about to sidestep U.S. sanctions by investing heavily in bitcoin. In an interview with Australian crypto news site Micky, he said, “I believe that the Russian (government) will start diversifying its reserves with bitcoin in February this year when the U.S. Congress will introduce new sanctions against Russia.” Naturally, the industry, and prices jumped on the news.

“Russia Will Buy $10 Billion in Bitcoin, Ditch US Dollar and Become Huge Crypto Whale: Russian Economist,” proclaimed the Daily Hodl. The article pointed to a recent tweet by Ginko which said, out of the Russian government’s $470 billion reserves, he expected $10 billion to enter the market in the first quarter of 2019. This would be sizeable as it was estimated by J. P. Morgan that only $6 billion had entered the crypto market back in February 2017 when the entire market cap was much higher than it is today.

Hot on the heels of the headlines were crypto commentators desperate to tell everyone what a fantastic ray of hope Russia really is. Mati Greenspan, senior market analyst at eToro said, in his daily newsletter, that, “the idea seems tantalizing” and recently, Anthony Pompliano, founder of Morgan Creek Digital, analyzed recent statements made by Vladimir Putin, saying, “It wouldn’t surprise me if the Russian leader is not only aware of the digital currency, but also a fan.” On Twitter, crypto trader Blackbeard asked if this makes Putin, “our lord and savior?” while Michael Nye, founder of Elevated District Media, skeptically asked if this means the next bitcoin pump will be led by Putin himself.

To be fair, Putin’s comments were suggestive. While he didn’t mention bitcoin directly, he said that Russian dollar assets are decreasing as a result of U.S. sanctions, adding, “the world will look for alternative savings and transaction methods.” Some investors may be getting ahead of the game. Looking at the markets, there has been an increase in over-the-counter trading of bitcoin in Russia—where large quantities are traded without using exchanges—which is where the real market makers lie.

But here’s the issue. Applauding a country for evading sanctions on account of its piss poor behavior isn’t a good thing. Russia has a habit of misbehaving on the world stage.

Not to mention its dalliances in crypto. Half of the $300 million raised by ICOs in Russia in 2017 went into pyramid schemes. But putting our giant skepticism aside, if Russia did bring even just $10 billion into the crypto market, that could trigger another bull run. According to that J.P Morgan analysis and a back-of-the-envelope calculation, that would bring about four times as much fiat into the market as exists currently (although this is skewed a bit as much more money is held in Tether which has a markedly different market cap than other cryptocurrencies).

That still shouldn’t justify it. Fundamentally, for those of us who want to see cryptocurrencies become widely used, they must fit in with the laws of the countries we live in, despite crypto purists libertarian ideals. And this means not being used to escape sanctions imposed for illegal activity. If Russia wants to buy bitcoin, that’s fine, but the sanctions need to apply to cryptocurrencies too. Then, and only then, should this news be seen as a positive step—if it’s even true and not just one man’s deliberate opinion.