The continuous spread of the coronavirus continues to impact markets across the globe—and crypto has caught the bug too.

Stock prices saw their worst week in over a decade. Bitcoin isn't far behind. IMAGE: Shutterstock

Bitcoin and other cryptocurrencies continue to mirror traditional markets lately, falling in tandem with them as the coronavirus tirelessly spreads across the planet.

According to a BBC News report, this week was the worst one for global stock markets since the financial crisis of 2008. One of the major and most evident factors contributing to the price crash is the coronavirus, currently overtaking most of the headlines. 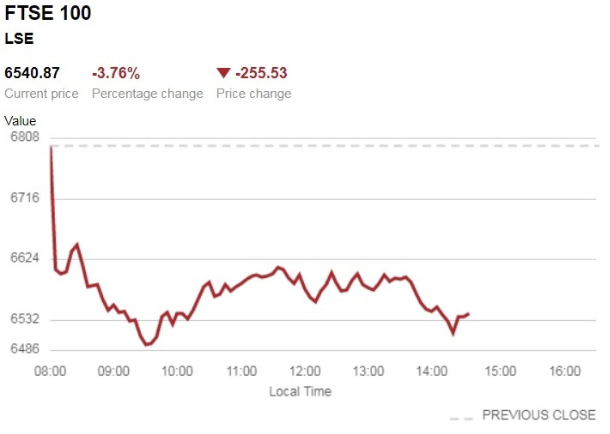 Today, investors worldwide are worried the coronavirus could spark a global recession, the outlet notes. A constant stream of reports about additional cases, such as in Italy, is raising concerns that the pandemic could have a much larger economic impact than was expected earlier.

"Previously the market had taken some comfort in the falling infection rates in China as a result of containment measures put in place earlier. But the spread of the coronavirus infection outside China, with clusters emerging in South Korea, Italy and Japan, has increased concerns significantly," Mayank Mishra, a strategist at Standard Chartered Bank, told BBC.

Bitcoin had repeatedly solidified its title of an uncorrelated asset in the past, yet for the last couple of days, the first cryptocurrency remains in the red zone, currently hovering around $8,650.

On February 26, the price of Bitcoin has dropped significantly below the $9,000 mark, when it was worth around $8,850—clearly signifying the fallen support. Furthermore, it was the first time BTC dropped below $9,000 in almost a month.

Despite reaching a 2020 high of over $10,400 less than two weeks ago, Bitcoin saw a constant decline ever since. Bears were especially active in recent days, during which Bitcoin lost five percent of its value as more than $7 billion was wiped from its market capitalization. 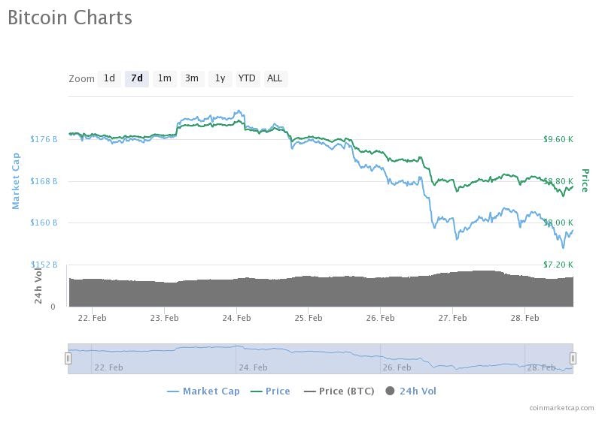 Almost every major cryptocurrency continues to experience losses, with some coins from CoinMarketCap’s Top-10 losing over five percent at the time of writing. 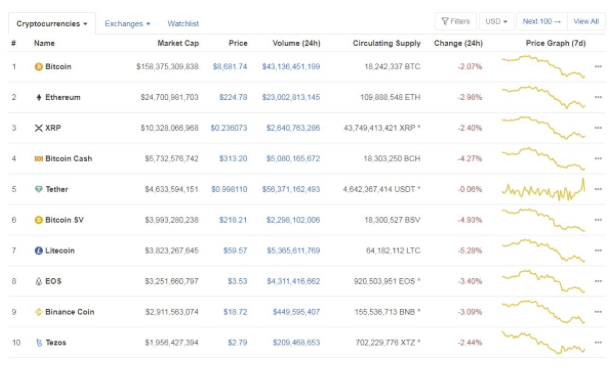 As Decrypt reported previously, the situation is getting to a point where some blockchain companies are now beginning to roll out an action plan to safeguard against the coronavirus. All the while its continuous spread is already delaying the launch of China's digital currency—the DC/EP. In the end, it looks like the prolonged crypto-winter is being replaced by a crypto-pandemic.