Tron CEO Justin Sun has a terrible case of ether envy. Why is he trying so hard to get Vitalik Buterin to call him back? 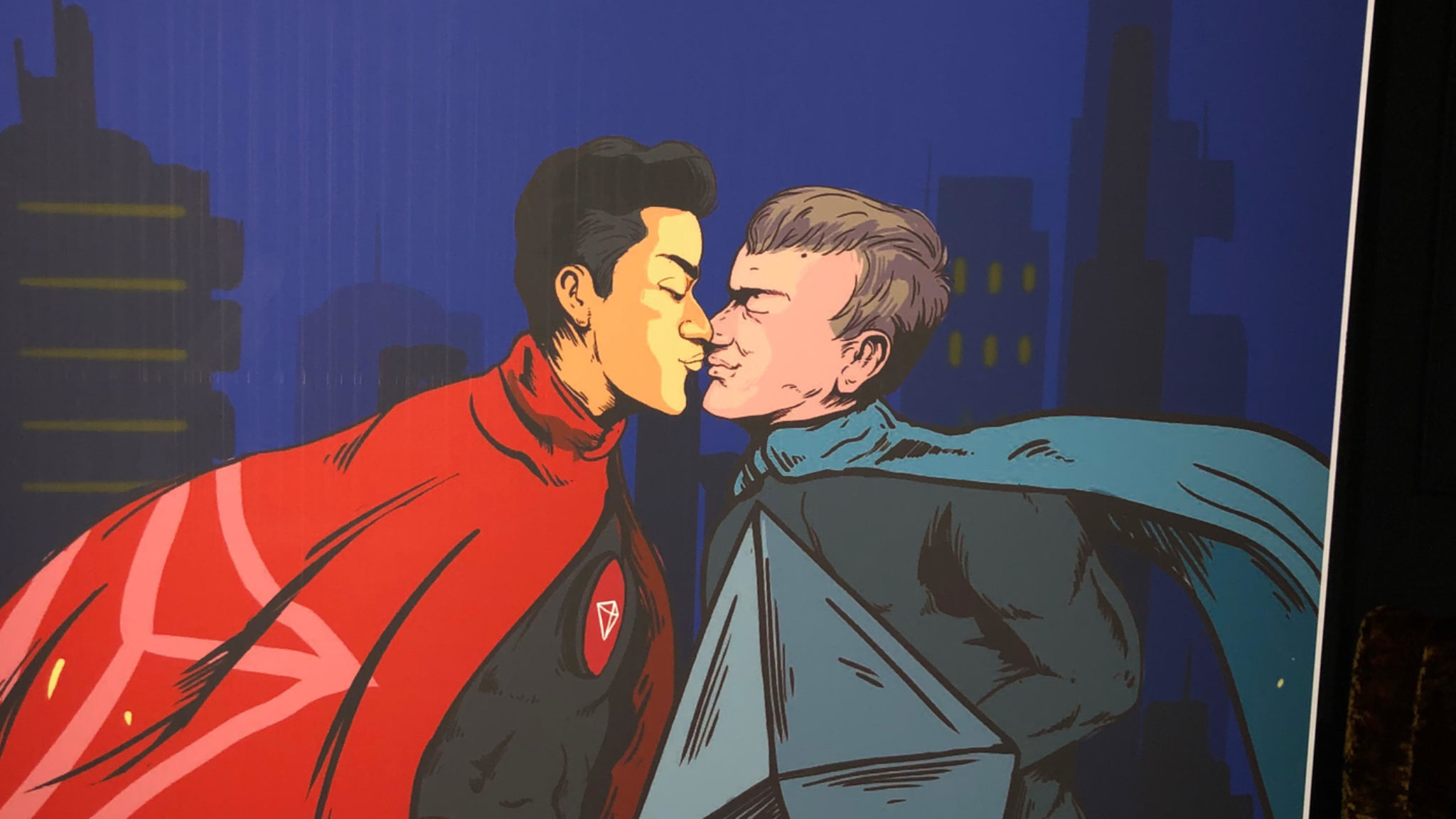 NEW YORK—Early yesterday morning, Tron’s head of communications, Cliff Edwards, hustled into the lobby of the Ritz-Carlton Hotel. He was profusely apologetic, and kept trying to call, text and email his CEO, Justin Sun, who was—very obviously—running late.

After an hour, Sun finally appeared, tired and jet lagged. He was wrapped in five layers, including a khaki-colored trench coat.

“Sorry! Sorry,” he said, smiling, and reached out a hand.

Sun, 29, is, as everyone in crypto knows, one of the more colorful and outspoken personalities in an especially colorful industry. An entrepreneur from China, he founded the blockchain-gaming platform, Tron, in September 2017, which is arguably the biggest gaming network on a blockchain, aside from Ethereum. Tron has more than 2.8 million accounts on its network with some $50 million in daily trading volume. However, the network has generated plenty of controversy almost from its start, when it was accused of plagiarizing the Ethereum whitepaper, and copying much of its code.

His current role as a one-man, crypto-publicity machine is not altogether unexpected. Initially, Sun wanted to be a lawyer, and spent four years studying history at Peking University. While there, he became heavily involved in politics—especially the Model UN, where he delighted in representing... Guatemala. He went on to the University of Pennsylvania for graduate work in Political Economics, but ultimately dismissed the idea of becoming a politician, saying politicians get just a small slice of the cake; Sun said he wanted to have the whole cake—and decide which parts to share.

He discovered crypto in 2012, and signed on as Ripple’s chief representative for the greater China region. And that’s where he met Ethereum’s co-founder, Vitalik Buterin, who, as it turned out, applied to be an intern at Ripple in mid-2013, when Sun was there.

Sun said, around this time, they used to speak often. Later, when Sun was building CallMe (Peiwo), Buterin even visited his Beijing offices. But once they started developing rival platforms—Ethereum and Tron—they stopped being in contact.

Over the intervening years, Sun seems to have developed a sort of obsession with Buterin, and frequently taunts the Ethereum godhead via Twitter. But it’s all just a lark, said Sun.

“I am just making fun of him!” he said, laughing. Throughout the interview, despite the warmth of the Ritz’s lobby, Sun stayed huddled inside his trademark trench coat. He complained that the unseasonably cold and rainy East Coast weather had given him a cold.

In February, a typical affaire de Vitalik involved a bizarre argument about an avocado. That led a few weeks later to Sun crashing Buterin’s speech at Token2049, with a man dressed as one.

Ahead of the Consensus conference in New York this week, Sun staged a “competition,” that required combatants to take photos of either himself or Buterin at the event—despite Buterin protesting that he wouldn’t be at Consensus.

Said Sun: “I knew he wouldn’t be here when I posted. But the reason we still posted was because you could take the picture wherever he is. So, it’s still running.”

(As it turned out, Buterin did make an appearance at Consensus, sulking around in the basement meeting rooms surrounded by hordes of fans.)

By contrast, it was much easier to find pictures of Sun, which were plastered across New York City.

Sun doesn’t smoke or drink. He avoids caffeine, too. The only vice he admits to is video gaming—he’s a huge fan of Red Dead Redemption, but he says he hasn’t been able to play it, or anything else, for two years.

That hasn’t stopped him from staging real-life competitions, however, such as the “take a picture of Buterin and Sun” one at Consensus.

Recently, and, it almost goes without saying, controversially, Sun ran a retweet-this-tweet-to-win-a-Tesla contest. It provoked a bit of outrage when a video appeared to show the lucky winner well before he was supposed to be selected at random. Sun conceded yesterday that  “the video itself looks suspicious” but attributed it to a glitch: “this is just something that happens when you upload a video.”

Also, some observers claimed that that some 56 draws had been made before the “random” winner was chosen.

In response to the critics, Sun rescinded the offer, and live streamed the selection of a new winner of a Tesla. But then the original winner tweeted his displeasure, and caused a stink, and Sun found himself in the unenviable position of keeping the peace by saying he’d give out two Teslas.

That didn’t end up happening either, though. Sun said yesterday that delivering Teslas to the winners was infeasible. The first winner, Uziel Garcia, lives in Puebla, Mexico and, per Sun, said he didn’t want one because it might get stolen. The second winner, Lee Huynh, lives in Vietnam where Teslas are rare, so it would be difficult, if not impossible to have it serviced.

In the end, Sun said he gave $28,000 each to the winners, which, he explained, represented the price of a Tesla, less taxes.

Predictably, the Twitterati vented their 280 characters of disgust—they wanted to see actual Teslas go to the winners, after all.

The situation turned toxic, and Sun fired his director of marketing.

“We wanted to give them Teslas because it would have more publicity, and draw more eyeballs,” Sun said yesterday. But Twitter was a tricky place to try to run a random lottery. “The outsider thinks this is really easy, he said. “But this is a place nobody explored before. We had lots of unexpected circumstances.”

“We started to understand the importance of the transparency.”

“It’s very hard to eradicate them,” he admitted.

Sun said he reports fake accounts to Twitter all the time, but, aside from getting a canned response from Twitter Support, the ‘bots continue to swell the ranks of his followers. “It is crazy,” he said. “This is related to the Twitter philosophy of non-intervention. Twitter has long been a wild west.”

He added that he was still getting used to Twitter.

“You love it,” Edwards chimed in.