Mick Mulvaney, Trump’s new Chief of Staff, is pro crypto. But not in a good way. 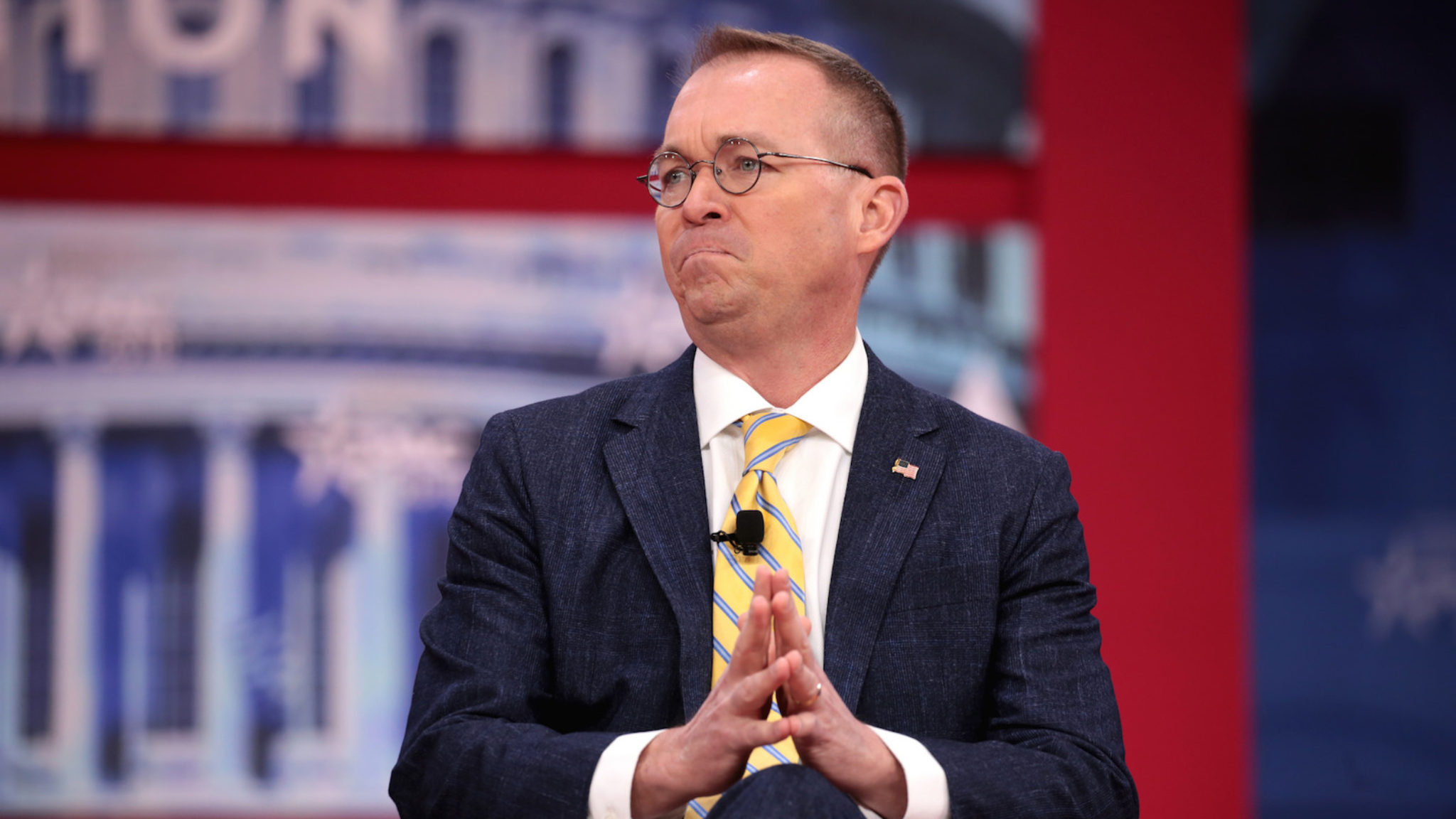 The appointment of Mick Mulvaney to the role of White House Chief of Staff is getting uncritical crypto bros hot:

A lot, you see, is being made in Cryptoland about how Mulvaney—formerly of the Office of Budget and Management and the Consumer Financial Protection Bureau—spearheaded the Congressional Blockchain Caucus, a committee devoted to exploring the application of blockchain technologies in FinTech. At the Caucus, Mulvaney said that “Blockchain technology has the potential to revolutionize the financial services industry, the U.S. economy and the delivery of government services, and I am proud to be involved with this initiative.”

Meanwhile, according to Mother Jones , Mulvaney told audience members at a gathering of the far right John Birch Society that the Federal Reserve had “effectively devalued the dollar” and “choke[d] off economic growth.” But Bitcoin, he told the Birchers, is “not manipulatable [sic?] by any government.”

Never mind what this means for the ultraconservative, anti-government, commie and civil-rights hating Right. What about the few of us who aren’t that way in the Cryptoverse?

Perhaps the mere proximity of Mulvaney and his opinions to Trump will affect the president’s decision making. Indeed, that’s how Trump rolls; were Mulvaney to whisper “bitcoin” in his ear enough, the big man might even invest himself. Assuming he hasn’t already.

Julia Herbst at BREAKER, similarly, suggests Mulvaney could influence policy, making the regulatory world safe for blockchain. It is, however, just as possible that Mulvaney could pursue its deregulation in a way that’s dangerous to investors. As the Washington Post reported, Mulvaney presided over a 75 percent decrease in enforcement actions as director of the Consumer Financial Protection Bureau, a financial fraud watchdog, just as complaints sent to the Bureau were increasing.

From the standpoint of take-the-brakes-off, hang-all-the-regulators Trumpism, that’s a plus. The fewer nosy Government regulators interfering with unbridled capitalism the better! And it’s even more attractive from the standpoint of Trump himself: the family bank, Deutsche Bank, is all in on blockchain. If only Trump had been transacting all his business in crypto...

Lest we make a mountain of a suspicious mole, we can assume that Mulvaney, like the other chiefs of staff before him, will mainly be babysitting El Presidente, playing the fool and trying to keep him happy. With the Mueller investigation drawing to its fiery denouement, the last thing Mulvaney has time for is mucking about in the crypto regulatory mess. And after years of uncertainty, and as it inches toward sensible regulation, a freebooting White House deregulator is the last thing the industry needs.