The month-old project sees $3 million of its token traded daily and is one of the most degenerate economic experiments to come out of this summer’s DeFi craze. 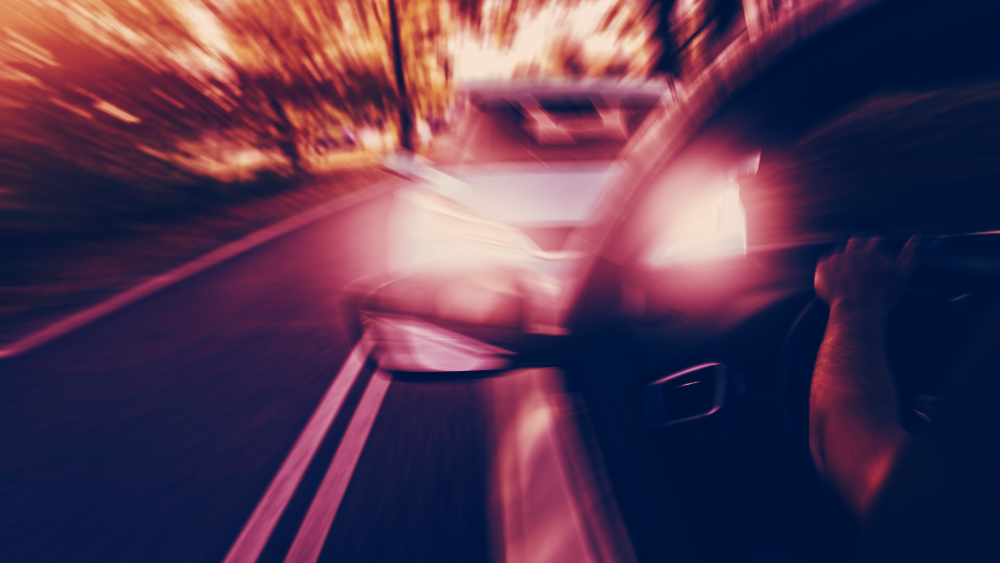 The latest DeFi craze is a game of chicken.

Experimental decentralized finance project Based.Money knows its audience well. Take a look at its homepage, which is plastered with absurdist animations: A Tesla Cybertruck shuttles to and fro while the dismembered head of Vitalik Buterin tumbles upward. It even has its own vaporwave, soundtrack ripped from a “LoFi beats to code to” playlist.

The aim is “to keep blockchain weird and to continue in the spirit of the original cypherpunk movement,” one of its creators, a full-time Silicon Valley tech worker who operates beneath the moniker “Based Money God,” told Decrypt.

But strip away the memes and you will find in the one-month-old project, which reached a market cap of $59 million and whose 2,837 wallets trade $3 million of the token each day, one of the most degenerate economic experiments to come out of this summer’s DeFi craze.

Its premise, loosely based on the Ampleforth DeFi project, is far from simple. But the nuts and bolts of it are thus: Every day, there’s a chance that its protocol will “rebase,” meaning it will try to recalibrate the price of its coin, $BASED, to $1. Like central banks trying to manage an economy, Based.Money does this by manipulating the amount of $BASED in circulation. But unlike central banks, Based.Money does this by manipulating your supply.

How to 'win' at Based.Money

One way to “win” at Based.Money, is to collect extra tokens from a rebase, then sell them at a premium before the next rebase occurs.

The other way is simply to endure the risk of investing in an anonymous, unaudited project with an opaque economic model. Its 40-page whitepaper contains only the word “Chicken” several thousand times, and its creators, the “Ghouls,” who built the project in under two weeks, have burned the private keys to the smart contracts.

Chaos ensues in this “DeFi game of chicken,” whose coin has wildly fluctuated by hundreds of dollars each day since its launch on September 2. But that’s part of the fun, claims Based Money God.

Based Money God: The man. The legend.

Based Money God says he is one of the so-called “Ghouls,” a fungible, anonymous group of a half-dozen, bored, well-paid American tech workers in their twenties and thirties, who are disenchanted with the large crypto companies they work for.

He said that when he got into the field in 2011, crypto felt like a secretive project whose community huddled on the edges of the dark web, where partisans ranted about the government, freedom, and trading illicit goods on the Silk Road darknet market. Stumbling upon it felt like finding something exciting and exclusive, he said. It’s no coincidence that the 90s aesthetic, styled like a Nintendo 64 game and with a vaporwave soundtrack, harkens back to simpler times.

In the years since, crypto fattened up into the $330 billion industry it is today. Venture capitalists lead the show and crypto projects suck up to large companies to get them to use their products, he said.

“After having been within this space for so long, it's obvious that it isn't decentralized: that's just a carrot on a stick,” Based Money God said. “It’s just a bunch of bullshit. And in the end, you end up with something that is ingenuine. And it's because you have to appease your masters. I don't think that's why we got into this space, or why it was created.”

The Ghouls jump on the DeFi bandwagon

So when this summer’s DeFi craze came around, the Ghouls jumped on the DeFi bandwagon to boost the cypherpunks to the top of high finance. According to its website, Based.Money came with no premine and prevented any single address from buying up the first batch of its coins—still, buying tokens from several wallets was a feasible workaround. Further, the team claims that an exit scam is impossible since threw away the keys, and Based Money God said they have promised not to buy too many of the tokens.

Sure, they could, but for Based Money God the project seems almost therapeutic. “I felt very stagnant. And just now I wanted to do something that really sparked that excitement and then share it with others,” he said. The mystique of anonymity, a giant “money game,” the endless memes: “I don't want to be stuffy or pretentious. We want to have fun.”

Based Money God said that the team is busy working on building an upgrade to the protocol, Based v1.69, as well as “moonbase,” a mysterious project that appears to be a portmanteau of “moon,” crypto parlance for a coin that rises in price, and “Coinbase,” the popular, straight-laced cryptocurrency exchange. He also said that the team is focusing on “promoting collaboration.” This means sending memes to its Telegram chat.

For those eagerly awaiting $BASED v1.69, we have a surprise for you. Moonbase provides a brand new #DeFi primitive that brings coordination to the next level. Launching in T-minus a "few days." Buckle up. pic.twitter.com/lTXBCwfCEy