Get your cat to pay its own way

An interview with a guy who put his cat on the blockchain. 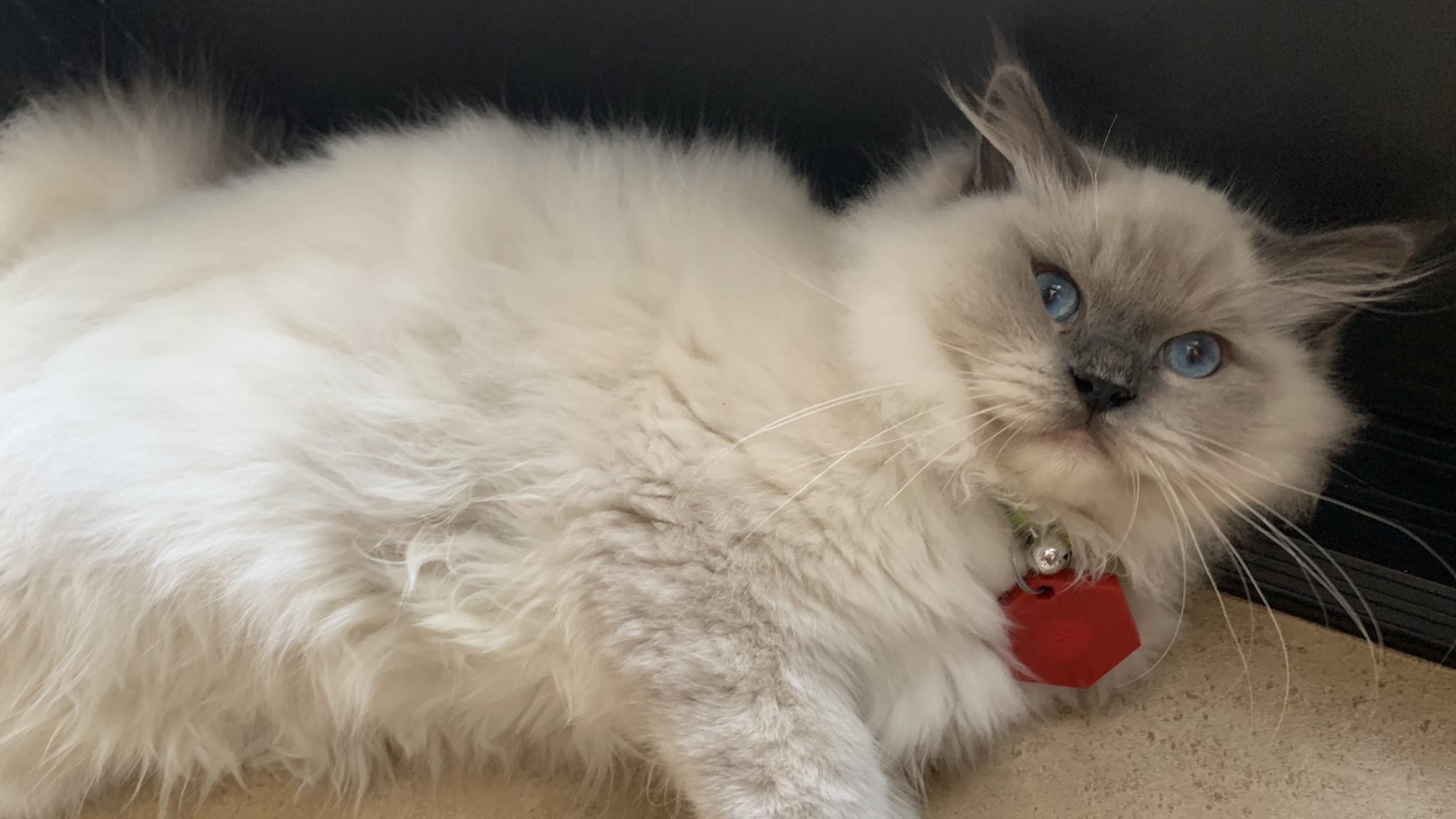 Some weeks ago, a mysterious tweet surfaced, alleging that somebody had gotten their cat to mine cryptocurrencies. Was there really an innocent kitty in a dank basement somewhere, computing hashing algorithms? Puss-in-boots, chained up to an ASIC? The thought was too much to bear. So we investigated.

After roughly a few grueling minutes of Googling, we traced the clip to XYO, an ICO specializing in location data, and contacted the company.

“My guess is you've seen Scott's cat videos,” Larry Smalheiser, XYO’s communications chief, replied. He then handed us over to Scott Scheper, XYO’s co-founder and an amiable crypto bro, who wears a baseball hat backwards in company YouTube videos. Scheper brought in his cat, Mr Bigglesworth, the feline who is at the heart of this story, and who, as it turns out, is not exactly a miner.

Mr Bigglesworth, a turquoise-eyed ragdoll cat, is more of a “geominer,” Scheper explained.

This means he patters around with a bluetooth brooch around his neck, 24/7. The brooch transmits data signals to other devices nearby, if there are any. Owners of those devices can purchase a “proof-of-origin” stamp from Mr. Bigglesworth’s brooch that proves they’ve been where they’ve said they’ve been.

Hypothetically, workers paid based on where they’ve been and when—say, Amazon deliverymen or junkyard security guards—could feed this data into smart contracts and get automatically reimbursed. By way of a walking cat-beacon.

Though Scheper chose Mr. Bigglesworth as his test subject primarily for comic effect, in doing so he made a serious breakthrough.

“It’s the first time in the history of the world where someone has created a way for pets to earn money, passively,” explained Scheper. He reached for a more direct sales pitch: “This could be a great way for your pet to earn you digital currency.”

Scheper blissfully imagines a world in which Mr. Bigglesworth is so loaded that his owner (Scheper) no longer has to shop at at 7/11 to put food in MB’s bowl. Instead, they can get the luxury stuff off Amazon: “Organic...wet...cat food,” he drooled.

Cats with high enough wages, he speculated, could even, by way of their owners, donate some of their proceeds to animal-focused charities. “Instead of your cat sending tokens to your address, you can send it to PETA, so your pet can keep pets alive,” he mused.

Sensing Scheper's reckless cat-talk was veering dangerously off-brand, Smalheiser, the communications guy, made it clear that there was more to XYO's business strategy than turning cats into wage-slaves. We assured him that we knew that.

Mr. Bigglesworth is pissed at being a wage-slave. PHOTO CREDIT: Scott Scheper

Still, we have questions. Is Mr. Bigglesworth actually making an actual profit, as we speak?

“No,” admitted Scheper. “He’s not making $20 a day. But that could happen, after November 9.” That’s the day, he explained, that the XYO Network will go live, and the company will start subsidising it with tokens to provide liquidity. (The company raised $12 million in a token sale in May). But until then, Mr. Bigglesworth is an unpaid intern.

Nevertheless, Scheper’s hopes for Mr. Bigglesworth’s career success are genuine. “If my cat, starting after November 9, can geomine and get 10 bucks a day, that’s still enough,” he said, hopefully.  We hope so, too. It’s about time those filthy animals started pulling their own weight.