At the Web3 Summit, Ethereum’s Vlad Zamfir, Filecoin’s Juan Benet and Arthur Breitman of Tezos spoke to us about governance. 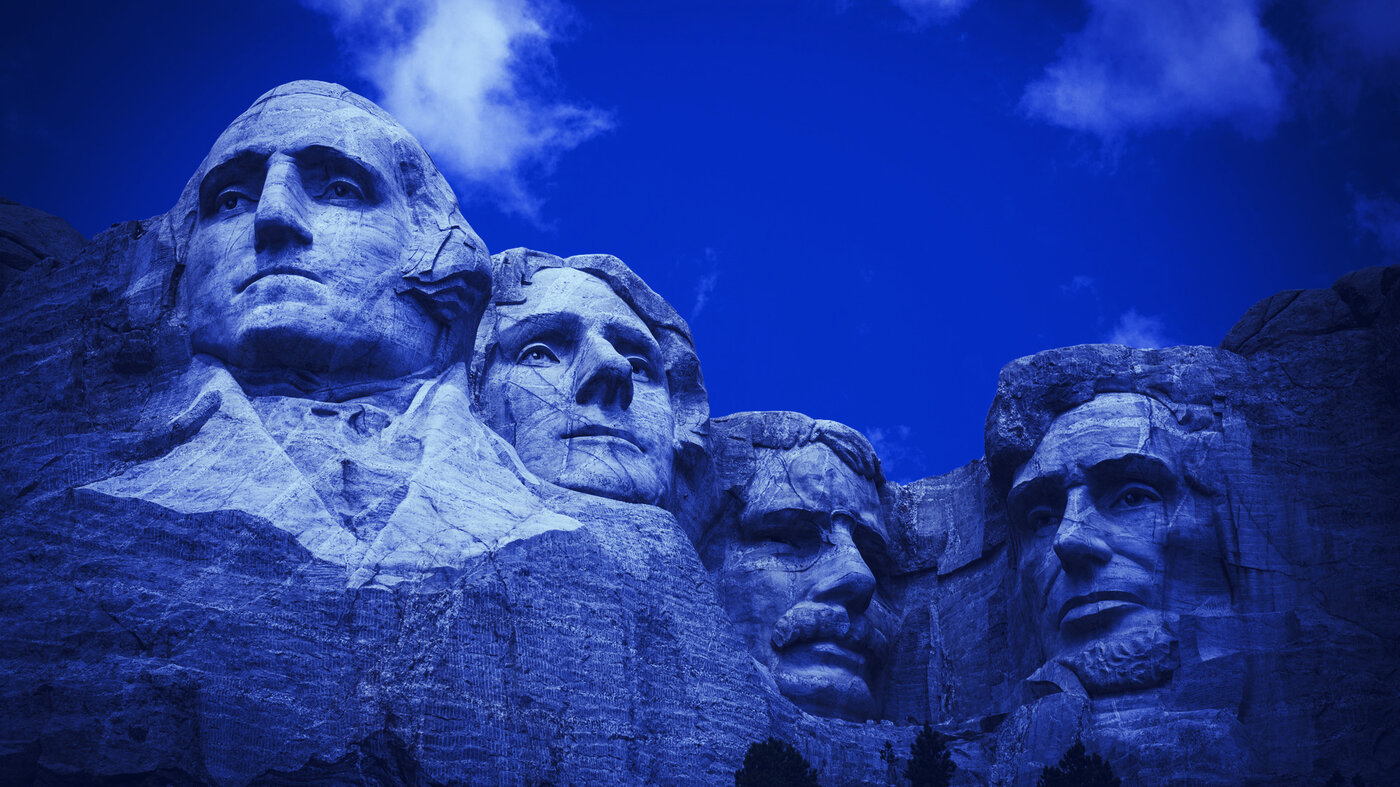 Governance is a sticky wicket they don’t have to worry about anymore. IMAGE SOURCE: Shutterstock

Like “government,” the word “governance” derives from the Greek verb kubernaein, meaning--loosely--to steer. James V of Scotland was one of the first to use the word, in correspondence with England's answer to the governator, Henry VIII. It says a lot about how fiendishly complicated governance is that the models of authority and power it refers to typically take decades, if not centuries, to mature (Scotland and England are still trying to sort it out).

In the crypto realm, like with so many things, issues like this take place on an expedited timeline. While humanity took two million years just to work out how to write, blockchain developers are knee-deep in the existential quagmire that is governance just ten years into its inception. It’s like cavemen comparing the merits of feudalism over authoritarianism.

At the heart of the issue is who dictates and enforces the rules of the system if and when things go wrong, and how they go about this. While this may sound as interesting as filing an expenses form, it's incredibly important—and fascinating too. Because, in the Web 3.0. world, where protocols and dapps are created and set free to live on the decentralized web forever, questions about how they will evolve—and who makes those decisions and how they are made— are critical. Witness the fate that’s befallen peer-to-peer communication protocol, self-branded “revolutionary” Twitter alternative, Gab. Lack of a clear policy to deal with unforeseen catastrophes meant that it’s now irrevocably tarred.

So, during the inaugural Web3 Summit, which took place in Berlin last week, the debate on governance in decentralized systems unsurprisingly, took center stage.

Getting to the crux

It’s a polarizing topic, the intricacies of which deserve more space than we have here, but the crux, to most, is that there are two camps: off-chain and on-chain governance, both believe they are right, and the other, ludicrously wrong. The former is what most projects currently use, i.e. there’s a bunch of people connected to the project who steer the ship as and when. Most would describe this idea as sorta centralized. On-chain governance meanwhile is a very different beast: the rules for instituting changes are encoded into the blockchain protocol and take place automatically. It’s like giving a child a slingshot and leaving it to work out the rules of how and when to use it. Like many other debates currently taking place in crypto, whenever two camps come together, the tribes tend go to war.

To be fair, the Summit debate was a little unbalanced: we had, in the red corner, and favoring on-chain governance, Parity’s Gavin Wood, as well as Arthur Breitman of Tezos. And, in the blue corner, sticking to his off-chain principles, Ethereum’s Vlad Zamfir. At ringside were Filecoin’s Juan Benet and Trent McConaghy, co-founder of Ocean Protocol, a decentralized data exchange.

McConaghy began by pointing out that decentralization has the advantage of having no single point of failure. But it also opens up questions—how do you update a protocol? Who proposes the changes? And who makes the final decision to implement the changes?

“If it’s just one person, or [even] three people that decide, that’s not so healthy,” said McConaghy.

“If you only get to decide based on how much money you have, how many tokens you own, that’s probably not so healthy either, because then we have the [potential input of] big money"Trent McConaghy, Ocean Protocol

“If you only get to decide based on how much money you have, how many tokens you own, that’s probably not so healthy either, because then we have the [potential input of] big money interests. Yet, at the same time, if you make it fully democratic—one citizen one vote—then what about people who have no stake in the game? So how do you balance that? How do you avoid capture? How do you avoid that single point of failure yet still have a way to update the protocol? That’s really the heart of governance in the blockchain system.”

It’s a slippery question that wriggles around whenever someone tries to pin it down. Yet despite this, the event’s hosts (that is, the Web 3 Foundation) together with many of the speakers there, are coming out confidently in favor of on-chain governance. With the work that’s been done by Dash, Decred and the recently launched Tezos mainet, McConaghy believes we’re much nearer to achieving a blockchain that can manage itself than we were a year ago.

In an attempt to counter the on-chain onslaught, prior to the debate Zamfir scribbled his off-chain manifesto as a sort of rear-guard action to what was to come at the Summit.

But, in the main, the attendants at the Summit still weren’t buying in what he had to say. “They’re into this coin-voting based model that I think is kind of plutocratic and not a good idea,” he said.

Zamfir is firm in his belief that on-chain governance is in danger of “disenfranchising existing participants from blockchain governance,” and “capturing our governance procedure in the future.” Why? Large corporations could come in and buy up voting rights, he believes. “There would be, like, eight dudes--at the most--who control the system, like the concentration in the rest of society and corporate governance.” The question continues to slither.

One project that’s taking a more test and learn approach to governance is decentralized storage solution startup, Filecoin. In 2017, Filecoin’s ICO became the largest token sale in history, collecting $257 million. So it was fascinating to hear Filecoin founder, Juan Benet set out out his vision.

Though Filecoin is still experimenting and exploring systems of governance, Benet said that the company is currently following an off-chain approach, with a “traditional governance structure” and “a set of people reviewing extension proposals to the protocol and a community-driven structure to pass this.” Which we take to mean that everything pertinent to the code is as rigorously managed as is possible in an off-chain system.

Benet is mindful of dangers in on-chain governance: “We’re hesitant because we’re not yet sure how the voting structure there should really work. Democracies are really hard to get right. Imagine if everything was a referendum.”

One of the experiments that Benet has his eye on is Tezos, which calls itself a “self-amending ledger,” meaning that anyone can submit a change to the governance structure in the form of a code update. Tezos requires would-be voters to hold 10,000 XTZ in order to cast a vote. However, small token holders can delegate their voting rights to whomever they want. Additionally, while the initial voting mechanism is pre-defined, the governance process can even change the voting mechanism itself as the network evolves.

“I would love to be able to show what this governance model can do beyond just voting,” Tezos co-founder, said Arthur Breitman. “One of the things is constitutionalism. The idea behind it is that you could restrict the type of thing you could vote on, or have different thresholds. For example, you could create a rule that says you can not inflate beyond 10 percent a year and, if you want to amend that rule, first you need to repeal that rule and then you require a stronger majority… so you can make rules that are harder to change than others. It can be done programmatically, I think that’s cool. I like to show that as a possibility because it will get people thinking about what other things you can enforce.”

Breitman believes that governance does not have to enter into every corner of the process. “You want to be able to improve your consensus algorithm, your type of transaction, your cryptography. You want to be able to change all those things, progressively, but I think it’s a bad thing for governance to get involved in things like contract balances. I don’t think it’s there to fix mistakes that happen in smart contracts.”

Giving, as an example, the crisis that engulfed Parity last year (when a bug in a smart contract led to a vote among the community as to whether it should fork in order to recover lost ether), Breitman said that, while it wasn’t the end of the world, it also wasn’t what on-chain governance should be used for.

Along with Breitman and Zamfir, Gavin Wood joined the governance discussion that took place in the final hours of the conference, in a smaller, wood-paneled room, a former recording studio at the Funhkaus. There was standing room only, with everyone keen to hear what “the founding fathers,” as some were calling them, had to say.

Perhaps it was the intimacy of their surroundings, the two-to-one imbalance in opinions, or a reluctance to tear each other to shreds for the entertainment for the audience, but the sparks failed to fly. Instead what we got was a debate more akin to a trio of academics, disagreeing with each other in the politest of ways.

So, if the spectators were secretly hoping there’d be fisticuffs, they were disappointed, the debaters largely focused on the similarities in their beliefs and the importance of defining what should and shouldn’t be governed.

Bad governance, said Wood, can lead to schisms within a community, just like within the Catholic church hundreds of years ago. The human features that characterize the process must also be taken into account and are a problem that will likely never be solved. He added that “the price of freedom is constant vigilance.”

So, the reality is that, decentralized or not, people will still be needed to run these systems or at least loosely steer them. And things will still inevitably go wrong, much as they did for Henry VIII when he was shaking up England’s constitution and working out the very meaning of the word governance. A space to watch, just don’t expect the issues to be resolved anytime soon.